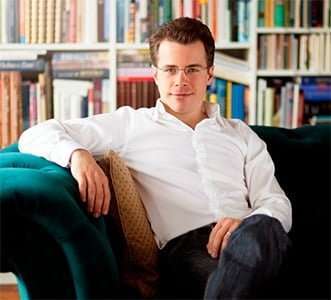 Bohemian Legends is the title of a trio of Philharmonia Orchestra concerts focussing on three Czech composers whose personal as well as professional connections gave rise to a musical life that, as Mark Audus indicates in his extensive programme article, ‘‘was not so much collegial as familial.”

If by no means a late starter, Janáček was certainly a late developer who only hit his stride as a composer as he approached his forties. Jenůfa, his third opera, was the work that finally made his name – though not before a lengthy genesis which saw the intended overture left to make its way as a concert item. Compact though eventful, Jealousy (1895) makes an arresting curtain-raiser – its Sibelian contrasts of baleful brass and imploring strings vividly rendered in this gripping performance under the attentive direction of Jakub Hrůša. 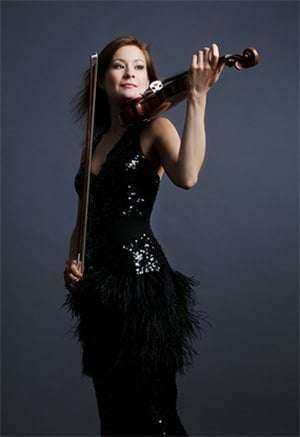 Long in the shadow of its cello successor, Dvořák’s Violin Concerto (1880) has come into its own over recent years – its relative unorthodoxy of formal design not getting in the way of its expressive richness. Nor is this is a virtuoso vehicle, as Arabella Steinbacher confirmed with her forthright yet never too demonstrative approach in an opening Allegro which emerged as weightier and less evidently preludial than it often does, while a melting transition meant that the Adagio was launched in ideal fashion and its emotional warmth intensified without being disrupted by those outbursts towards its centre. The final Allegro was less impetuous than is sometimes the case (though all three movements are qualified with ‘ma non troppo’), but there was no lack of buoyancy in its engaging progress towards an uninhibited and exhilarating coda. A winning account, then, by one of the finest from an era abundant in world-class female violinists. Steinbacher returned for a consummate reading of the ‘Obsession’ Prelude from Ysaÿe’s Second Solo Sonata – Bach and the ‘Dies irae’ rubbing shoulders in ominous fashion.

After the interval, a rare revival (outside of Czech-speaking territories) for Prague (1904) in which Josef Suk pays tribute to his home city at a time when the urge towards Czech autonomy was once again gaining momentum. Its evocation of time(s) and place are channelled into a symphonic poem whose sectional progress is offset by the magical initial depiction of dawn over the city and an ethereal interlude (enhanced by a dextrous contribution from concertmaster Zsolt-Tihamér Visontay) that, coming mid-way through the rhetorical development in this extended sonata design, lightens the mood appreciably. Nor was there any risk of sprawling, as Hrůša kept a firm grip on events (which likely fulfil more than a purely musical purpose for those familiar with Czech history) prior to a grimly determined reprise and emergence of an apotheosis which, whatever its tendency to overkill, had an impact made tangible through the thrilling immediacy of brass and organ as this unwieldy though highly appealing piece – after which its composer’s outlook changed irrevocably – powered to its thunderous close.

Following this with Janáček’s Sinfonietta (1926) might in itself have been too much of a good thing, but Hrůša was mindful not to over-project the opening ‘Fanfares’ so that it did not pre-empt the alternately sardonic and heroic evocations of ‘The Castle’ or the warmly nostalgic overtones, giving rise to the most volatile emotions, of ‘The Queen’s Monastery’. The incisive rhythmic uniformity of ‘The Street’ did not preclude a glinting humour, while tension over the lengthy cumulative build-up of ‘The Town Hall’ was superbly controlled on the way to the climactic re-entry of additional brass for an intensified restatement of the opening intrada. Here again, Hrůša underlined his long-term convictions by keeping enough in reserve such that those final bars capped the whole with their irresistible sense of finality.

Those able to arrive at the Royal Festival Hall earlier than the concert would have heard the conductor offering an introduction and also enjoy performances of two contrasting chamber works by Janáček. Despite its detailed and often whimsical programme, Fairy Tale (1910) is a cello sonata in all except name – its succession of speculative, evocative and decisive movements ably rendered here by Yuki Ito and pianist Kumi Matsuo. The tensile emotions of Capriccio (1926) are a harder nut to crack, though this account by musicians from the Royal College of Music under James Murray – Natsumi Ikenaga calmly assured in the tricky left-hand piano part – had the measure of what is a recalcitrant piece even by the standards of Janáček’s last creative phase. A fine start then for this enterprising series, with further concerts scheduled for April 13 and May 15.