Bohemian Legends, the Philharmonia Orchestra’s short series of Czech-music programmes conducted by Jakub Hrůša, came to an end here in a pertinent coupling of Dvořák’s culminating orchestral work and that which marked his pupil Josef Suk’s breakthrough to a more elevated level of achievement. 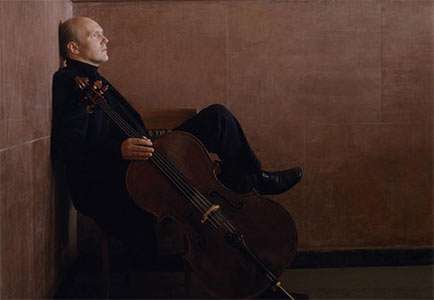 Hard now to imagine a time when Dvořák’s Cello Concerto (1895) was neither the defining work of its genre or the repertoire staple it has long been. Certainly Truls Mørk approached it with that unaffected reverence such as informs so many of his performances, not least in an opening Allegro that build steadily from a slightly staid initial tutti: the second theme soulfully declaimed by solo horn and the central development surging forth to a climactic statement of that theme, even if tension over the remainder of this movement was only fitfully maintained. The Adagio was the highlight here – Mørk and Hrůša being at one in conveying its reflective though not untroubled expression, not least in those brief yet potent orchestral outbursts whose agitation calms only in the eloquent final pages. The finale was launched at an ideal tempo, its rhythmic brio vividly rendered, though the more ruminative episodes did not avoid that tendency to inertness so that the extended coda – a late addition to which the music had already been leading – lacked the inward intensity needed to clinch the work as a whole.

A fine as well as probing account even so, not least for Hrůša’s unobtrusive and insightful accompaniment. He returned after the interval for a performance of Suk’s Asrael Symphony (1906) – now no longer the rarity it once was, and one in which Hrůša demonstrated a sure control over its long-term formal expanse and Mahlerian range of expression. Thus the first movement had a cumulative impetus from its sombre opening, through the respectively defiant and rapturous themes then a forcefully projected development and tensile reprise, to a peroration whose anguished intensity lacked only the last degree of power as it subsided into the depths. The ensuing Andante was ideally rendered as an intermezzo whose funereal undertones are shot-through with a glancing irony at its most acute in that mesmeric passage when pizzicato strings engage in disembodied interplay. If the sardonic opening section of the Vivace that follows seemed just a little too reined-in, the central trio was guided to a climax of rapturous emotion, before the closing section built inexorably to its implacable final bars. 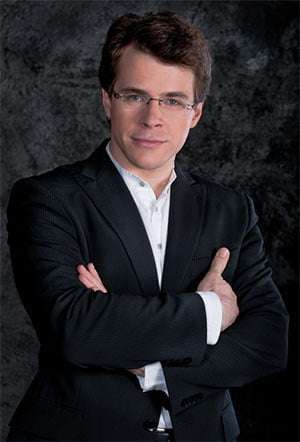 Hrůša then inserted a lengthy pause before embarking on the work’s second part and rightly so, as the intervening death of Suk’s wife inevitably changed its nature from the objective tribute to Dvořák as originally intended to the subjective – if no less finely achieved – commemoration that it became. Such is evident in the Adagio that now emerges, whose effortful main theme alternates with melodic ideas which recall Suk’s earlier music – now heard in an altogether more realistic perspective – on the way to an ending of numbed regret. After this, the finale was purposefully if slightly too circumspectly launched, though the main Allegro had no lack of energy as it strove onward through a polyphonic build-up – superbly articulated here – to a powerfully sustained climax that yet did not pre-empt the lengthy coda, in which Suk revisits the work’s very opening theme in a mood of rapt though by no means escapist transcendence. Throughout, the Philharmonia Orchestra’s playing was at one with Hrůša’s conception of a piece that, whether or not its composer’s greatest achievement, surely remains his defining statement.

It was a fitting conclusion to a worthwhile cycle in which Hrůša’s rapport with the Philharmonia was such as to make his future appearances the more keenly awaited. Hopefully, too, he will yet tackle one of the other components from the tetralogy that define Suk’s creative maturity.

No Janáček in this concert but, beforehand, Hrůša and Czech scholar Mark Audus introduced his song-cycle The Diary of One Who Disappeared (1919) – among the most singular pieces from the composer’s extraordinary final decade, in which tenor Nicholas Mulroy and pianist John Reid evinced a sure understanding of its intuitive traversal from innocence to experience. The soprano Rachel Cox, mezzo-sopranos Josephine Goddard and Wendy Dawn Thompson, and contralto Maria Ostroukhova (these latter four all from the Royal College of Music) added to the music’s expressive immediacy as the gypsy woman and offstage ‘Greek chorus’ respectively, abetting the impression of a work which seems to evolve almost as it is being heard, a quality in which Janáček has few, if any, peers.