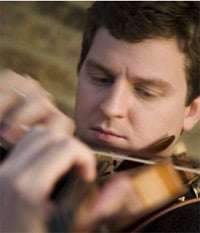 Philharmonia Orchestra concerts sometimes come in pairs. It’s not mandatory to attend both, but why not open your ears to some spice (Music of Today is free and informal) so as to leaven the sweet familiarity of something like ‘Max Bruch’s Violin Concerto’, as it is sometimes now called (such billing being completely ignorant of his other violin-and-orchestra pieces, such as two further concertos, Scottish Fantasy, and the large-scale, four-movement Serenade). Still if we must have the G minor Violin Concerto day-in, day-out – great piece, by the way – then James Ehnes is a very good choice to play it. Poised and unexaggerated, Ehnes gave us a very musical account, unsullied, immaculate in technique, and with an interactive accompaniment from the Philharmonia Orchestra that was rapt, ardent and energetic. One might mention that Ehnes over-vibrated the central Adagio (which could have been broader in pace; as Nathan Milstein and David Oistrakh demonstrated in recordings, this movement responds well to spacious treatment), and that come the concerto’s final bars there was a forced acceleration that somewhat undid the integrity of the preceding twenty-five minutes. Nevertheless, this was an estimable performance from all concerned, and Ehnes’s solo Bach encore, the odd glitch aside, was pure without being impersonal. 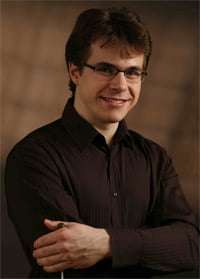 The early-evening Music of Today recital, hosted by Julian Anderson (MOT’s Artistic Director), featured Christopher Trapani, born 1980 in New Orleans, who conversed with Anderson to introduce two of his pieces. Both were receiving their UK premieres, information not stated in the programme but confirmed to me later. don’t know what alright even means (2009) has its roots in the death of a friend and the recent music of Bob Dylan, and embraces “the texture, timing and idiomatic gestures” of popular music. This may not be immediately evident during the 7-minute piece, scored for clarinet, harp, piano, viola, cello and double bass, but it is certainly elusive and intriguing with its whispers, interjections and fragments of melody, as well as in the use of microtones (the pitches between the intervals of a piano). Üsküdar (2008) – for piccolo, flute/alto flute, cor anglais, clarinet, bass clarinet/Turkish metal clarinet, harp, string quartet, double bass, mandolin, qanun, and enough percussion for three players (16 musicians in total) – evokes the Turkish suburb and is launched by a whimsical clarinet phrase. Local colour is supplied by a qanun, the Turkish equivalent to the Hungarian cimbalom (I guess), while the use of a mandolin suggests Mahler’s “Das Lied von der Erde”, and the metal clarinet adds indigenous pungency (a little saxophone-like in timbre). As music, the 17-minute Üsküdar is a rainbow of incidents that increase in drama, with attractive iridescence for the ear and pool-like reflections for the soul; quite mesmerising at times. Clement Power secured excellent performances.

So too did Jakub Hrůša in the pieces from his homeland. Hrůša (born 1981) went for the jugular at the beginning of Šárka (third part of Má vlast) bringing out fully the drama of the betrayed female warrior who with her womanly cohorts massacre her male enemies. There’s some love interest, too, tender music touchingly performed, when Ctirad (leading the men) falls for her; but to no avail – he perishes too. Hrůša secured rhythmically supple playing from the Philharmonia and shaped and shaded the music as the native that he is, with a good swagger and a fine propulsion when the girls annihilate the boys even if textures became a bit muddled at this point and several bars were infiltrated by what sounded like a fire-alarm, but was probably caused by someone’s mobile ringing! Hrůša also conducted a very fine Dvořák 8, dynamic and exuberant, strings not drowned out by brass and with some really quiet playing that sucked the audience into what was happening, not least in the slow movement, flowingly expressive as well as assuming grace, depth and tumult. Plenty of Slavonic fire too – the symphony’s end was thrilling – in a performance that presented a big picture of outdoors Bohemia and was engagingly fine-tuned by close observance of the score’s small print, with placements and details always made pertinent. On this evidence Jakub Hrůša is an outstanding young conductor, discriminating and focussed as well as possessing the ability to energise musicians to play even the most-programmed pieces as if they were being lovingly discovered for the first time.