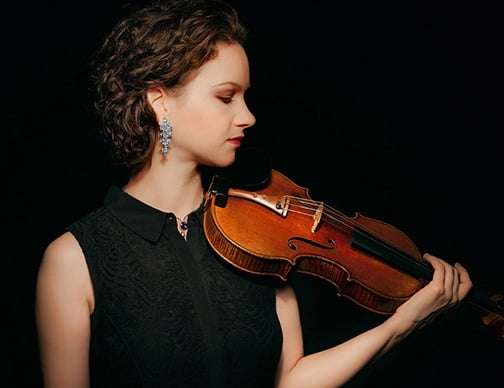 The nearest Dvořák’s Violin Concerto gets to minor-mode angst or tragedy is in the wistful Adagio, which is blown away by the major-key rumbustious Czech dances of the Finale. Hilary Hahn was keeping any overt emotionalism on a very short leash, yet her tact in the first movement’s occasional grandstanding moments or her tender introversion in the Adagio only enhanced the eloquence of this lovely work. Hahn wears her technique and artistry lightly and she never flagrantly imposed herself on the music. A brief silence, a finely judged rubato, or an adjustment to the warmth of tone she so naturally produces, suggested stature without asserting it, a subtle approach that marks out Hahn as a hugely sympathetic and imaginative musician. Her spacious playing created a great double-act with Jakub Hrůša who was generous with gusto and a supple pace but was just as agile in deferring to the minutiae of Hahn’s detailing. Her shadowy mezzo sound in the Adagio had you sighing with the pleasures of nostalgia, and her sinuous rhythmic attack drove the conclusion to a thrilling close. Although we hardly needed further evidence of the control and evenness of her technique, Hahn gave it in her Bach encore.

Hrůša, who is Czech, not surprisingly has a built-in affinity to his country’s music, of which Smetana’s Má vlast (My Country) is one of its more extravagant expressions, its six tone-poems a compilation of history, topography, legend, glorious memories and lofty aspiration. Traditionally it is the opening work of the annual Prague Spring Festival. Smetana wrote the first four in quick succession, between 1874 and 1875, and then added the last two, ‘Tábor’ and ‘Blaník’, three years later. 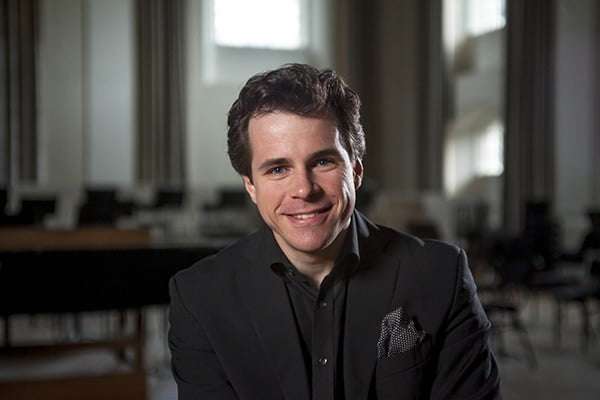 Hrůša, who was conducting the seventy-five-minute cycle from memory, shaped the melodic links between the six movements and their contrasting moods into a quasi-symphonic whole, and there were some ravishing moments in this sonic panorama. The two harps, placed stereophonically and played with flamboyant gravitas by Heidi Krutzen and Deian Rowlands, gave the bardic introduction to ‘Vyšehrad’ (the high rock where the River Vltava flows through Prague) an epic resonance worthy of the complete work; the eddies and whirls of ‘Vltava’ itself acquired a diaphanous Ravel-like sheen from the strings and there was an inimitable stand-and-stare moment in the magical middle section; the full-on fury and yearning love-music of ‘Šarka’ (the mythological betrayed warrior-princess who took her revenge on all men) convinced that you mess with Czech womankind at your own risk; the elemental aspect of ‘From Bohemia’s Woods and Fields’ was uppermost, especially in the rousing closing pages.

There’s a feeling that Má vlast could have ended there, and there was just as strong a feeling that Hrůša and the Philharmonia were rather gathering themselves for a second wind in ‘Tábor’ and ‘Blaník’ (respectively the town and mountain associated with the Hussites’ Protestant resistance to Roman Catholicism in Bohemia a century before Luther). Hrůša played them almost without a break, and there was no missing the emphatic use of the Hussite chorale that unites the two and a symbol for the Czech defiance of religious, German, Habsburg and Communist oppression. While there was no getting around their fiercely localised nationalism, in the first four movements Hrůša’s electrifying conducting transcended the music’s local origins and brought out the best from the Philharmonia in terms of energy, style and richness of sound.