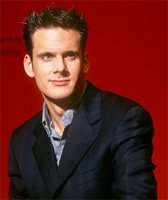 On the face of it this should have been the sort of programme which the Philharmonia Orchestra would deliver incomparably. The reality, whilst never less than competent, was lacklustre. It was as though one were being served up with a three-course dinner but cooked in such an unimaginative way as to leave one wondering how one had ever liked any of the dishes one previously thought of as favourites.

The twin inspirations for Richard Strauss’s Don Juan came from a production of the play “Don Juans Ende” by Heyse which the composer had seen in Frankfurt and from a verse drama by Lenau. Unlike Mozart and Da Ponte’s sexually predatory “Don Giovanni”, Lenau’s and Heyse’s versions are driven by an obsessive need to experience all that Life has to offer and to avoid boredom at all costs. Philippe Jordan’s micro-managed Don Juan was certainly a brash fidgety character seizing on every passing moment but ultimately succumbing to the law of diminishing returns. For the most part it was unremittingly loud, the brass constantly overwhelming the strings even at the work’s apotheosis, yet tension sagged in the quieter passages such as the oboe theme which was merely prosaic. The pause at the close was absurdly distended. 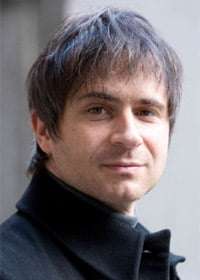 Mozart’s B flat Piano Concerto (K456) is unusual in that it was commissioned by another pianist. Theresia von Paradies was the daughter of a high-ranking Austrian civil-servant – the Empress Maria Theresa was her godmother – and was blind from a very young age. The concerto was a huge success when Mozart played it at Vienna’s Burgtheater in front of an audience of 1500 in 1785, somewhat ironic since the work is arguably one of the weakest of his late concertos.

Piotr Anderszewski has a significant reputation in the classical repertoire. However on this occasion he made distinctly heavy weather of what is surely one of Mozart’s more galant creations, constantly seeking a profundity which would have been more in place in any of the great minor-key concertos. The opening movement is marked Allegro vivace but was treated here as a foursquare allegro whilst the Andante un poco sostenuto, an elegant set of variations on a theme which might have stepped straight out of ‘Figaro’, was imbued with a portentous quality at odds with its gentle melancholy. Only in the 6/8 hunting finale, another Allegro vivace, did the music finally begin to capture its natural esprit.

The Beethoven symphony came with the first-movement exposition repeat and felt like a very long listen, not that speeds were controversial, simply that the total absence of light and shade made it seem so. Wagner may have described the work as the “apotheosis of the dance” but this was a joyless experience, at once raucous and devoid of rhythmic lift, and only the most basic dynamics. Hardly had the first movement’s final chord died away than we were into the Allegretto, an idea which worked surprisingly well, especially given the relatively swift tempo adopted; here at least the violas and cellos descant sang sweetly and a genuine momentum developed. However, in the scherzo and finale we were back to basics, and Jordan not seating the violins antiphonally was especially damaging in the Finale. It is not often that one is bored by Beethoven 7, but this superficial reading – which failed to tackle any of the underlying issues of line, rhythm or dynamics – came dangerously close.