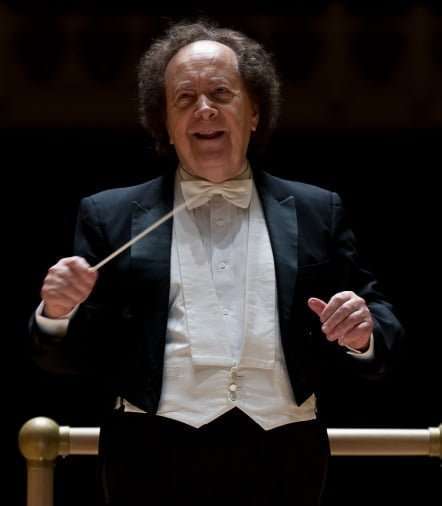 “An evening of music commemorates the First World War” claimed the pre-concert blurb, meaning that one had to take this programme as one found it, with two very familiar pieces followed by the first performance of a large-scale choral work.

The sequence seemed a little odd. The first half contained two wholly-original masterpieces. Vaughan Williams and Elgar are often thought of as being far removed from one another but although born fifteen years apart, they came from the same semi-rural part of the West Country – just fifty miles separating their birth-places – and similar sense of nostalgia shines through these two great scores.

Was it a good idea to pair them, one after another? This was the question I asked as I left for the Royal Festival Hall. I cannot honestly answer, as – owing to transport delays including a closed railway station, the need for a bus, and a train that left early (!) – it took me almost two hours to make a journey across South London which usually takes much less than half that, and I missed the concert’s first half (the trip home took thirty-seven minutes!).

During the interval, I bumped into a friend, a lady professional violinist, who knows every bar of The Lark Ascending and has played in the Elgar. “Jennifer played The Lark most beautifully. Her phrasing, style and tone-colouration were very good indeed.” And Sol Gabetta? “She was really good, and although her tone appeared not to penetrate the Hall as it should, she interpreted the work so well under Serebrier, who was also first-class.”

Although many in the audience will have been attracted by these works, many also will have been intrigued by the first performance of A Prussian Requiem by a British composer (a long-time Hollywood resident) John Powell, little-known in the concert-hall but well-known for his cinematic work (perhaps most of all for the first three Bourne movies, starring Matt Damon). 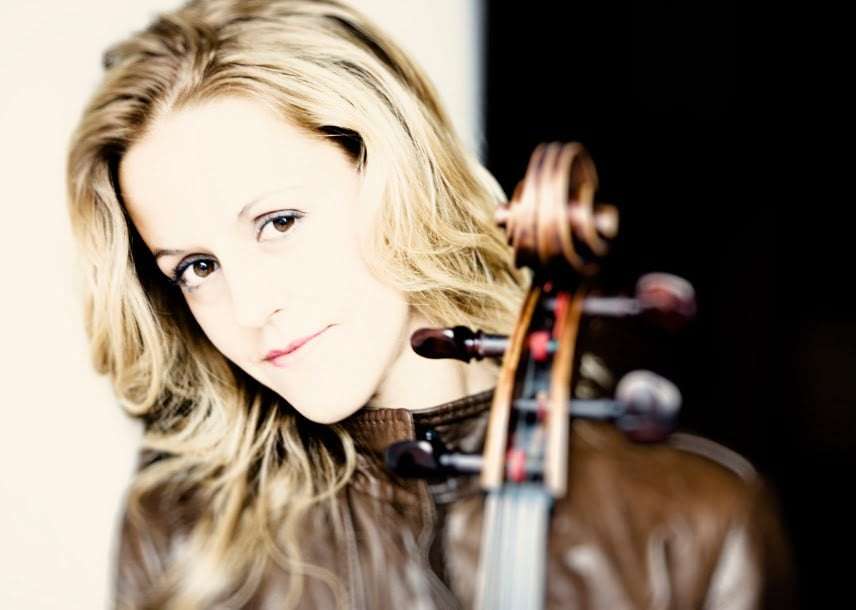 With the commemorations of both World Wars coming close together (2014 marked the centenary of the outbreak of the First and the seventy-fifth of the Second), any composer tackling a Requiem on either conflict has to cope with Britten’s Opus 66 of 1961 looming over their shoulder, his War Requiem.

The Second conflagration arose consequentially from the First, and although separated by twenty years, may have begun with cavalry charges and ended with the detonation of the first nuclear weapons in anger, form a never-ending source of historical subject-matter and richness for the military, political and social historian. Those ten years of warfare form arguably the greatest and most-significant conjoined periods in human history, and provide the greatest challenges for any creative artist who wishes to mark or comment upon them in some way – challenges which (as George Bernard Shaw said in another context) would stretch to the utmost the creative powers of a Bach, a Beethoven, a Mozart or a Wagner.

Today, we have no-one like that to reflect on the warring troubles of mankind, nor even a Britten, Schoenberg, Hindemith or Messiaen. It is important to state that no subject should ever be beyond an artist’s genuine attempt at creative expression, given two criteria – inspiration and imagination. War is a big subject for any artist, of course, and perhaps there is none bigger, and as a consequence (and not always under the shadow of War Requiem) there have been a number of not dissimilarly-aimed well-intentioned works.

Most obviously, and in the event rather tragically (for the wrong reasons), Kabalevsky’s similarly-entitled War Requiem of 1963 commemorates the dead of World War Two – which the Soviets called the Great Patriotic War – in directly taking-on, and spectacularly failing to match, Britten’s masterpiece. One forbears to mention some of the others, for their intentions are entirely honourable and doubtless sincere, but if anyone imagined that John Powell’s A Prussian Requiem honours in similar fashion a period which, until only recently, has now passed from living memory, then they have been understandably misled.

Such were the wide-ranging events which comprise the consequences of World War One that Powell’s Prussian Requiem is not some kind of blanket plea for peace in our increasingly conflict-ridden world, for Powell’s approach is based upon an extraordinarily original concept – in some ways a daring one. The conceptual originality of the Prussian Requiem is predicated upon a contemplation of the mind of the leader of the German army, Field Marshal Helmuth von Moltke, whose ambition – to bring to fruition the dreams of his Emperor, Kaiser Wilhelm II, to see a German domination of the European continent by military means – is inspired by the events following the assassination of the Austrian Archduke Franz Ferdinand in June 1914. 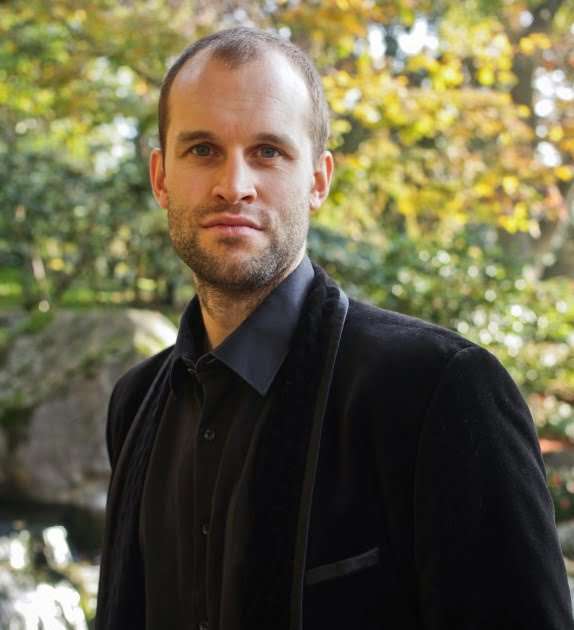 We know what followed, but no attempt – certainly not in musical terms – has been undertaken to divine that which was in the thinking of von Moltke, who pushed the hot-headed Kaiser to the fatal decision. The contemplation of what could be about to be unleashed cannot solely be considered in retrospect. The opening of Powell’s work sees the Field Marshall, not as Captain Vere begins Britten’s Billy Budd (recollecting events), but fired-up, his emotions under control as the prospect of War becomes imminent.

The ‘Requiem’ part of Powell’s setting is that of the consequential loss of a country – Prussia – arising from hostilities. Von Moltke was Prussian. Nor is the title predicated upon a religious framework, for Powell is a non-believer and could not bring himself to use – in this case, Christian – orthodoxy.

Well, that’s his decision, but of course, his is not the first agnostic Requiem, nor is it one by an English-born composer, for Delius’s Requiem of 1916 is precisely that, and a recent impressive work – that by Robert Hugill – is also composed from the standpoint of contemplation rather than participation. There have also been a number of composers who, whilst being lifelong non-believers, were sufficiently inspired by the majesty of the English language in terms of expression to have written great religious music – and not merely from an orthodox Protestant viewpoint. In particular, those by Vaughan Williams came from a composer who was not averse to taking his inspiration from wherever he found it, although he himself was an agnostic, never an atheist.

In not basing A Prussian Requiem upon an existing framework, familiar to many (believers or not) Powell places his word-setting, dramaturgical and/or meditative though it may be, on the structure and quality of the text he has chosen, which is by Michael Petry, described as “a visual artist, author and curator.” His text for A Prussian Requiem created a number of problems for the composer, who in turn has compounded several of them. 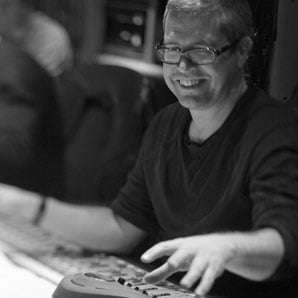 A reflection of the magnitude of the subject-matter of this work implies – indeed, demands – that the opening bars should set the mood, and the emotional atmosphere, in purely musical terms. If “all” – as Wilfred Owen said – “an artist can do today is warn”, then the greatest weapon in the fight for peace a poet has is words, and the greatest weapon a composer has is music: it is self-evidently through those that artistic statements can be made.

Petry’s text has absolutely no dramatic or on-going narrative at all, reducing – from the start – the work to a series, at best, of tableaux, any one or other of which can be shuffled, as a pack of cards, to make whatever. Britten saw quite clearly in the Ordinary of the Mass the dramaturgy of the ‘Libera me’ (as did Verdi, of course) wherein the 7/4 chords of the ‘Dies Irae’ return with such overwhelming force as if they are the detonation which began the Battle of the Somme. For Petry, and for Powell, lacking any kind of highpoint or climax the structure of A Prussian Requiem is seriously flawed, and the merits of Petry’s writing, such as they are, do not aspire to the quality which the subject-matter demands, and at one point fall seriously below it.

Powell’s compounding of his librettist’s shortcomings is heard at the very beginning. This is, after all, ostensibly a piece of musical art, not an attempt at multimedia, and to begin with an unaccompanied solo from the character of Von Moltke without any preparation from the orchestra in terms of ‘placing’ the events which inspired the piece in emotional or expressive context is a mistake, betraying the composer’s too-great reliance on his Hollywood experience. Film is a great art-form, but it is not music, and the two ought never to be considered interchangeable – or, if they are so considered, are done so at great risk on the part of the composer.

So the listener is thrown in, immediately, at the deep end: where is von Moltke? What aspects constitute his impetus in being prepared to unleash the dogs of war? We are never given the opportunity of finding out, and so, from the very first bar, we are expected to have done our homework: David Goode’s hour-long Blitz Requiem of 2013 (four soloists, choir, organ, orchestra) opens with a startling evocation of the frightening glissando-thirds of an air-raid warning – and, at once, we know where we are – but at the start of A Prussian Requiem we could be, either texturally or musically, anywhere – certainly not in the High Command of Berlin, or – for that matter – Prussia.

The lack of dramatic narrative is another serious drawback: as the work moves to its conclusion, with both soloists, chorus and orchestra as one, the reminiscences of ‘Let us sleep now’ from Britten’s War Requiem are a little too close for comfort, but if one’s essential criticism is the lack of a coherent plan, a grasp of evolving time, and which its subject-matter demands, then one has to commend the competence of the composer throughout much of the piece – one’s censure notwithstanding.

Powell is an experienced composer, adept at creating ambience rather than character and admirably able to draw fresh expression within a traditional musical language. The choral-writing is excellent, and his command of the orchestra is an object-lesson to younger composers in using norms to new and consistently expressive effect; his temporal and micro-structural control are also admirable – only the longer-term aspects and genuine depth of feeling, are found wanting.

Powell was honoured here by a premiere that could surely not have been improved upon. José Serebrier was the complete master of this score, his tempos and famous sense of good orchestral balance yielding rich rewards. The Philharmonia Chorus was excellent, responding to a composer who writes gratefully and knowingly for voices, as he does for the two soloists – von Moltke and the Kaiser – splendidly undertaken and very finely projected by Javier Camarena and Ashley Riches respectively.