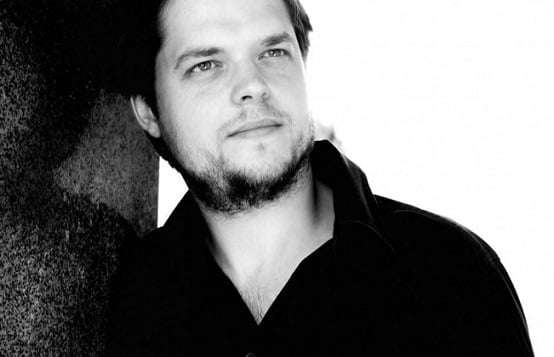 The Slovakian Juraj Valčuha, currently chief conductor of Orchestra Sinfonica Nazionale della RAI (Turin) has built an impressive list of debuts with some of the greatest orchestras during the last year or two, and this concert marked a continuation of his recently formed relationship with the Philharmonia. It can’t be easy to commence a concert from cold with the vigorous upswing that opens Don Juan, but Valčuha managed this with easy confidence. His reading was quite expansive, with the big oboe tune (nicely played by Gordon Hunt) and other reflective passages taken quite slowly.

A slightly slimmed down orchestra then accompanied the Jonathan Biss in the 21-year-old Mozart’s boldly innovative E flat Piano Concerto, which has the opening tutti interrupted by the soloist, and a minuet surprisingly placed in the middle of the finale. Biss is making his mark with a successful series of Beethoven Sonatas on the Onyx label, and attracting some prestigious international engagements, and on the evidence of this Mozart performance one can understand why. This was not the kind of neat, chocolate-box Mozart playing we so often hear, but a vividly projected, masculine approach, full of momentum yet perfectly in style. There was some lovely phrasing, elegance and a beautifully clean quality of sound conjured by Biss, who was given an alert, sympathetic accompaniment.

Christmas is coming, and with it of comes Hansel and Gretel, Engelbert Humperdinck’s opera represented here by a well-contrived ‘suite’. Following the Overture, Olena Tokar and Kai Rüütel came to an area at the front of the platform and acted as well as sang the well-known duets for Hansel and his sister Gretel that are perhaps the score’s highlights. The presentation was charmingly done, the two fine young singers were well matched vocally, and after their departure the slightly repetitive ‘Dream Pantomime’ seemed just a bit of an anti-climax.

Then it was on to another Suite. The programme note indicated nothing about the arrangement, only giving a list of excerpts from Richard Strauss’s Der Rosenkavalier that would be played. Investigation revealed that it was the 1945 version sanctioned but not made by the composer. That said, the Boosey & Hawkes score gives not a hint of the arranger, but it has been suggested that it is conductor Artur Rodzínski, who directed its first performance. It really is a bit of a hotchpotch, and not a patch on the Suite from the film version of the opera recorded in 1926 by Strauss himself. Perhaps Valčuha can therefore be excused for not making much impact in this decent-enough performance, but here especially and to a certain extent throughout the concert the Philharmonia Orchestra was not on top form.

The main event was preceded by one of the Philharmonia’s Music of Today recitals, the composer featured on this occasion being the Swede Anders Hillborg. To set the scene Ivan Hewitt and the composer engaged in a brief and cogent discussion on the music to be played. Then Magnus Holmander emerged to perform Hillborg’s Clarinet Concerto in its abbreviated version for instrument and a fairly restrained background of electronic tape sounds. Not only was Holmander obliged to perform virtuoso and ugly-sounding feats on his clarinet but he was also obliged to go through a series of dance sequences, with a few lighting effects thrown in. Well done him.

Five wind players from the Philharmonia played Six Pieces, short, somewhat Stravinskian, and probably fiendishly difficult, apart from the tranquil third movement. They were directed by Kevin John Edusei, currently chief conductor of the Munich Symphony Orchestra, who then went on to direct a 20-piece wind and string group (including two pianos positioned at either side of the platform) in Vaporised Tivoli – the rather curious title justified by the progress of the music, which initially portrays children playing in a funfair and then dissolves into what the composer describes as a “lush, strangely beautiful and much more ambiguous soundscape”. Edusei performed heroic feats in keeping what again sounded like incredibly difficult-to-play music on track. The audience received these works with not a great deal of enthusiasm, and I could understand how they felt.