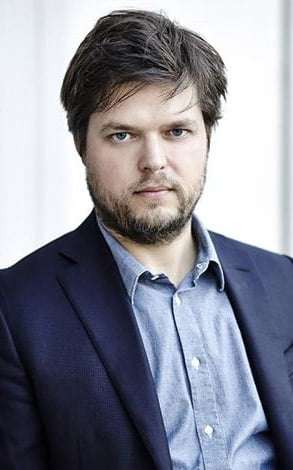 This attractive, well-designed main programme – Bartók and Kodály were folksong-collecting friends – opened with the latter’s Dances of Galánta (1933, commissioned by the Budapest Philharmonic Society), initially nostalgic, then Nigel Black’s arresting horn solo set the scene for a confection of contrast, and oboist Tom Blomfield tapped into eloquence. For me Galánta greats are three-fold – recordings by Fricsay (live, issued posthumously), Celibidache (the LSO in Tokyo, a black-market Japanese release), and, at this venue, Lorin Maazel turning the Philharmonia Orchestra into a gypsy band of high renown and casting a long shadow over the intervening eight-and-a-bit years. Then as now the imperative clarinettist was Mark van de Wiel, giving a brilliant impression of extemporising at the moment in all that he did. If Juraj Valčuha (geographically well-placed, he’s Slovakian, and it appears that Galánta is more Slovak these days than Hungary) didn’t quite alter the above positioning, then he certainly invested intensity into proceedings, telling silence too, and played the delicate and playful cards well. If the lively stuff was somewhat too fast it was unconditionally exuberant and enhanced by Keith Bragg’s glinting piccolo and Antoine Siguré’s varied and always-musical timpani-playing – what a find for the Philharmonia Siguré is.

Valčuha has a good ear for detail, dynamics, colour and timbre, complemented by a well-schooled and artistic technique, all serving well this closely-observed account of Bartók’s Concerto for Orchestra (1943, composed for Boston and Koussevitzky), a five-movement symphony in all but name during which rigorous musical argument is passed between instruments and hierarchical sections – substance before display. Best of all here was the pivotal ‘Elegy’ in which we were confronted by being taken to the core of Bartók’s brooding emotions, strings digging in (none broken), dark clouds only giving way to celestial climbing in the concluding measures, to be replaced by the aching homesickness of the ‘Intermezzo’, the ‘Interrupted’ part rather more of a ‘raspberry’ than usual. The first two movements had impressed, both well-paced, the second, ‘Game of the Couples’, nicely syncopated, frolicsome even, with prominent washes of decoration from harps. The ‘Finale’ was a little less successful, roller-coasting it may have been if also pulled around somewhat, but loose ends had been tied come the blazing coda. 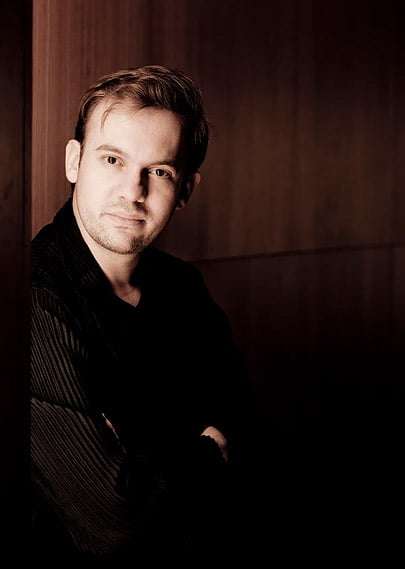 As centrepiece, Beethoven’s Third Piano Concerto, which Valčuha introduced as minor-key tragic and gravely dark. I am not convinced that he and Evgeni Bozhanov (from Bulgaria) quite saw eye-to-eye, for the pianist – sitting low on a Fazioli stool to address the Steinway grand – had a brighter, more confident approach, straying a little quicker than the intro by a few degrees if crisp, clear and distinct, powerful when required (left-hand especially) and also leggiero. If visually Bozhanov was nonchalant, his playing was otherwise (and music is all about listening). One may have found his punctuation occasionally abrupt – semicolons rather than commas – but the cadenza (Beethoven’s) was quite something: gruff to heroic via impressionistic, proto-‘Appassionata’, and the solemnity with which he launched the slow movement – heard through coughs and noises-off – initiated something rapt and tender to which Samuel Coles’s flute and Emily Hultmark’s bassoon added to spellbindingly, Valčuha ensuring the cellos’ lines were etched markedly. Bozhanov seized on the Finale, quick enough to be skittish, and given some of his emphases in the first movement the one note I expected him to isolate in the Finale hardly registered. So Bozhanov is not predictable and whatever he did never came across as contrived but rather as deep-seated. If pianist and conductor weren’t quite of one mind – Valčuha entirely serious, Bozhanov exploring possibilities – this was an engrossing account ensuring that Bozhanov is one to keep on the radar. I have a feeling that he is a wonderful interpreter of Debussy.

Earlier in the evening the Philharmonia’s invaluable Music of Today series continued, this time helping to mark Irvine Arditti’s sixty-fifth birthday, a long-time champion of the most-challenging contemporary music, whether as soloist or leading his eponymous string quartet. He was alone for Sei Capricci (1978) by Salvatore Sciarrino (born 1947), six fleeting and refined miniatures (fifteen minutes’ worth) that require the wide score to rest on two music stands. In this rapid and rarefied music, which can change on a sixpence regarding volume and attack, Arditti had the measure of the Paganini-like technical challenges, not least the requirement for lightning-quick bowing and fingering, and the lightest of touches to produce something ghostly, as well as what I can best describe as flutter-tonguing with the left-hand while plucking with the right.

From the younger generation of Italian composers, music by Aureliano Cattaneo (born 1974), his impressive Violin Concerto, written with orchestra in 2008 and now in a reduced-scoring “ensemble version” (2013) that includes string quartet and double bass, piccolo down to contrabassoon via soprano and baritone saxophones, brass and percussion, and piano, harp and accordion, eighteen players in all plus soloist. It’s a big piece, twenty-five minutes, with plenty going on, a variety of finely judged detail and colour to which the violin is perhaps ‘first among equals’, an expressive counterpart to the ensemble’s expressionistic fervour, music that on a first hearing seemed to be in a constant state of flux as well as always developing. Arditti was exemplary, so too the Philharmonia members; and Roland Kluttig, like all the conductors engaged for Music of Today, was unfazed by the music’s complexities.

A shame about a few in the audience who either did not switch their phones off to avoid ringtones or who were shamelessly and selfishly using them, texting and filming – an affront to ear and eye. Julian Anderson (a former artistic director of Music of Today) always used to ask for phones off, whereas Unsuk Chin (his successor) does not, and Ian McKellen’s recorded request wasn’t aired. The next MoT is Sunday April 15 at 6 p.m., Royal Festival Hall.

Postscript: It seems from David Gibson’s comment below that clarification is needed. The phone and McKellen references made at the close of the above review are applicable ONLY to the Music of Today concert. CA