The blurb for this concert proposed that Mendelssohn and Mahler were an unlikely pairing. I’m not so sure. Mendelssohn, especially minor-key Mendelssohn, can have a nervy edge that doesn’t take much to have it verging on hysteria, which is very much part of Mahler’s emotional baggage. 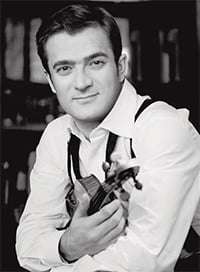 Renaud Capuçon’s performance of the E minor Violin Concerto didn’t go that far, but it still pulled against the sweet melancholy that can make this much-loved work a bit clammy. I’d also forgotten the extent to which the soloist is on the go for much of the time. Capuçon turned this very much to his advantage, showing off his full, lyrical tone and solid virtuosity at the same time as being in control of the music’s emotional temperature, and I greatly admired the tact with which Juraj Valčuha weighed the needs of the soloist while not making the orchestra’s role too self-effacing.

In the first movement, Capuçon’s playing evolved from a point of meditative stillness to which you feel the music longs to return, which works the tension that threads through the score. Capuçon drove the moments of high drama in such a way that they seemed to make their impact in retrospect, and he has that enviable ability to re-route the music’s volatility with the slightest nuance. As with the subliminal opening, expertly ushered in by Valčuha, the cadenza also seemed to arrive from nowhere. The links between movements may have been a bit portentous, but Capuçon caught up the slack in the finale, in which his controlled urgency picked away at the veneer of good manners that can diminish the stature of this wonderful work. 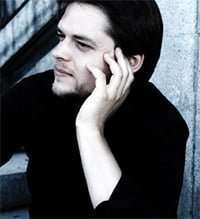 Juraj Valčuha, the young Slovak conductor based in Turin who has been a guest conductor with the Philharmonia Orchestra since 2007, was taking on one of the fiercer beasts in the repertoire. He is a tall, commanding presence, with a big-gestured conducting style and, vital in Mahler, a fluid sense of tempo and pace. He let loose the turmoil and lightning mood-changes of the opening ‘Trauermarsch’ to make an electrifying impact, but which tended to roll over the incisive characterisation that holds the key to the music’s long-range argument. The second movement, emotionally more direct, fared much better in this respect – Indeed, it was the best thing in this performance – and had a fine sense of Mahlerian abandonment. In the closing bars, I happened to be admiring the precise tuning of the cellos’ pizzicatos and the final timpani tap, when the orchestra allowed itself a very brief re-tune that didn’t seem necessary – but there we are.

It certainly cleared the way for a magnificently elemental scherzo, its demonic energy placing it decisively at the heart of the symphony. Valčuha paced it with a formidable clarity, and its scorched-earth power made the Adagietto more than usually isolated, a real postcard from the edge. Valčuha took Mahler’s ‘Sehr langsam’ direction to heart in a reading that emphasised its fractured nostalgia, and I particularly treasured the liberated version of the theme that drove the finale to a glittering conclusion.

Apart from very slight misgivings over the first movement, this was a thrilling, totally engaged performance, and the Philharmonia players – especially the horns, the opening solo trumpet, and the amazing cello section – were on top responsive form.