Following a “Music of Today” recital devoted to the music of Luca Francesconi, there was an oddly old-fashioned quality to this Philharmonia Orchestra’s ‘main’ concert, not least in its following the ‘overture-concerto-symphony’ format. Mussorgsky’s Night on the Bare Mountain at least approximates to the former – whether in the composer’s now relatively familiar orchestration, or in that adapted by Rimsky-Korsakov after Mussorgsky’s death. Kirill Karabits chose the latter (Esa-Pekka Salonen had given the original with this orchestra a couple of seasons back), and secured a brisk, no-nonsense account; at its best in the fanfare-dominated passages either side of the hushed central interlude, and with a welcome absence of sentimentality in the ‘daybreak’ postlude. Hardly a St John’s Eve orgy, but Karabits certainly showed Rimsky’s resolutely non-Mussorgskian score in a positive light. 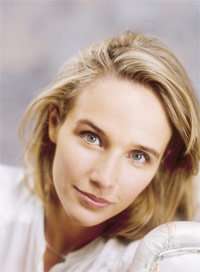 From here to Beethoven’s ‘Emperor’ Concerto may be a quantum leap conceptually, but the contrast worked well in musical terms. A piece whose overt rhetoric can be difficult to bring off these days, and which Hélène Grimaud neither openly embraced nor pointedly eschewed in her uncommon attention to detail: passagework often glossed over was rendered with precision and a rhythmic keenness that ensured her playing was never clinical. While this did not offset a certain self-containment in the first movement (its opening bars undermined by an over-zealous photographer to your reviewer’s right!) – in which Karabits was an attentive but not overly imaginative accompanist, with such moments as the electrifying crescendo into the reprise going for little – or a corresponding detachment in the Adagio, in which Grimaud’s avoidance of expressive nuance left little room for rapture, it did ensure the piece had a formidable cohesion; not least in a finale whose buoyancy was maintained at a notably swift tempo, Grimaud steering through to a finely-tapered account of the ‘piano-plus-timpani’ bars before the closing flourish. A convincing performance overall, then, and one assuredly for our times.

Almost a century on and Sibelius’s Second Symphony inhabits a not dissimilar terrain. No longer the most popular of his cycle, it is too frequently the victim of an emotional overkill that, happily, was absent here. Karabits is not unique in opting to take the opening Allegretto at a swift tempo, but his sustaining of this without underselling cumulative intensity was a rarer and admirable trait. The second movement was almost as successful, Karabits varying the expressive emphasis of its twin climaxes to interesting effect and keeping enough in reserve for the closing pages to make their rightful impact. The scherzo was ‘vivacissimo’ to a degree that it seldom is, its trio plaintively delivered, and with the transition into the finale seamlessly effected. This latter movement then unfolded with a sure sense of direction – the ‘big tune’ heartfelt but never over-indulgent, and the central fugato having an impulsiveness that carried right through the reprise. If the apotheosis was not as overwhelming as it can be, the approach was nothing if not well motivated, while its rugged triumph clinched the whole performance in some style.

Standing in for an indisposed Paavo Järvi, Karabits demonstrated just why he is held in high regard among the younger generation of conductors. As the recently-announced successor to Marin Alsop at the Bournemouth Symphony Orchestra, it is hoped that his visits to London will be the more frequent.