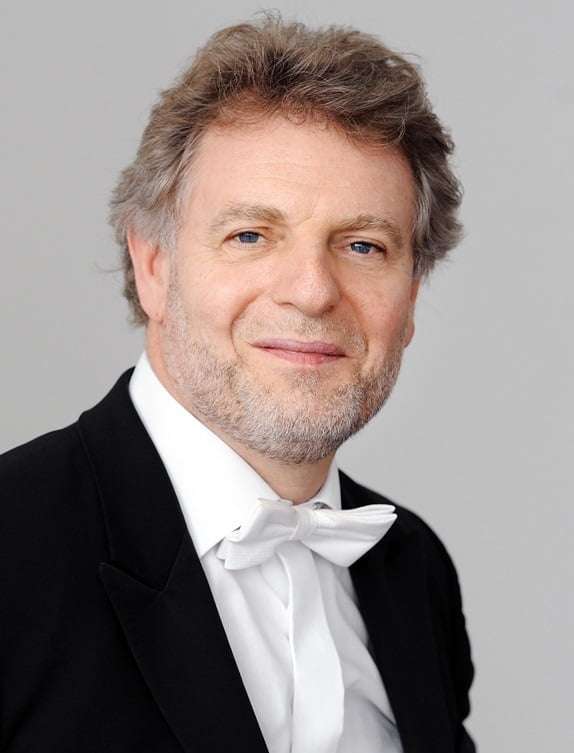 It was entirely fitting that the Philharmonia Orchestra should have turned to Karl-Heinz Steffens to replace the indisposed Daniele Gatti for this concert. Steffens made a favourable impression when he stood in for Christoph von Dohnányi last October and, since he hails from the German Palatinate, he has the three originally announced works in his blood. And what a beguiling piece of intelligent programming this was. All three pick up and develop the theme of musical inspiration, they neatly span the entire nineteenth-century, and they represent the very essence of German Romanticism.

Shakespeare, the quatercentenary of whose death is being observed later this year, proved to be a source of infinite inspiration from the moment the celebrated translations of his works by Schlegel and Tieck appeared between 1797 and 1810. Fanny Mendelssohn observed that the family had been brought up on A Midsummer Night’s Dream and in August 1826, at the age of seventeen, her brother Felix completed a concert overture – the remaining pieces that make up the incidental music were not composed until 1843 – which immediately draws listeners into the magical world that the play inhabits. Almost certainly Shakespeare was not the only inspiration: two months before the Overture was composed, Weber, whose final opera Oberon was premiered in April 1826, died suddenly. He had been a mentor to the young Felix and the quotation from the ‘Mermaid’s Song’ of that Shakespeare-inspired opera which Mendelssohn incorporates into his coda can be seen as a homage.

Steffens, who has himself been mentored by Daniel Barenboim, reduced the string complement to include only six cellos and four double basses (and this was only substantially more for the Symphony). It was obvious from the first entry of the strings, with the violins seated very surprisingly not antiphonally as one might have expected, that Steffens was aiming at lightness and spiritedness. This allowed for a transparency of texture in which the woodwind and brass voices were given their full due but without any unnecessary highlighting. At the close, Steffens gently imparted that sense of longing and aching desire which is one of the hallmarks of the Romantic period.

Just as the Brothers Grimm collected fairy-tales from all over Germany, so the poets and writers Achim von Arnim and Clemens Brentano brought together a cornucopia of writings drawn from ancient German folk-art. These were published in 1808 as Des Knaben Wunderhorn and dedicated to Goethe. Heinrich Heine commented: “Here German passion burns and German jesting makes merry, here German love blooms. Here sparkle both truly German wine and truly German tears.” It is one of the many curiosities in musical history that for some eighty years these brooding poems escaped the attention of prolific Lieder composers such as Schubert, Schumann and Brahms. It was left to Mahler to seize on their potential. 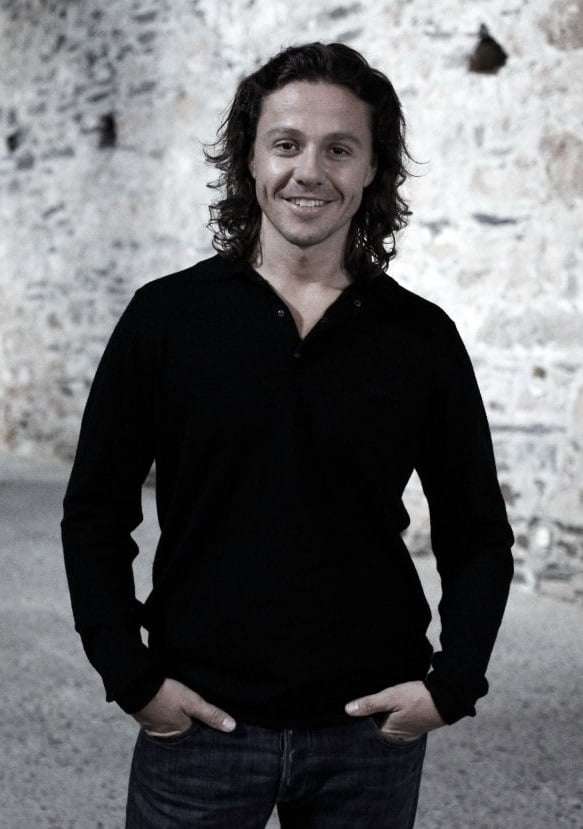 The soloist in these six selections was Markus Werba. His is not a big voice, but he brought two significant qualities to this music. He has built his growing reputation on Mozart roles for baritone – and he will be appearing as Papageno at the Royal Opera later this month – which is arguably the most natural pathway to consistency in the vocal field. Anyone schooled in Mozart knows all about the importance of legato singing. And without an ability to act with the voice, to draw the audience in through mimicry and body language, a singer risks remaining merely statuesque. Does Werba already have Mahler in his blood? Well nigh, I am tempted to say, and not only because his paternal great-grandfather was one of Mahler’s best friends. There was ample evidence of how Werba’s voice has not only a narrative but also an all-important expressive quality.

There is no obvious dramaturgical sequence to these settings, however many or few are given in concert performances. Ideally ‘Trost im Unglück’ (Consolation in Sorrow) should be divided between male and female voices since this is a dialogue between a hussar and his girlfriend. However, the six that Werba included skillfully balanced jauntiness and inwardness, with sun-lit orchestral textures and waltz-like rhythms in ‘Rheinlegendchen’ (Legend of the Rhine) contrasted with the spookiness and heartache of ‘Wo die schönen Trompeten blasen’ (Where the beautiful trumpets sound). Unfortunately, the ghostliness at the end, with its pre-echoes of Wozzeck, was spoiled by premature applause: those dying notes should resonate in the memory for more than just a split-second. In the penultimate song, ‘Lob des hohen Verstandes’ (In praise of high intellect) Werba was in his element, producing a vibrant characterisation of cuckoo and nightingale as well as the braying ass. To make us aware of how Mahler’s material was re-worked, we were afforded two glimpses of what was to follow in Mahler’s ‘Resurrection’ Symphony: ‘Des Antonius von Padua Fischpredigt’ (St Anthony of Padua’s sermon to the fishes), whose transmogrification reappears as the Symphony’s third movement, and ‘Urlicht’ (Primeval Light), which forms the fourth. And here Werba made his only miscalculation. The first line, “O Röschen rot” (O little red rose), should miraculously steal into our consciousness out of complete nothingness. Werba rushed into it before the audience had properly settled, spoiling the moment of exquisite tenderness. However, his legato line blended well with Christopher Cowie’s beautifully focused oboe-playing, Steffens typically giving self-effacing support.

Love and Nature are frequently regarded as the main sources of inspiration in poetry, the visual arts and in music. Beethoven, coming from a sleepy town on the Rhine, was not at all an urban man. Regardless of the weather he would take long daily walks in the countryside around Vienna. He would have been familiar with a little-known work by Justin Heinrich Knecht (1752-1817), a programmatic symphony called “The Musical Portrait of Nature”, which also consists of five movements and includes a storm. Beethoven’s first movement represents morning with its gentle inhalation and exhalation of breath during an extended walk, the second with its languorousness the steady heat of the afternoon, giving way to twilight and the appearance of a nightingale. The Scherzo, full of jollity, sees the peasants on a Saturday night out in one of the Viennese taverns that Beethoven liked to frequent; the succeeding ‘Storm’ only abates with the arrival of a new day, a Sunday since its mood reflects the words “Lord, we thank Thee” penned by the composer in his sketch-books.

There are of many different ways in which to take a walk in the countryside. Despite a bracing tempo in the opening movement (minim = 66 is a metronome marking that Beethoven was persuaded to include later), Steffens always found time for the textures to breathe. Having spent 24 years as a clarinettist in leading German symphony orchestras, Steffens is well-versed in such matters and the Philharmonia Orchestra produced a chamber-like quality in which details emerged effortlessly. With a little more rehearsal time – Steffens has also been busy this week conducting the Munich Philharmonic – he might have achieved greater expressiveness in the slow movement, but the finer dynamic shadings as well as the subtle gear-shifts were expertly handled: the murmuring of the bees and gentle waving of the corn in the fields were not far away. The Scherzo – peasants’ merrymaking – was a multi-dimensional sound-picture, and as in the Fifth Symphony, Beethoven holds back the entry of the trombones for the ‘Storm’, which can be made more terrifyingly elemental, but there was an unexpectedly vicious snarl from the piccolo just before the deluge subsided. And then balm was forthcoming after a deftly handled transition into the finale, with the main theme articulated simply and without forced sentiment. On a cold and wintry evening in a very urban London it was good to have such intimations of a warm summer’s embrace in this glorious work.

At 6 o’clock, free and informally, the Philharmonia Orchestra’s Music of Today series had continued, Unsuk Chin introduced two pieces by Marc-André Dalbavie. He has notched up numerous commissions and, recently, has completed two operas. His music is very accessible and has the traditional French qualities of clarity, transparency and elegance, to which he adds what has been called a “spatial sensation in continuous transformation”, immersing the listener in a total experience. In the longer of the works, Tactus (1996), written for a nonet, Dalbavie pays homage to Berio and Schubert’s Octet, although the occasional clusters of sound reminded equally of Ligeti. The five movements all begin very atmospherically, often with soft pizzicato strings or questioning phrases, with no single instrument dominating. The finale has a playful, skittish quality, ultimately disappearing into distant space. Christopher Cowie was the soloist in La Marche des transitoires (2005) for oboe and ensemble, written to mark the 80th-birthday of Pierre Boulez. It had something of the night about it (in a positive sense!), with echoes of Richard Strauss in Salome and even Michael Tippett. Above all, in the several passages of a pastoral quality, with Cowie’s oboe seeming to mimic the keening of kittiwakes, it provided a suitable aperitif to the main event.