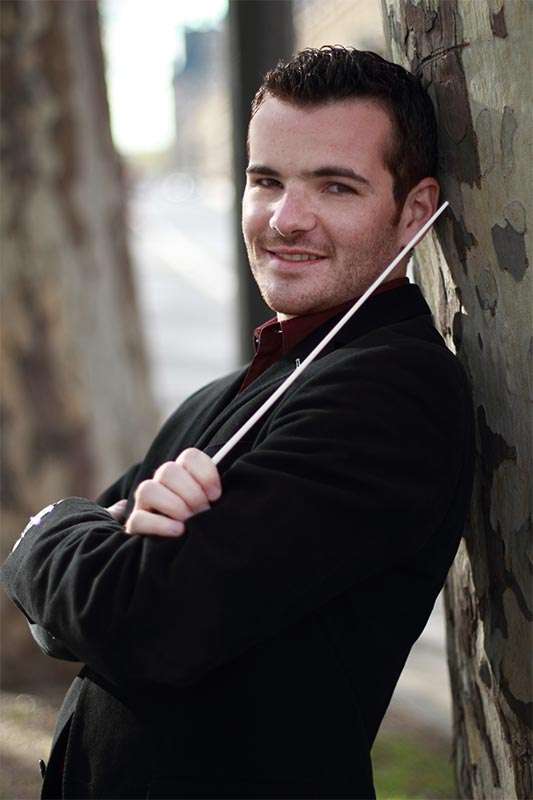 With London enjoying five full-time (and world-class) symphony orchestras, it is perhaps inevitable that the same works turn up rather too regularly. Just a week ago, the LSO and Bernard Haitink opened a Barbican Hall concert with Debussy’s Faune, and the orchestra had opened its latest Season with Prokofiev’s Piano Concerto No.3 (Matsuev) followed a few days later with the same work from the London Philharmonic with Bavouzet as soloist.

Of course no two concerts are the same, for all that the repertoire might be, and great things can happen. At this Philharmonia gig Lionel Bringuier (now settling into his first season as music director of the Tonhalle Orchestra Zurich, succeeding David Zinman) opened with a Faune that began in extemporised fashion, Samuel Coles’s golden flute establishing immediately a magical atmosphere to herald a reading of this gorgeous piece that was flexible, volatile even – hormones racing – and in which warmth, clarity and ear-tickling dynamics combined in the most suggestive and rapturous way, all leading to an appreciative silence at the music’s fade. Other distinguished solos included those from oboist Christopher Cowie and guest-leader Tomo Keller (familiar from the LSO). 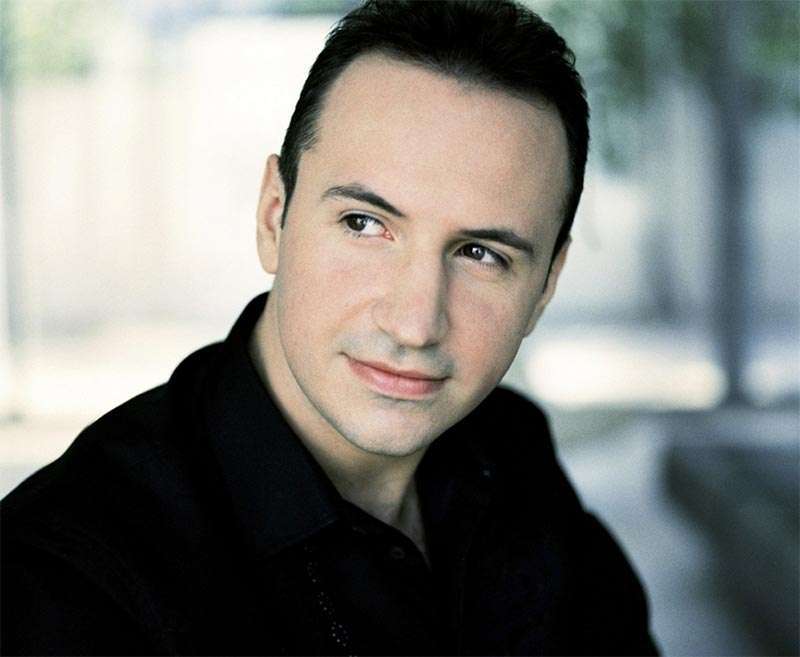 Something similarly compelling followed in the Prokofiev, Simon Trpčeski both nonchalant and eager (rubbing his hands together in anticipation) to play. And so he did, superbly. This is music easy to make seem empty and bombastic (Matsuev murdered it), but from Trpčeski it was full of refinement and subtlety, yet also scorching and energetic as required. Elegance, lyrical repose and music-serving virtuosity and intelligence, together with a tailor-made accompaniment, gave this ubiquitous score fresh appeal. An encore wasn’t really needed but Trpčeski continued with further Prokofiev, a perky March, given with élan and character.

In what may have been Bringuier’s debut with the Philharmonia (he has conducted the BBC Symphony Orchestra on several occasions during the last few years), he certainly found the musicians on top form in Bartók’s Concerto for Orchestra, more a five-movement symphony, the soloistic elements embedded into the musical invention, development and argument. For all the excellence of the execution, and the evident productive rapport between instrumentalists and conductor, Bringuier’s concept of the score was not always convincing, the second ‘Couples’ movement and the ‘Interrupted’ fourth both very nifty, the listener left to admire the precision and swing of the playing but made bereft of description beyond the notes.

The other movements were far more persuasive in their timing, whether the brood and surge of the first, vividly sounded, the elegy of the third, peered into deeply, both private and railing and ultimately consoled, and the sheer vitality of the finale, which leapt off the page before sinking to murky depths only to rise again Phoenix-like to end in a blaze of majesty of triumph. Doubts, I had a few, but the Philharmonia was fully seized of Bringuier’s intentions and he is sure to return.

To open the evening was the first in the latest Music of Today presentations, devoted on this occasion to 34-year-old Serbian Marko Nikodijević, he of the in-German and lower-case titles. There was some confusion on entering the auditorium, for the hand-out sheets were for the main concert, but all was righted on leaving, collecting the hoped-for programme note, details of forthcoming MOTs, and a booklet surveying the 2011-13 Seasons plus a CD of music played during those years. The Music of Today initiative has in fact been going for a couple of decades, a free and informal gathering for a harvest of new music.

Without written annotation, and with a difficult to follow stilted conversation between Nikodijević and Unsuk Chin (MOT’s artistic director), both pieces were left to speak for themselves. Music Box/Self Portrait with Ligeti and Stravinsky (and Messiaen is also present), scored for string trio, double bass, piano, harpsichord, celesta, accordion, piccolo/flute and clarinets/bass clarinets, is fast-paced and teeming with incident, earthy and industrially clangourous. Music of titular subterfuge, only Ligeti seemed an influence, and then not overtly so. Towards the close the music enters a beguiling state of otherworldliness before evaporating. This was twelve minutes well spent.

Rather less so Gesualdo Dub, for piano and ensemble, the latter consisting of strings, woodwind and brass with enough percussion for three players, and also requiring a harp and a tiny organ. The eighteen minutes taken seemed much longer, the music slowly and mysteriously forming (so some naked coughing was unfortunate) with the occasional violent interjection and nightmarish crescendo. Such aspects as Byron Fulcher blowing through his trombone, while vigorously sliding, might have caught the eye but left the ear untroubled. Gesualdo Dub has its moments but not enough of them. No doubts about the performances though, not least from the versatile Andrew Zolinsky in the second work, with Baldur Brönnimann drawing consistently sympathetic contributions from the Philharmonia musicians throughout.

To be fair, my concentration on Gesualdo Dub was compromised by the distracting light of an iPad, which an audience member blithely switched on during the music to read something or other, and she carried on so doing for some minutes. Such selfishness needs to be stamped out. Ian McKellen’s cautionary advice about switching electronic things off was not aired before the recital, nor did Unsuk Chin mention to the audience about avoiding such undesirable acts, something that Julian Anderson, her predecessor, was scrupulous about.

The next Music of Today is on December 4 at 6 p.m. and features pieces by Anders Hillborg.