Dvořák’s Eighth Symphony has been a favourite of the Philharmonia Orchestra in its Queen Elizabeth Hall sojourn. Mikhail Pletnev conducted it in June last year (when the soloist was also Maria João Pires) in a decidedly ‘personal’ interpretation and then Christoph von Dohnányi led an immaculate account in September. Here it was again!

In the Philharmonia Orchestra’s final concert in the QEH before the Royal Festival Hall reopens on 11 June, Vladimir Ashkenazy conducted Dvořák with an innate grasp of the composer’s generosity, depth of humanity and intricate scoring. This was a particularly sensitive, thoughtful and reflective interpretation in which much was made of how Dvořák orchestrated the work; absolute clarity seemed to Ashkenazy’s watchword, a keenly rehearsed and keenly listened-to performance that radiated expression and atmosphere. Dynamic variance was another hallmark and there was also no lack of joy and Slavonic exuberance. A corking performance, in fact, one that will cast a long shadow, just like a Philharmonia account from yesteryear of this work – in October 1992 under Carlo Maria Giulini, in the Royal Festival Hall.

The Philharmonia Orchestra played superbly for Ashkenazy, a response that suggested a particular appreciation for Ashkenazy’s very particular unfolding of Dvořák’s deceptively ‘outdoors’ music; here something darker and searching emerged and did so without mannerism or compromising spontaneity. 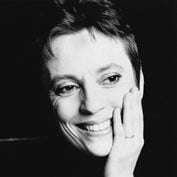 The playing of the introduction to Chopin’s concerto was less certain, however, and although Ashkenazy knows this work intimately as a soloist, there was something ‘strictly accompanimental’, if faithful, about his conducting. Pires gave a refreshingly ‘free’ rendition, subtly shaded and always part of the ‘bigger’ picture – a sustained stream of consciousness; the slow movement was especially eloquent, even if Pires’s first entry was nearly sabotaged by someone unwrapping a sweet! The outer movements were delightfully unforced, the finale’s dance rhythms being winningly spun. 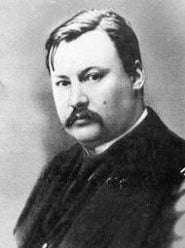 The concert had opened with an enjoyable confection, two movements from Glazunov’s Chopiniana, orchestrations of Chopin piano music. The Nocturne, blessed with first-class horn and clarinet solos, fully conveyed Chopin’s invention in Glazunov’s sympathetic scoring and the ebullient Tarantella (which Glazunov transposed to A major) was deft and colourful.

Before all this was another in the estimable “Music of Today” series. Julian Anderson (Artistic Director of MOT), who had dictated that the new pieces should be related to traditional music and chose the instrumentation, talked with the three composers before the premieres. American Aaron Holloway-Nahum (born 1983 and currently studying at the Royal Academy of Music) said he had little interest in folk-music but that this assignment had whetted his appetite; Nadia Gabriela Plein (1978, Royal College of Music) has been more interested without it influencing her music; and Mark Bowden (1979, Royal Holloway) admitted particular regard for Tibetan music. He also had a head-start on his colleagues by being a saxophonist, one of the instruments stipulated by Anderson.

All three pieces, for a septet of musicians – scored for violin, double bass, flute/alto flute/piccolo, clarinet/bass clarinet, alto saxophone, bassoon and percussion – lasted about 10 minutes and each was technically fluent. Railroad Song, of stuttering and intertwining lines, emerged as witty, fluid and engaging. Dancing Winter Away seemed to get too static after a promising beginning, although the colours produced were entrancing and the cadenza for gongs novel. Cruithne suggested an interest in ‘third stream’ music.

The performances, under the unobtrusive and lucid direction of Jac van Steen, were thoroughly fine.