The Lupu effect had the Royal Festival Hall sold out for the first half but somewhat emptier for the second. Those who left at the interval missed an involving, powerful performance of Rachmaninov’s Second Symphony – uncut, if omitting the first-movement repeat, coming home in just under an hour. 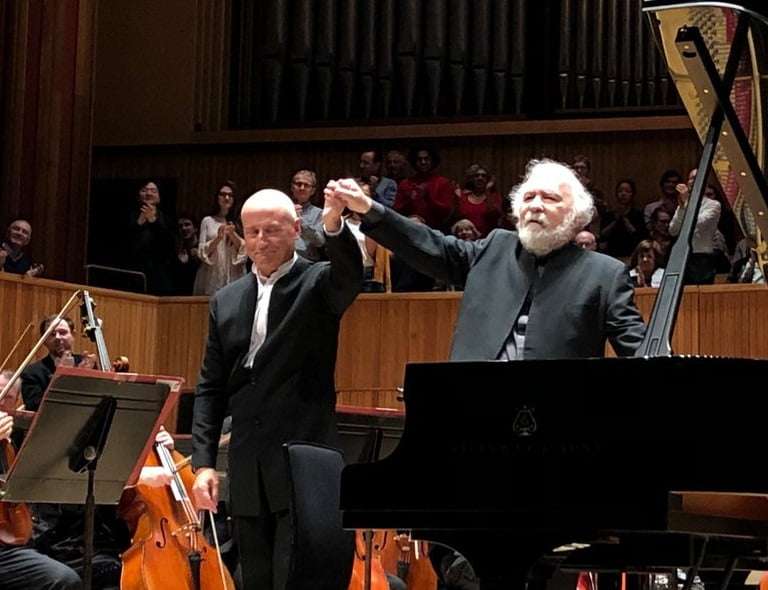 Paavo Järvi stamped the music with authority and a feeling for style and paragraphing, his Baltic way less histrionic or firing on all cylinders than some of his Russian colleagues but none the worse for that. In the first movement he displayed a feeling for rubato and luxuriant weight and expanse that was persuasive, building up to a development section strong on theatre. The Scherzo, “music for Pushkin’s Demons”, was taken at a real Allegro molto, albeit with time for the cantabile melodies to soar. The fugato, kick-started by the second violins in strident voice (right of stage), was one of impressively high precision and synchronicity. If the Adagio seemed brisk for a metronome mark of crotchet=50, with an inclination to accelerate the long crescendo into the great C-major climax at figure 51, the aftermath of its second half was a sensually languorous cameo of particular beauty and interwoven colours.

The Philharmonia Orchestra was in starry form, the strings (16.14.12.10.8, double basses to the left) digging deep. Three bars in, the unanimity of the first woodwind chord – such a tricky entry to balance – arrested the attention; likewise the many set-pieces to for brass – invariably burnished and glowing. The woodwind principals, together with the leader, Zsolt-Tihamér Visontay, all showed their poetic side, expressive delicacy before routine being the order of the hour. Come the end of a long evening, a grand Romantic Symphony run its journey, one mused, incredulously, that Rachmaninov’s skills as a creative melodist and orchestrator should ever have been questioned by his peers or successors. Eric Blom’s Festival of Britain dismissal – contrasting what Brief Encounter audiences felt, not to mention knowing friends like Medtner and Moiseiwitsch – simply doesn’t bear reading.

Rachmaninov and Beethoven are an old programming mix: the great man himself played the “divine” First Piano Concerto and his own Paganini Rhapsody in London with Beecham in April 1938. Using slightly reduced forces, Järvi opened with a sombre, imposing account of Coriolan, alert to pulse and attack, the fading of light and radically imagined disintegration of life at the end calculated to a nicety, the vision suspended into silence without exaggeration. Less clear, given the otherwise ‘modern’ context of the orchestral mix, was the reasoning for natural trumpets (adding nothing to the aural perspective) and period kettledrums (which needed to be on risers to avoid being muffled among the violas). Hard sticks were for the observing, but Antoine Siguré, unlike, say, Tristan Fry or Koen Plaetinck, was for once too much of a gentleman to make much impact. 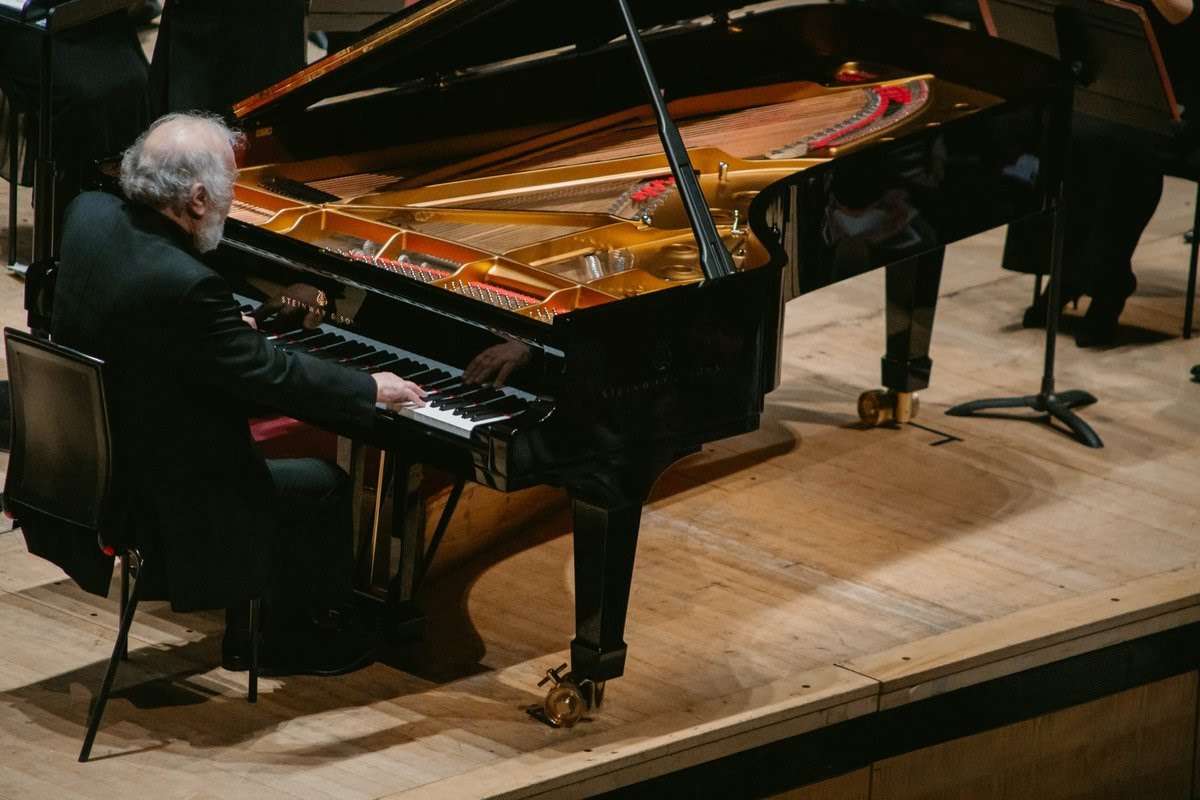 So, to the draw of the night, a rare, much anticipated appearance by Radu Lupu, held in awe by a younger generation endowing him with the mystique of a Lipatti or a Michelangeli, cheered on and off by an audience of elders wanting maybe to recapture their adolescence and the magic of that young Romanian god from Soviet Moscow who seered across our firmament fifty years ago. I saw him last in Paris in early 2016, Järvi again on the rostrum, playing Beethoven Three, somewhat unsettlingly to my mind. I wanted, I willed, this Fourth to be legendary. But from the forsaken right-hand B before the closing caesura of the solo introduction, it left me puzzled, at worst distressed. What exactly was he trying to say, where had his articulation gone, why so many missed notes, approximations and uneven scales? Was his Steinway that badly prepared? Apart from the massive, shoulder-weighted final chords of the outer movements, he confined himself to pretty much a mezzoforte dynamic range, with little obvious attention to colour or register, particularly in the central Andante – Järvi and the Philharmonia, working hard to balance and join, keeping the beasts at bay with little calming for him to do. The cadenzas (the long one for the first movement) washed over me in the oddest, most indifferent way, that to the Finale venturing towards the eccentric in caprice and touch. I sensed this to be a performance dividing as many listeners as it united. There was certainly unease in the air.

What Lupu gave us most, perhaps, was a fireside sketch of the work, sitting at his piano, ruminating, improvising, etching in the outline of harmonies and melodies, stopping, starting. Occasionally (the lyrical second subjects) you’d glimpse a wonderful bar or two of gran espressione surfacing among the rocks and edgy accents. But then it was gone. His left-hand would sometimes turn to the players, he’d reach out to Järvi, he’d half-rise from his chair, then fall back, eyes closed. An old lion, a little worse for wear, remembering something, someone, somewhere lost in the frailties of a tired dream.

His encore, the first of Brahms’s Intermezzos Opus 117, was plain. Yet its very ordinariness was debatably its strength. Mistily, he let the composer speak, he stumbled down a cul-de-sac before finding his way back, he held the last triad long, low E-flat resonating, as though wanting neither sound nor moment to die. Not trying to find too much, anything, he left one sighing. Tchaikovsky to Nadezhda von Meck came to mind: “That melancholy which comes to one in the evening when sitting alone at home, exhausted by work. A book slips from the hand, a swarm of memories fills the mind. How sad to think so much has been, so much is gone. And yet it is sweet to think of the days of one’s youth, to lose ourselves in the past.”