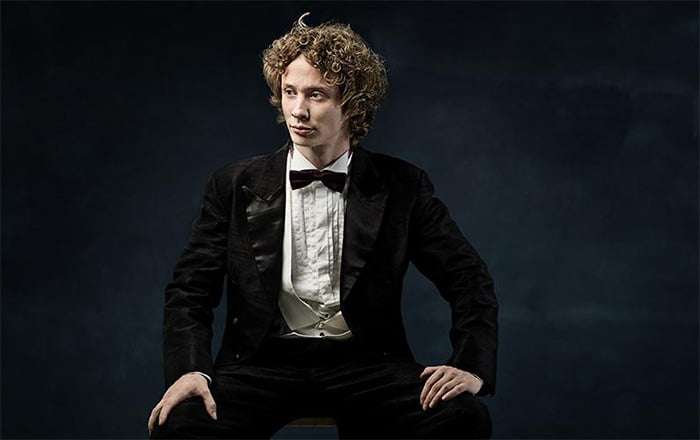 The main concert got off to a bright and breezy start with the Overture to Dmitri Kabalevsky’s opera Colas Breugnon (completed in 1936, revised by 1968), after Romain Rolland’s novel. Second time around the stage-work won its composer (1904-87) the Lenin Prize, by which juncture the Overture already had a place in the repertoire (Fritz Reiner recorded it early on), rightly so for it’s a great little piece. If short openers aren’t so common these days in concerts, Colas Breugnon has been back in favour; this performance was the third in London this year following the London Schools SO and the BBCSO, respectively led by Sian Edwards and Sakari Oramo. Santtu-Matias Rouvali brought his balletic yet graphic (swooping) conducting style to bear on this scintillating and lyrical gem, he didn’t make the mistake of rushing or over-blowing things, and the Philharmonia’s response was pin-point. (I wonder if Rouvali might look at Alan Rawsthorne’s similar-length Street Corner, 1944, in much need of revival and which the Philharmonia recorded in 1946 with Constant Lambert.)

Things weren’t quite so impressive thereafter. In Paganini Rhapsody, for all Denis Kozhukhin’s technical command (nonchalance) he was rather percussive and dismissive of dynamic contrasts – a narrow forte to mezzo-forte was about it, although some tenderness emerged at the end of Variation XVIII. And for all the performers’ togetherness, and details from the orchestra emerging that are not always a given, something indefinable was missing and not just greater modulation. And what happened at the very end when Antoine Siguré provided a loud timpani thwack to usurp the pianist’s witty pay-off – presumably Rouvali’s doing, an aberration that Leif Segerstam (the Finnish connection) might also do (I recall how he ended his Philharmonia ‘Pathétique’ in April 2012). Kozhukhin, so often superb, perhaps tellingly did not offer an encore – a few months ago, in this Hall, with this orchestra, having played this composer’s Second Concerto, he added some poetic Brahms, whereas on this present occasion he looked like someone who had no wish to play anything else.

Pictures at an Exhibition, as arranged Ravel (other orchestrations are available) is a Philharmonia staple. To his credit Rouvali didn’t do things for the sake of it, save at the conclusion with ‘Great Gate of Kiev’ where clipped phrasing and added crescendos were less than convincing. Up to then personal touches had been subtler and there was much to enjoy, not least the flowing reading of ‘The Old Castle’, rather saraband-like, in which Simon Haram’s saxophone was a distinguished presence, as was the eloquent euphonium of Byron Fulcher in ‘Bydlo’, and trumpeter Alistair Mackie was notable in everything he did, starting the performance so thoughtfully and later impersonating the shivering Schmuyle so stylishly. But I haven’t added to my list of amazing (live) Pictures – including Celibidache (LSO), Svetlanov (BBCSO) and, pertinent to the Philharmonia, Maazel in December 2009. 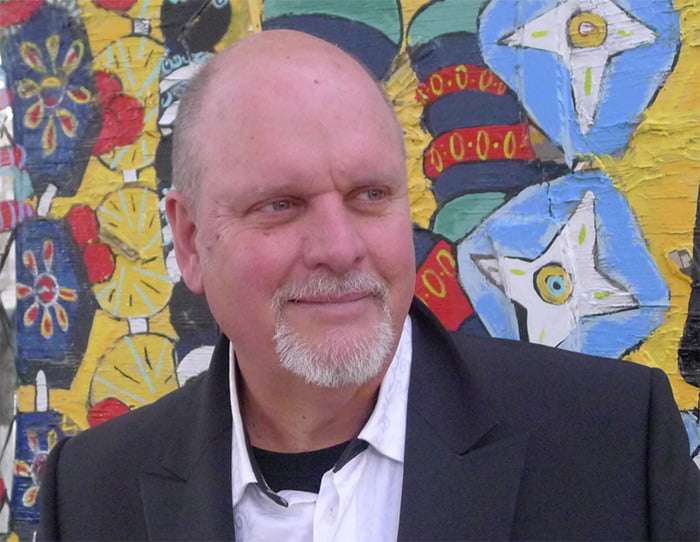 Earlier, the Philharmonia’s long-running and laudable Music of Today presentations returned – typically free and informal – and with this new-season first came the music of Michael Daugherty (born 1954) who “is music’s poet of Americana, sucking the popular and the trashy into the concert hall…” (Philharmonia programme note). Daugherty was present and introduced the chosen pieces with a few words and prompted by Matthew Coorey. It was good stuff, beginning with Walk the Walk (2005) for bass clarinet and two percussionists, a cheer-leader of a piece with echoes of Gershwin (did I hear ‘I got rhythm’ in the funky swing, and the opening flourish of Rhapsody in Blue was suggested?) and Bernstein in the mix; whether I did or didn’t Walk the Walk is very engaging. Somewhat less so is Sing Sing (1993) “for string quartet and pre-recorded sound” including the voice of FBI founder J. Edgar Hoover, the composer’s intention being to reveal the “dark side of America.” It’s a surreal collage, sometimes finding tape and players in conflict, but it’s certainly intriguing.

‘Mermaid Avenue’ from This Land Sings (2016) has a Woody Guthrie element and is scored for a septet of viola, clarinet, trumpet, trombone, bassoon, double bass and percussion; music also with a sinister edge. And then the star of the show, Elvis, as brilliantly portrayed by Robin O’Neill (previously one of four bassoonists in Daugherty’s Hell’s Angels) with wig and costuming, a head-to-foot transformation. Elvis lives rather than Dead Elvis (1993) for bassoon and sextet (more or less, less, the same line-up as for ‘Mermaid Avenue’), although O’Neill as Elvis did end up on his back, still playing, and there were other visual funnies, and Daugherty manages to work into the piece ‘It’s Now or Never’ and the ‘Dies irae’ … great fun, and the performances were all-round brilliant, Coorey conducting the last two.