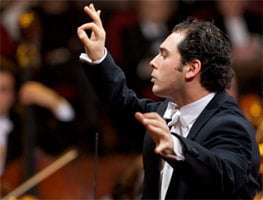 Back from a short but intensive tour of six European cities including Berlin, Munich and Cologne, this Philharmonia Orchestra programme offered us a welcome chance to hear Liadov’s rarely performed The Enchanted Lake, one of only a handful of his works which survive on the fringe of the repertoire, and a less-infrequent opportunity to hear Tchaikovsky’s First Piano Concerto in a performance quite unlike any other.

The rarity of Liadov performances – the other works still played are Baba-Yaga and Kikimora – is probably due to his famed indolence. Having acquired a country-estate by marriage in 1884, Liadov spent his summers there doing precisely nothing. In fact both Kikimora and The Enchanted Lake had their genesis in an abortive opera project, both fairy-tale tone-poems seemingly planned as part of an unwritten opera called “Zoryushka”. Music of a gentle starlit melancholy, it rarely raises its voice. Indeed in its evocation of nature, occasionally it feels like a Russian counterpart to ‘Forest Murmurs’ from Wagner’s “Siegfried”. The Philharmonia has long-excelled in 19th-century Russian repertoire, bringing to it a polished sophistication, and under Tugan Sokhiev’s undemonstrative but confident direction this was no exception. 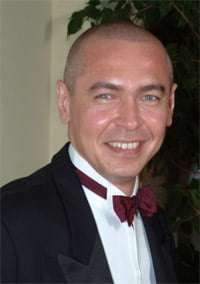 The Tchaikovsky piano concerto was a conundrum wrapped in an enigma. Ivo Pogorelich is an enormously controversial figure. Famously, at the 1980 International Chopin Competition in Warsaw, Martha Argerich called him a genius and left the Jury in protest when her fellow-jurors thought otherwise. It is said of politicians that when they rather than their policies become the story, it is time to go. One feels the same way about Pogorelich. He elected to play from the score, not that he seemed to refer to it, nor did his playing bear much resemblance to what is written – did he fear a memory lapse or because tempos were so slow, his digressions to the wilder shores of fantasy so extreme that he needed an aide-memoire in this most well-known of works?

Obviously there are many ways of skinning a cat but unfortunately this wasn’t one of them. For a start, the performance lasted some 45 minutes. To put this in context, Horowitz and Toscanini get through it in 32. After the opening grand gesture (one feared the piano might disappear through the floor, so mightily did Pogorelich mete out punishment), he seized every opportunity to meander. The first movement’s cadenza was positively catatonic, leaving us praying for the next note. After a deliciously sensitive flute solo from Paul Edmund-Davies, the slow movement’s main theme was delivered at an unyielding forte and in its quicker central section instead of firefly grace Pogorelich resorted to pecked staccatos, whilst the finale marched-in with hobnail boots, the most extreme manifestation of sledgehammer pianism. This was not so much a duel between piano and orchestra as between Pogorelich and the piano. Sokhiev did his best to rein-in Pogorelich’s more perverse caprices, tactfully trying to pick-up speed in tuttis, only to be dragged back as soon as the pianist re-entered the fray.

All was redeemed by a remarkable performance of Shostakovich’s Fifth Symphony. There might have been a few minor reservations about the opening movement. Could its climax have been even more overwhelming, could that bleak final paragraph with distant trumpets have breathed even more of a chill? Maybe, the three subsequent movements made abundantly clear Sokhiev has the rare ability to think strategically and see a work as a whole. The Allegretto, taken swiftly but with real Heft, was nothing if not vicious. In rehearsal for this movement, Kurt Sanderling, a man of few words, once said simply: “Politicians, yuck!”. The string-dominated slow movement brought the very finest from the Philharmonia Orchestra, reaching an arc of intensity one seldom experiences, and to crown it all the account of the finale, often the most problematic of movements because of its sectional nature, went in a single sweep. Instead of begging the question whether the conclusion represents a genuine or a hollow triumph, this peroration sounded the entirely logical resolution of all that had gone before.