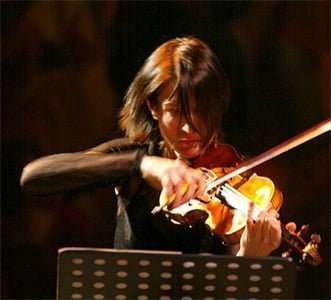 Launching a concert with Mendelssohn’s (second) Violin Concerto might be thought risky – neither soloist nor orchestra have any opportunity to warm up – but in this case any gambles were fully justified. Viktoria Mullova, despite her undeserved ice maiden reputation as a kind of musical Greta Garbo, is one of the World’s great violinists. She is never less than thought-provoking and the antithesis of bland. If her intonation in the first paragraph of the Concerto took a little time to settle, things improved rapidly thereafter. In Tugan Sokhiev and the Philharmonia Orchestra she found ideal partners, focussed, understated and elegant, all the essential Mendelssohnian qualities.

The great merit of Mullova’s playing was that for once the music sounded 100-percent Mendelssohn; too often the work is played with the hindsight of Brahms. This did not preclude flexible tempos (the opening movement’s second subject was ushered in with the greatest tenderness and had us catching our breath) but what was really notable was just how ‘right’ the cadenza sounded when taken by stealth rather than attacked with vehemence or how sparkling and light the swiftest passagework at its close. The succeeding Andante, a ‘song without words’, flowed easefully yet with cool grace, Sokhiev’s eight bars of introduction an object lesson in sensitive scene-setting and the violin line at the very end unobtrusively embellished. The finale, far from being an excuse for pyrotechnics, had a playfulness which took us back to an earlier more-innocent age, echoes of Fritz Kreisler; seldom has the soloist’s joyous interaction with all sections of the orchestra sounded quite so much like chamber music writ large. 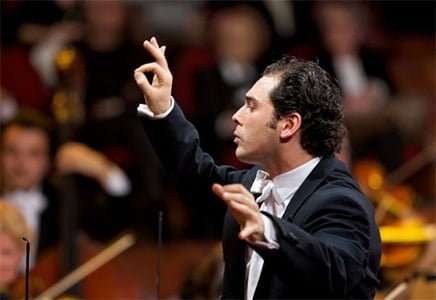 Mahler’s Fourth Symphony poses real problems for interpreters. Adorno got it right when he commented that the “fools bells” heard at the Symphony’s outset seem to declare that “none of what you now hear is true.” Should we take the work as deliberately faux naïf, a fairy-tale where bad things happen from which we will eventually wake up and all will be well again, or is there an altogether darker agenda of a half-remembered childhood being revisited where death is never far away? There are many interpretative pitfalls; in the first movement conductors frequently take Mahler’s many markings – Wild, Flowingly but without haste and so on – as indications of tempo, lurching forwards or holding back, and losing any sense of an underlying base tempo to which to return so that all-too-easily the movement degenerates into a series of unrelated episodes. Not here.

Sokhiev did not entirely avoid a degree of self-consciousness but for the most part this was thoroughly impressive and quite beautifully played with something of that Philharmonia sheen that Paul Kletzki used to bring to this music, the musicians listening to each another, generally a notch down in dynamics and genuinely attempting to observe Mahler’s hairpin markings – f, p, crescendo, diminuendo and ppp within just four bars. Also, culmination occurred in all the right places, the first movement’s Schwungvoll climax pressing forward rather than laboured and Katy Woolley’s horn cadenza at the close avoiding the agogics to which it is frequently treated. 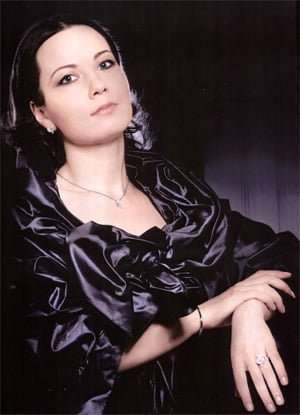 The ‘Death’s Fiddle’ Scherzo was particularly successful, edgy and unnerving, Zsolt-Tihamér Visontay’s re-tuned (additional) violin weaving in and out of the texture like a malign presence but never dominating, and Sokhiev’s forward-moving tempo was judged to a nicety. The glorious Ruhevoll slow movement breathed in long unaffected paragraphs and found the Philharmonia’s cellos and violas on peak form; occasionally in the contrasting sections one longed for a slightly lighter more flowing touch – it all felt a little too closely observed and overly careful – but the successive increases in speed in the run-up to climax were well-judged, natural and unobtrusive. Earlier there had been some notably fine woodwind-playing, particularly from oboist Christopher Cowie (oboe) and Christine Pendrill on cor anglais.

The child’s vision of Heaven with which the Symphony concludes may have been written seven years previously but it is a completely logical ‘closing of the circle’ or as the Bible would have it “In mine beginning is mine end.” Sokhiev missed a trick here with too protracted a pause between the close of the slow movement – surely at this point we are already in Heaven – and commencing the finale. In doing so the atmosphere of wonder was dissipated. Mahler directs that the vocal part should be “sung with childlike and serene expression”. Many singers bring an aura of artful sophistication which is out of place, certainly not the case with Anastasia Kalagina, a soloist of the Mariinsky Theatre whose bright bell-like tones should have been just right; unfortunately the her sound was less than wholly grateful, occasionally verging on the harsh. Nonetheless, at Sokhiev’s relaxed tempo there was much to admire and that final glorious leave-taking paragraph “Kein Musik ist ja nicht auf Erden / Die unsrer verglichen kann werden” (There is just no music on earth that can compare to ours) was deeply affecting. I know what I want played at my funeral!