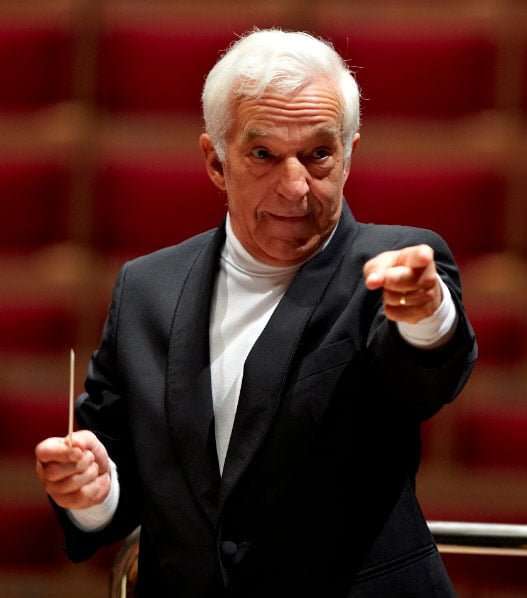 The Philharmonia Orchestra and Vladimir Ashkenazy are currently having a fling with Rachmaninov’s Second Symphony; four performances in six days of which this was the third. It went splendidly – thanks to Ashkenazy’s deep-rooted association as pianist and conductor with this composer and his seasoned and productive relationship with these musicians.

From the off this account was charged, the music flowed with intent, and the first-movement exposition (which is easy to make a meal of) avoided distortion and dislocation, and Ashkenazy convinced that there is no need to repeat it. He went instead for a dramatic development, trusting rather than indulging the music, and how gratifying that the movement’s concluding stamp should be ‘just’ tutti double basses (with no spurious additions), these instruments really leaned on by their owners. The Scherzo was whizz-bang celebratory, its second subject emollient, the Trio trenchant, followed by a spacious unfolding of the Adagio, led by Mark van de Wiel’s poetic clarinet solo, luxuriantly taken up by the strings for impassioned entreaties. As the light of the music fades, Ashkenazy ensured a poignant turn of phrase into the deeply embedded cello trills. The Finale was taken at quite a lick (if hardly at the pace of Alfred Wallenstein’s LA Phil recording!) with rhetorical moments imbued from the music itself. The coda was glorious and exhilarating.

Although the majority of conductors now give us a complete ‘Rach 2’ text – a trail blazed a few decades ago in recordings by Kletzki, Previn (who first of all had erred) and a reforming Ormandy – tampering with it can still happen. Ashkenazy gave it uncut, to advantage; indeed this was an outing aflame with deep, dark, intimate and triumphant illustrations, and for an hour or so the musicians gave their all on behalf of this epic work. 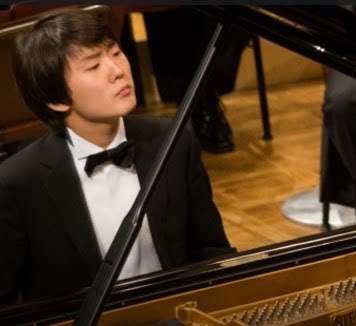 The concert had opened with some brilliant Berlioz – zesty, tender (Jill Crowther’s cor anglais solo) and festive – brazen and skirling, too, enjoyably so. And then we awaited 21-year-old Paris-based Seong-Jin Cho (born in Seoul) who recently took the First Prize and Gold Medal in the Fryderyk Chopin Piano Competition XVII. Here he reprised his winning Concerto. He is already a veteran of several contests, since 2008, and has worked with conductors such as Valery Gergiev, Yuri Temirkanov, Marek Janowski and the late Lorin Maazel.

Seong-Jin Cho gave a poised and confident reading of Chopin No.1, alertly accompanied, and another composer that Ashkenazy has consistently championed. Cho conjured a sound from the Steinway that was clean yet fibrous, neither bright nor forced, and his playing was scintillating without showiness and sovereign in terms of phrasing. Technically effortless (the art that conceals art), the music was loaded with unaffected expression, if maybe just a little too preordained. Best, perhaps, was the nocturnal musing of the slow movement, raptly delivered by the pianist and nicely traced by bassoonist Ursula Leveaux, this ‘Romanze’ magically vanishing into a gleeful and graceful Finale.

Cho’s technique and musicianship not in doubt, something more spontaneous might have been in evidence, and hopefully greater character – that indefinable ‘something’ – will develop in the years ahead. Fantasy was apparent in his encore, however, the ‘Raindrop’ Prelude (from Chopin’s Opus 28), brought off with sensitivity and imagination, but a shame that what should have been silent reflection at the close was clapped into too soon.

Microphones were present, so maybe the Berlioz and Rachmaninov are destined for release on Signum. In this regard Seong-Jin Cho is being looked after by Deutsche Grammophon and a recital from his successful Chopin rounds was doing brisk business during this concert’s interval, the pianist now in signing mode.