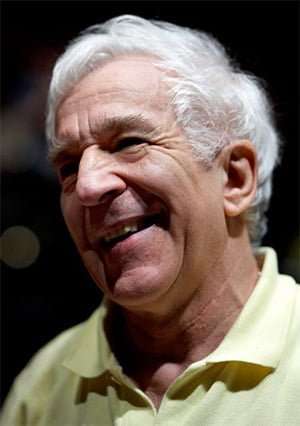 This programme found the Philharmonia Orchestra on top form with two great artists supremely well attuned to the music being played. Vladimir Ashkenazy is a familiar and much-loved presence on the London concert scene, Patricia Kopatchinskaja (or “Patkop” as she is referred to on her website) less so; Moldovan, barefoot and wearing what looked like a Vivienne Westwood creation, she might be thought merely eccentric but her playing was utterly riveting, wholly distinctive and totally at one with Stravinsky’s unusual Violin Concerto.

Preceding that was the same composer’s Four Norwegian Moods, an apt choice. Disillusioned with Europe and in America when World War Two broke out, Stravinsky decided to remain there. Earning money became a necessity and the early works of his American period – the Circus Polka written for elephants at Barnum & Bailey Circus, the Ebony Concerto for Woody Herman’s band – and what eventually became Four Norwegian Moods were the product of commercial pressures; this last had its origins in 1942 when Stravinsky was invited to compose the score for a Hollywood film, The Commandos Strike At Dawn, about the landings in Nazi-occupied Norway. The Director refused to accept Stravinsky’s music until it was subjected to the attentions of Hollywood arrangers. The composer refused and his efforts ended up as a four-movement suite first-played by the Boston Symphony Orchestra in 1944. The opening ‘Intrada’ triggers memories of Petrushka and brought a palpable sense of enjoyment as well as some characterful playing from Mark van de Wiel (clarinet) and Robin O’Neill (bassoon), the following ‘Song’ a fine cor anglais solo from Jill Crowther and ‘Wedding Dance’ an exuberantly committed response from the strings. This and the brief but surprisingly lively concluding ‘Cortège’ led neatly into the Violin Concerto. Nothing we had heard up to this point quite prepared us for the arrival of 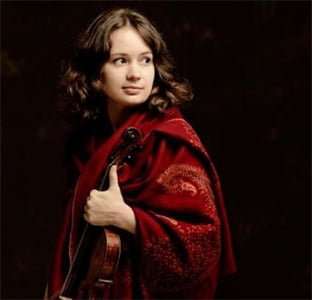 Kopatchinskaja. Stravinsky wrote of his dislike of Classical violin concertos. His is quite unlike any of these; for him the only such work which drew his unqualified approval was that of Schoenberg, written several years after his, but he certainly admired J. S. Bach’s Double Concerto and this duet element finds a counterpart in his own work, the texture more that of chamber music. There is, for instance, no cadenza and the concerto as a whole seems a tribute to earlier times seen through 20th-century eyes.

Maybe Kopatchinskaja’s unusual dress was a conscious echo of that time, inspired by hoop dresses of the period. No matter for the playing was the thing and it was completely stunning, not a word to use lightly. Like another great interpreter of the piece, Isaac Stern, Kopatchinskaja may not place much store by sheer beauty of sound but she is perfectly cast in the piece and illuminates it from within, intuitively understanding when to recede into the shadows – for instance in ‘Aria II’ which probed hitherto unsuspected depths – and elsewhere giving its rhythms a propulsive kick. The closing ‘Capriccio’ was outstanding in this respect, her bowing at a couple of points almost unbelievable. The members of the Philharmonia Orchestra, clearly rejoicing in a soloist who interacted with them constantly, offered magnificent support. I do not expect to hear a more convincing account. There was an exuberant unannounced encore composed by the soloist which turned into a duet with leader Zsolt-Tihamér Visontay.

Tchaikovsky’s Manfred can be a difficult work to bring off. For one thing, it ends quietly. For another, it can seem unduly protracted, mawkish and luxuriating in hyper emotion. For those of us who love the piece (I do) this can be a real pity, not only because it does not get performed as often as we might like but also because it seldom quite comes up to our hopes and expectations. On this occasion, through sheer conviction and an innate sense of when to hold back or when to press forward, Ashkenazy and the Philharmonia Orchestra made the best possible case for it and unerringly reached the parts which elude many other performers. The big climaxes made a thunderous impact, tempos were acutely chosen (especially the pastoral third movement which paid full attention to inner parts and treated us to some subtle horn-playing from Geremia Iezzi as well as Gordon Hunt’s affectionate oboe solo) and there was a notably fleet second-movement scherzo which vanished into thin air with a final upward flourish on the violin. The only slight disappointment was the Royal Festival Hall’s restored organ, which seemed unduly reticent when it came to the apotheosis.

No apologies for ending with a grouse and a serious one. Immediately outside the doors to the stage/stalls area throughout the evening gaggles of people were being volubly addressed by speakers (audible even in Manfred) whilst others were working on their laptops. When the audience, which contained a good many elderly people, emerged at the interval there was nowhere for them to sit or even to hear themselves speak. Does any other concert hall treat its patrons in this way, allowing people who have nothing whatsoever to do with what is going inside the hall itself unrestricted access to all parts of the venue at all times? Is the RFH simply now a public facility (in which case its management should be transferred to Parks & Leisure)? After nearly half a century of concert-going if this is to continue I shall be delighted never to have to go there again.