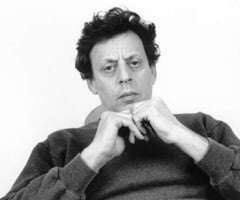 At 70, Philip Glass is as prolific as ever. “Book of Longing” is a collection of poems by Leonard Cohen, from which a selection has been set to music. Stated as being of 1½ hours’ duration, without interval, it was, in actuality, nearer 1¾ hours’ long.

Although a note by the composer declares that “this work is both a departure from past work and a fulfilment of an artistic dream”, it is difficult to reconcile the first part of this statement with the resultant music. For the Glass ingredients were present with all their familiarity and – dare it be said? – predictability.

The characteristic scales and arpeggios formed the basis of the musical texture over which the voices proclaimed the verses in an often declamatory-like manner. Little vocal lyricism was apparent, even at moments when the text seemed to demand such a musical response. 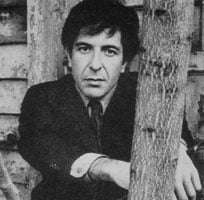 22 poems – some extremely short, others much lengthier – are contained in this compilation. Cohen’s recorded voice spoke the prologue and some of the shorter verses, without musical accompaniment. The musical settings are allotted to four singers who operate as soloists, in varying combinations and sometimes as a kind of collective ‘chorus’.

The problem is the dry, laconic wit of the poetic writing – perfectly conveyed in Cohen’s own delivery – is often allied to a musical realisation which seemed somehow pretentious and failed to articulate the nuances of some quite expressive and evocative texts.

On the other hand, the po-faced setting of such lines as “See what you have done to me / As if you give a shit” or “disappearing naturally up my own asshole” seemed deliberately intended to be provocative. It was difficult to detect an underlying narrative thread running through the chosen poems – perhaps none was intended – though disappointment in love seemed to be a recurring theme.

At various points between the vocal settings, there were some striking solo instrumental cadenzas that found Glass breaking away somewhat from his formulaic models. Each instrument – save the keyboards and percussion – had their moment in the limelight; perhaps the most striking – surprisingly – being that for the double bass, eloquently executed by Eleonore Oppenheim, though all the playing was predictably polished. 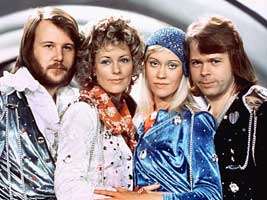 And there were some effective individual settings – the laid back ‘God opened my eyes’, for instance, or ‘How much I love you’ with its verbal allusions to the Arabian Sea evoked wistfully via the music. On the other hand, the ‘quasi pop’ style adopted in one or two instances was not so successful, sounding rather like Abba without the tunes and, frankly, decidedly dated.

In fact, the Glass piece than sprang to mind most readily was the 1985 song-cycle “Songs from Liquid Days”, and I thought I detected some allusions to its music.

“Book of Longing” was presented in what might be termed a ‘semi-staged’ manner, with images by Leonard Cohen (sometimes in the form of self-portraits and caricatures) projected at the back of the stage, and an area for the singers with chairs towards the front. There was quite a lot of to-ing and fro-ing, much of which was quite unnecessary.

The singing style was more ‘musical’ orientated than that for traditional concert delivery, and all acquitted themselves well, though Dominique Plaisant occasionally sounded under the note. Tara Hugo, however, made a most striking impression.

It was surprising to find Michael Riesman actually counting out loud before the beginning of many of the songs, and his gestures occasionally bore little resemblance to the tempo of the music being performed.

“Book of Longing” has already been recorded and no doubt Glass aficionados will respond more warmly to it than I was able to do.

As a celebration of Philip Glass’s 70th-birthday, I found English National Opera’s staging of “Satyagraha” an altogether more engrossing and rewarding experience.