A play by Pam Gems, with music and the songs of Edith Piaf by Marguerite Monnot and others 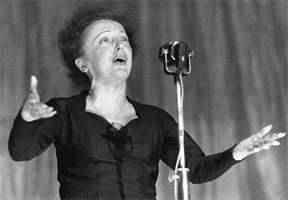 The Royal Shakespeare Company first produced Pam Gems’s play about French singer Edith Piaf thirty years ago (also at the Donmar Warehouse) with Jane Lapotaire in the title role. It transferred to the West End and in 1981 went to Broadway. It was revived in 1993 with Elaine Paige. Originally it ran to two hours and forty minutes but Gems has cut it down to around 100 minutes with no interval. This has made it less of a play than it ever was but even the original was really only a collection of scenes from the life of Paris’s most famous chanteuse. I say Paris rather than France, for Piaf was essentially Parisian and was in fact born on the streets of the French capital.

Edith Giovanna Gassion entered the world literally in a gutter in the Parisian suburb of Belleville in 1915. She was taken to a nearby hospital and named after the war heroine, nurse Edith Cavell. The name ‘Piaf’ came from a French word meaning ‘sparrow’, a term she used later in life after her success as a singer. Her mother was a café singer, her father a street acrobat. When they abandoned Edith, she went to live with her maternal grandmother until her father put her into a brothel where the prostitutes looked after her. 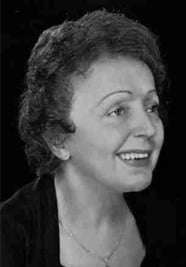 She began singing in public at age 14 with her father’s street troupe. In the play she claims she acquired her loud voice by having to make herself heard over the sounds of the traffic. In 1935 she was discovered by a Paris nightclub owner, Louis Leplée, who polished her act for public performance and suggested she always wear that little black dress. Later, when Leplée was murdered by associates of Piaf, she was accused of being an accessory but was nevertheless acquitted.

Piaf came from the streets and for most of her life she sang about the lives of the people in the gutter. Not averse to going on the game, she had trouble choosing boyfriends who were generally unsuitable anyway, and had many relationships with men who she could not resist, particularly if they were good looking. She was married three times, first to boxer Marcel Cerdan who was killed in an air crash, then to singer Jacques Pills and finally to Greek hairdresser Théo Sarapo.

Along the way she discovered actors Yves Montand and Charles Aznavour, among others, and was involved in a car crash with the latter. Further accidents ensured her addiction to morphine and alcohol. Hers was a short life – but not a particularly merry one – and she died, like Judy Garland, at the age of 47. When her death was announced, her great friend Jean Cocteau also gave up the ghost.

Gems’s script rushes through Piaf’s short life from her earliest days on the streets, through her wartime performing for German officers, allegedly a front for her work with the Resistance in which she helped refugees escape from the Nazis, to her international star status, while along the way making huge hits out of such songs as ‘La vie en rose’, ‘Milord’ ‘Little Jimmy Brown’, ‘L’accordéoniste’, ‘Bravo pour le clown’, ‘Le légionnaire’, ‘Hymne à l’amour’ (If you love me, really love me), and, of course, ‘Non, je ne regrette rien’. Rather like her contemporary, Judy Garland, Piaf seemed to have a death wish. She managed to find trouble wherever she went and for a deal of her life she was in pain from the various car crashes she had endured. 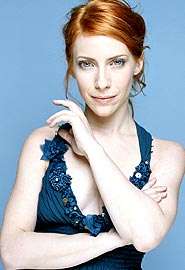 As Piaf, Elena Roger brings the character of Edith to rip-roaring life so that it is difficult to imagine anybody else getting anywhere near the soul of the woman (even the recent Oscar-winning performance by Marion Cotillard in the film “La vie en rose”). Roger is Piaf and it hardly seems like an acting performance at all. Instead it’s a selfless embodiment of the singer and yet she is not playing her as a great tragic heroine but just as a difficult woman who was also her own worst enemy. Jamie Lloyd’s pell-mell production moves swiftly and dramatically from one short scene to another, a helter-skelter journey punctuated by the songs in which the vocal delivery is uncannily like that of Piaf’s own incisive, rough-edged voice.

A brilliantly choreographed scene in slow motion depicting Marcel in a boxing bout is as stunningly executed as, say, some of the scenes in Martin Scorsese’s film “Raging Bull”. It is a very physical staging in which Roger is so roughly manhandled by the cast in several scenes that it’s a wonder the actress is not black and blue by the end of the evening. No doubt every performance is an emotional roller-coaster ride for her, a switchback trip into the life of this enigmatic, infuriating performer. At the performance I attended, the audience’s response was immediate and completely spontaneous; Roger truly deserved the standing ovation.

The supporting cast does wonders, the nine actors playing over thirty different parts. Phillip Browne contributes a fine performance as her lover, the boxer Marcel Cerdan, among others, Lorraine Bruce is a hoot as Toine, Edith’s old mate from her early days on the streets, and Katherine Kingsley does a passable imitation of Marlene Dietrich, her friend and co-conspirator in her advice to Edith about young men. The music provided by Nigel Lilley and Marcus Tilt on piano and accordion forms a suitably evocative background to this touching story of the loveable but doomed singer. If, finally, the play is no great shakes as drama, certainly Roger’s acting and singing performance goes some way to explaining what it was like to be an icon in public but to have the shattered body and soul of a poor sparrow in private.