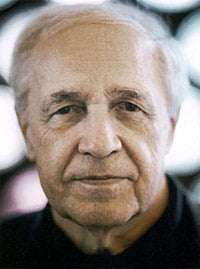 On 26 March this year, Pierre Boulez is due to turn 83, but he looks far younger and exudes the energy of a person half his age. At this concert, the composer-conductor and fifteen remarkably gifted musicians from the Lucerne Festival Academy Ensemble, of which Boulez is Artistic Director, presented two of Boulez’s most ambitious works in Carnegie Hall’s “Making Music” series. Ara Guzelimian, host of the series, conducted a brief interview with Boulez before he conducted each work.

“Le Marteau sans maître”, a landmark of post-war serialism, was composed between 1953 and 1955. Boulez described a crucial influence on the work’s sound and unusual instrumentation (alto flute, viola, guitar, enough percussion for three players and mezzo-soprano): a collection of recordings of traditional music from Asia and Africa to which a friend at Radio France had given him access. While Boulez retained the extended techniques he had honed in earlier works, he had sought timbre in a direction “away from the European sound [toward the] sonorities of … Asia and African music”; for example, the guitar sometimes emulates the sound of a Japanese koto. Boulez also banished one common notion: “I don’t use the text (poems by René Char) as the sonority”, but rather to express the intense, often conflicting or vague imagery of the words.

The instrumentalists, all in their mid-20s, were enormously impressive, eliciting the exotic sounds of ‘Marteau’ while navigating with jaw-dropping ease its unrelentingly difficult minefield of shifting time-signatures and rhythmic complexity. (Boulez mentioned that the first performance, under Hans Rosbaud, has required 60 hours of rehearsal — and that at the American premiere, the only composer present turning the pages of his study score at the right time was no less than Igor Stravinsky, who felt the work a masterpiece.) 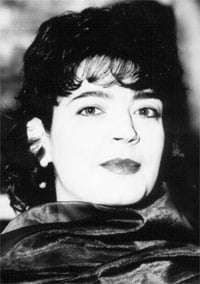 Hilary Summers sang the four vocal movements with vivid dramatic sense, evoking the clashing images and emotions of Char’s text in stunning, extrovert style. The alto flute has a good deal of particularly exposed cantabile material, which Sakura Kindynis played with amazing authority. In fact, the work benefited greatly from the copious energy, engagement and enthusiasm of all of the players.

The second work, Sur Incises (completed in 1998), is a more-recent, large-scale work of over 40 minutes based on the five-minute Incises that Boulez had written for a piano competition. Boulez mentioned he had been thinking of a concerto for Maurizio Pollini, then imagined a work where a single sonority “expands” from one piano to three, and the timbre itself expands from each piano to harps and percussion including keyboards, chimes and steel drums. As for Incises, Boulez said he envisioned sections of relative calm contrasting with “virtuosity … I like virtuosity, not for the sake of virtuosity, but because it is dangerous!”.

The music is of furious toccata-like sections in rapid staccato rhythm alternating with static contrasts — bearing more than a passing similarity with the delicate, quiet parts of “Pli selon pli” — seemingly suspended in time. While Sur Incises is in no way diatonic or tonal-centric, dissonance does not prevail; the expansive harmonies, arpeggiated flourishes and scale-like figures suggest an almost diatonic sound in “suspended harmony”. Structurally, the work has much in common with Répons, including similar alternation of tempos and timbres, but with greater coherence. The music itself almost continually blossoms from the pianos into the harps and percussion which largely add texture and timbre in unfailingly beautiful and sometimes stunning ways — for example a repeated note that begins and expands in the pianos, transforms through the harps as the pitch emerges timbrally transformed from the steel drum.

Another of the most striking moments in the rapid section that directly precedes the soft, atmospheric ending contained sweeping, scale-like figures suggestive of Conlon Nancarrow’s piano-rolls and György Ligeti’s late works. The work seemed to fly by in half the time of its forty minutes’ duration, and left this listener wanting more. The musicians elicited an amazing range of colors, playing with a rare combination of technical control and visceral physicality, in remarkable contrast to Boulez, whose famously precise conducting style was the center of this percussive musical dynamo.

Following the concert, Boulez reflected backstage on how it feels to perform these works — one an undisputed landmark, the other a recent work imbued with vitality — with such remarkably talented musicians. “Optimistic — I am optimistic!” he said with unabashed delight.