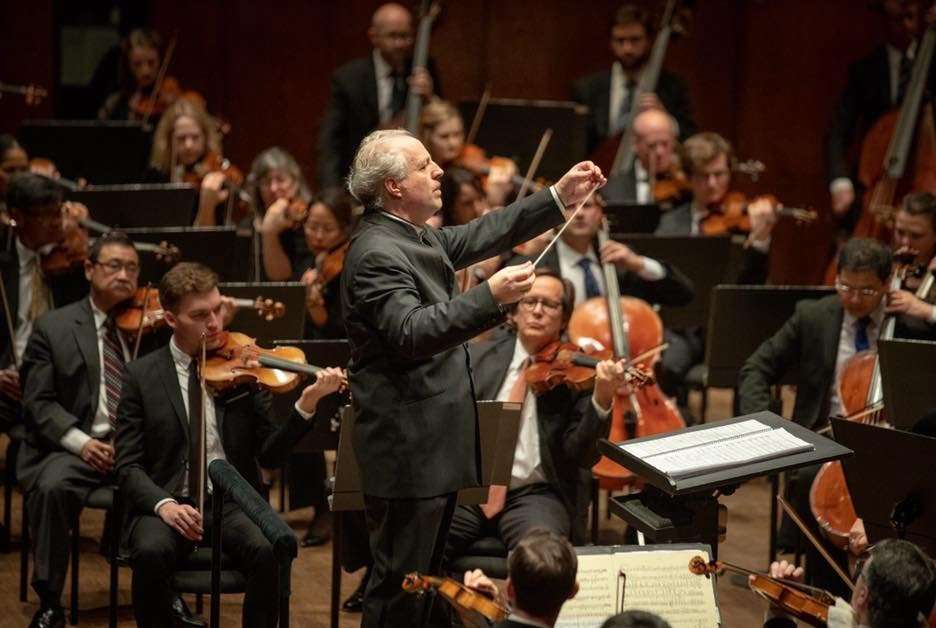 An interesting pairing of two Fifths, and both Till Fellner and Manfred Honeck hail from Austria, where in Vienna Beethoven and Mahler had their greatest successes.

The stylistic interpretations of these two Fifths could not have been more different. Fellner gave an intelligent, articulate, refined and basically straightforward reading of the ‘Emperor’ Concerto. Opening with a strong, majestic first theme, the Beethoven combined energetic vitality with articulate and stylish playing from the soloist. A dream-like character pervaded the Adagio, evoking the impression of a meditative prayer sung softly in church. During the transition to the Finale, Fellner seemed to hesitate as if reluctant to give way to its more extrovert nature. His vital, demonstrative reading contrasted in the extreme with what Honeck was to do with (and to) the Mahler. Honeck stayed out of Fellner’s way in the Beethoven; in contrast, Honeck’s self-indulgent reading of Mahler’s Fifth was so cluttered with exceedingly awkward attempts at rubato, hyped-up, ear-splitting dynamic levels and frenetically fast tempos.

Throughout the Mahler, Honeck seemed intent on creating an overwhelming impression whenever a powerful climax occurred. So, fortissimo chords or entire passages were bellowed out obtrusively. For example, the chords that embellish the first statement of the funeral march following the opening trumpet tattoos were so overpowering that the march-theme played by the strings and marked pianissimo was faint and ineffectual. Honeck’s penchant for over dramatizing worked well in the middle section, driven by manic outrage, yet comported well with his highly intense approach to the second movement. 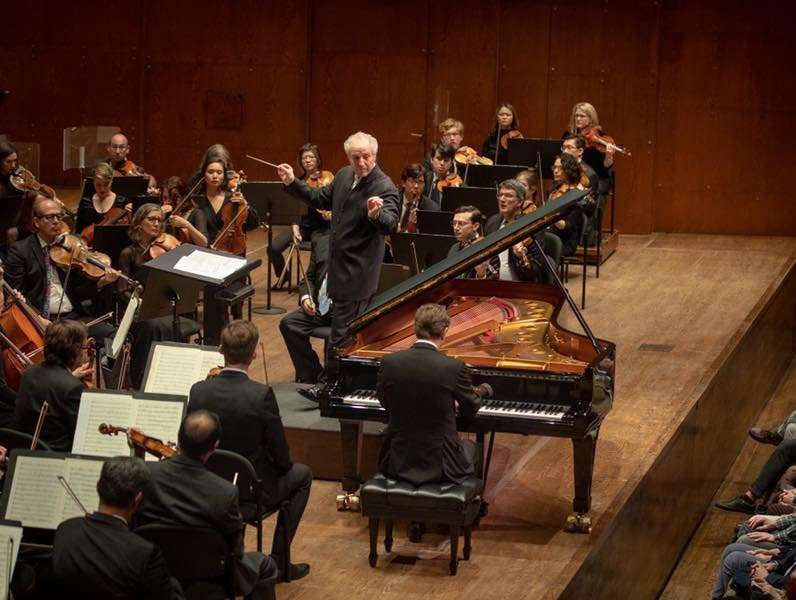 Honeck tended to exaggerate the melodic line occasionally by intrusive little swells on individual notes, and he micro-managed segments of lyrical phrases and dynamics that did little more than disturb the melodic line. He also tended to focus on the brass. Another strangely disconcerting tendency was to play the second of a two-bar repeating phrase softer than the first, an old-fashioned effect completely out of place in Mahler’s idiom. However, it was satisfying to hear that he played the pizzicato note with which the first movement concludes forcefully, in contrast to the faint treatment by those conductors who contend that a sforzando marking does not mean the note should be played strongly.

The stormy second movement was dominated by vigorous pacing, overly loud outbursts and stretched-out (pompous) climaxes. A fine tempo to open the middle movement, if consistently applied, would have avoided confusion, but Honeck had difficulty maintaining the speed when it was called for. Given the gimmicky character of his self-imposed tempo adjustments and other mannerisms that plagued this performance, the movement lacked structural cohesion. The horn solos were admirably performed by William Caballero, but exaggerated phrasing, possibly in an effort to be stylistically idiomatic, occasional unattractive hesitations in the phrasing and radical tempo adjustments only impeded the movement’s success. An overly raucous conclusion might have seemed justified given the Presto marking, but it was carried to such an extreme that the playing became sloppy and the effect simply riotous.

Flexible pacing, if not all ritards, was more appropriately applied during the Adagietto. It was a pity that the low A in the strings that comes in the second bar of the Finale and ties that movement with its predecessor was virtually inaudible. Each of the wind figures that follow and will be integrated into the main theme were imbued with a noticeably special character. A hesitant opening to the clarinet solo that concludes this introductory passage on the way to the horn’s statement of the theme was a clever device. Honeck set a lively tempo that kept spirits up, but soon little affectations began to intrude. Ear-splitting climaxes overwhelmed, having the effect of noise for its own sake rather than lending power to the music’s dramatic character. As the movement proceeded, the forward motion increased measurably. The abbreviated version of the “Grand Chorale” from the second movement was bombastic rather than grandiloquent, tortured with bellowing brass. Mahler intended this reprise to be more of a memory than a fulfillment of its glorious vision. Honeck reversed Mahler’s intentions. He drove the orchestra wildly to the close as if racing to the finish line. Overall, this performance suffered from piled-on exaggerations whose purpose could only be to overpower and over-stimulate with hyperbole. By the tumultuous applause it would appear that the audience succumbed. But does such a performance serve the music at all well?