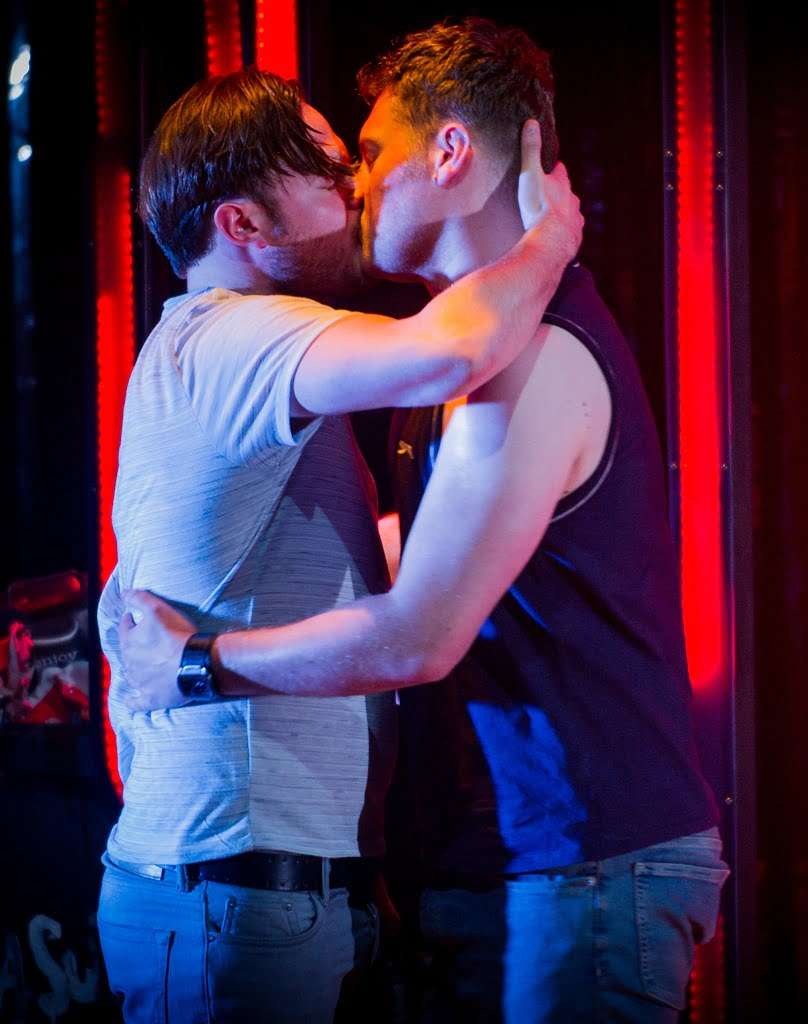 Mark Simpson’s first opera has an unusual setting. Most of the action takes place in the toilet of a gay club, Pleasure. The central character is the toilet attendant, Viv. Battered and bruised by life, she has found solace in her role as comforter to the young men who frequent the nightclub in search of love and excitement. Lesley Garrett is riveting vocally and theatrically, as Viv’s story of domestic abuse and poverty unfolds to a tragic climax.

With four singers, ten musicians and a 75-minute duration, Pleasure is a concentrated drama. Echoes of Greek myth inform its content and cabaret and pop its musical idiom. Psappha under Nicholas Kok is polished and slick. Sinister muted-trumpet and devilish bass notes hint at the dark side of the pursuit of hedonism: the drink and drugs that can fuel it.

The pulsing synthesiser is a reminder of the dance-floor on the other side of the door to the Gents. Viv’s domain provides an emotional space for Matthew, sung with tenderness and clarity by Nick Prichard, as he explores his feelings for Nathan, a handsome stranger who has aroused strong feelings in him. “Shall we aim our lives at Pleasure and to hell with the rest of society?”, Matthew asks. The Drag Queen and Club Performer, Anna Fewmore, played with panache by Steven Page, is suspicious of Nathan’s motives. He senses trouble and he is right. Page’s cabaret numbers, performed on a balcony with the musicians above the main action, are a highlight. In one he performs a balloon striptease to reveal his body wrapped in yellow police crime tape, a reminder of the proximity of violence and death. 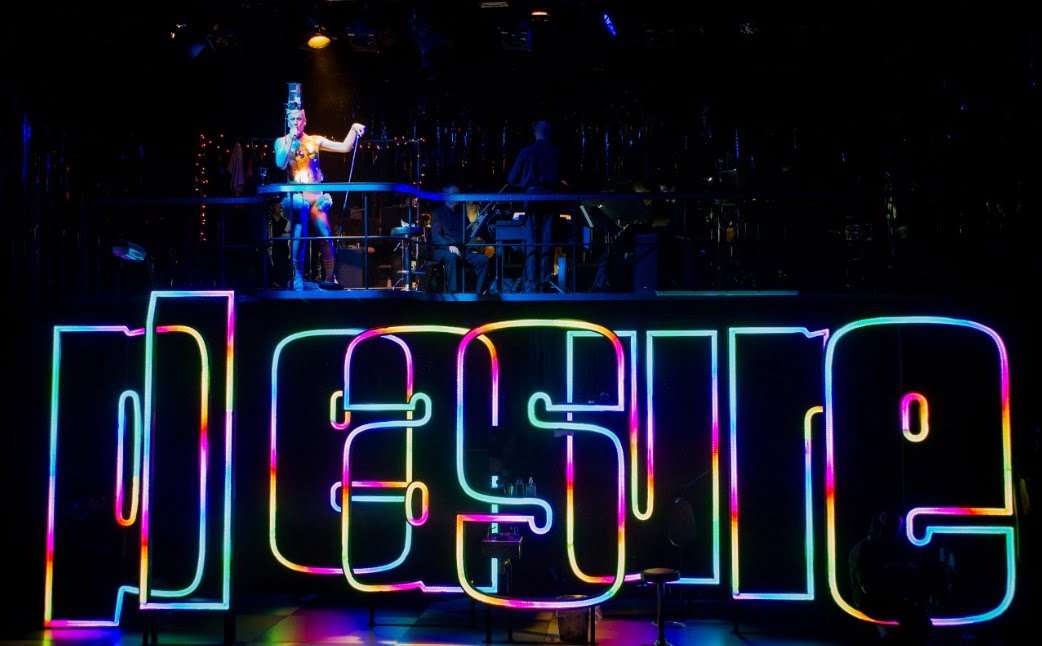 The star of the evening, apart from Garrett, is the production design. Huge, squat letters spelling out the title of the opera form the acting and singing space, lit in changing colours to reflect the gaudy location and the flames of Hell. The horizontals gave Garrett shelves for toilet rolls and hand cleaner, the curves of the letters winding around a urinal and a basin – industrial, functional and startling.

The precarious balance between freedom, self-expression and excess is touchingly detailed in the libretto and movingly reflected in Simpson’s varied score, but lacks dramatic transparency and shape. However, there are many poignant moments and as a first opera, much enjoyed by this bohemian audience, it shows great promise.