Puccini
Edgar – Dramma lirico in four acts to a libretto by Ferdinando Fontana based on the poem La Coupe et les lèvres by Alfred de Musset [London premiere of original version; performed in the Critical Edition by Linda Fairtile; sung in Italian with English surtitles] 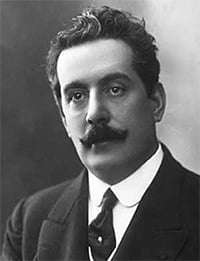 Here was a treat for Puccinians, although New Sussex Opera deserved better than a half-full/empty Cadogan Hall for this rare performance of Edgar (even rarer in this its original form). Yes, Donizetti’s equally infrequent Belisario was competing at the Barbican Centre (so could not Edgar have begun a couple of hours earlier than the already-unusual 5 o’clock to allow fans of Italian opera to attend both?), but the low turnout was a surprise (and this in a hall that holds only 900, even less on this occasion with an extended stage). One might imagine that those who flock for La bohème, Madama Butterfly, Tosca, and Turandot, might have been curious about the same composer’s second opera (Le villi is the first). For all Edgar’s mixed success, which continued in the revisions, it was worth this staging and worth attending. That Puccini eventually gave up with Edgar – even writing to an English woman friend, “… may God protect you from this opera…” – this doesn’t lessen the interest. Received opinion is a dangerous thing.

If, in retrospect, Puccini was being somewhat harsh on Edgar, he was no doubt aware that his greater self was emerging and he was better employed developing those operas that today sustain his name and fill opera-houses. This NSO performance of Edgar in its Original Version (first performed in April 1889 at La Scala and not well received) was only the second in the UK (the first had been three days earlier in Lewes Town Hall) – the complete four-act manuscript was rediscovered as recently as 2008 – and served to suggest that Edgar is a better piece than posterity (and the composer) has suggested, but also that it is flawed.

Not that NSO’s semi-staging was beyond reproach. Although the members of St Paul’s Sinfonia played well enough, particularly woodwinds and brass, and Tamara Young was an excellent harpist, to have just eleven string-players (3-2-2-2-2) really made for non-Puccinian thin textures and also playing that lacked ‘safety in numbers’ as well as some balance problems. But we got the gist and Nicholas Jenkins conducted with unobtrusive authority. Even the ‘dreaded’ synthesiser and its speaker did quite well masquerading as a church organ. The NSO Chorus (also of mixed ability) sang with conviction, whether as a church choir with hypocritical tendencies, courtesans, gypsies, soldiers and young girls. But these singers’ constant trooping on and off the platform was badly handled; a visual and aural distraction and sometimes at inopportune moments – whether during high drama or the most intimate and sensitive moments. Just leave the chorus on the platform! Good that Italian was the used language, although surtitles were a little indistinct (says your long-sighted correspondent!).

If as the performance went on (it lasted three hours twenty minutes including one interval) it became clear that Acts Three and Four are the weakest, with the last one story-spinning to a tedious degree. Puccini’s dropping of the final Act seems a good move, bringing the tragic ending that bit nearer. There were two legacies; the funeral music (for the dead/not dead Edgar) in Act Three was played at Puccini’s own interment, and the love-duet in the final Act for Edgar (now back from the dead, having discarded his monk’s-habit disguise) and Fidelia was revamped for Tosca (partnering Cavaradossi). Love is a wonderful thing, but Puccini and his librettist really extended these Edgar and Fidelia’s passions and oaths of loyalty; curiously, when Tigrana turns up to fatally stab Fidelia, this catastrophic moment is almost underplayed.

The first two Acts are far superior, certainly in terms of scene-setting and development, and stamped throughout as being by Puccini (even if a little embryonic). Throughout, Puccini’s use of the orchestra suggests that colourful and telling scoring was never a problem for him while he developed his melodic and dramatic skills. The story is no great shakes. Edgar is attracted to two women; one, Fidelia, is the good (pure) and devoted lass, while Tigrana is the feisty flighty gypsy willing to betray for a trinket. As you might expect, Edgar is lured away by the ‘danger’ of Tigrana, even burning down the family home on his way! Fidelia has a brother, Frank, a soldier; yes, he too is attracted by Tigrana and even tries to get rid of Edgar, who is no more than wounded in the skirmish. The men reconcile. They fight together in battle. Edgar feigns death. He returns monk-like to find out what the villagers and his loves think of him now that Edgar is ‘dead’, realises that Fidelia is the girl for him … and, well, you’ve already read the tragic ending.

Of the five singers, each costumed and acting (albeit with a bit too much kneeling!), Paul Putnins was superb as Frank, a vocally athletic performance of depth and power. Stephen Holloway was a dignified father-figure, and Gweneth-Ann Jeffers, a little tremulous of voice if confident, never fully suggested the wanton murderess that Tigrana would become. Mary Plazas, by contrast, often melted the heart as Fidelia, and if John Hudson was a bit croaky in the lowest registers and strained in the highest – possibly unwell (although this was not announced) – he managed to convey Edgar’s confusion, temptation, misjudgements and salvation.

New Sussex Opera is 34 years old and Edgar is its thirty-second opera. NSO has tackled such heavyweights as Boris Godunov (twice) and Tannhäuser as well as some off-repertory pieces and including other UK premieres. Das Liebesverbot is announced for “Wagner 200” next year (hopefully including Cadogan Hall). One wishes NSO continued success.