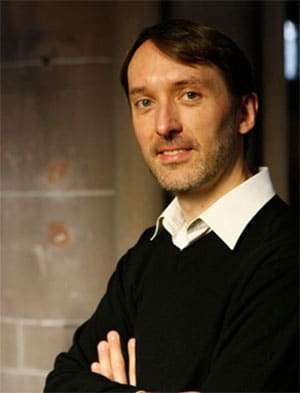 I wonder how many newlyweds have left a church to the strains of “Widor’s Toccata”, recognising every note, but what of the composer behind them, Lyon-born Charles-Marie Widor (1844-1937), and the piece itself, officially the finale of his Organ Symphony No.5 (Widor wrote ten of these altogether)? For the record, literally, Widor made a 78 of his best-known piece – in 1932 at St Sulpice in Paris, where he was organist for more than 60 years.

And so to this recital’s beginning, the latest “Pull Out All The Stops” presentation to showcase the Royal Festival Hall instrument, now restored thanks to the dedicated organ-isation of Harrison & Harrison. For L’Enfant noir (after Camara Laye’s novel) Jean-Louis Florentz (1944-2004) planned a 14-part cycle but only the ‘Prélude’ was completed. Olivier Latry (organist at Notre Dame) summoned a lady page-turner (not much space for her, mind) and commanded the kingly RFH instrument, and we were off with some exotic invention and rhythms, excitingly Dr Phibes and intriguingly diverting. From there to a sonorous if from-afar, slower middle section of cool enchantment. Latry exploited colours, volumes, withdrawals and puissant demonstration, the organ responding without fuss or strain, but the music fizzled out of interest a few minutes before its ten were up.

From pupil to teacher and Olivier Messiaen’s L’Ascension (1933), three of its four movements corresponding to the earlier orchestral version, the third being new. Latry proved to be a master of Messiaen’s stark majesty as well as his mystery and ecstasy. But this is music that doesn’t conform to the rules of “Just a Minute”, being full of monotonous repetition and tension-less hesitation, at several removes from this listener at any rate, this despite Latry’s palpable dedication and the captivating timbres he conjured. The fast third movement was dazzlingly played, but only the sepulchral benediction of the finale brought any spiritual resonances, something of a cathédrale engloutie, Latry sensitively slow-burning its harmonies to rise heavenwards, his closing finely-tapered diminuendo and shading of sound especially spellbinding.

To open the concert’s second part, Latry unleashed something of a diatribe, seemingly about why he couldn’t play The Rite of Spring on the organ, as presumably advertised in very early listings (the SBC’s March diary advises the Widor). Latry seemed to suggest that Stravinsky himself had made such an arrangement – difficult to find it if so (he did though do a version for piano/four hands before the 1913 Paris premiere) – and that the composer’s publisher had forbade its performance; on paper that’s a smart move, difficult to imagine The Rite given thus!

At least Latry then got on with the Widor (1879), lasting 35 minutes or so, its opening homely theme giving way to variations on it, ranging from smile-inducing skittishness to solemn Sunday-morning churchy. It was all rather endearing and typically well-played and well-sounded by Latry on this impressive and responsive instrument. Then onwards to the serenade-like second movement – whimsical and insouciant – then the nobilmente third with some steam-train whistles, and followed by the sacred and intimate endless-melody of the fourth, dulcet in its song. Ironically, the ‘Toccata’ itself was less successful, too loud and glaring initially, and also rather pedestrian, lacking joie de vivre (admittedly the composer’s recording is somewhat leaden, too, but he was nearly 88 when he made it). Things then became brassy and growly, attractively so, and the final chord was hugely triumphant and long-held!

As an encore Latry offered an improvisation on a folksy tune (By George!). He played that as an introduction innocently enough, and after quite a lot of manual labour with stops and pistons his hands and feet extolled twinkle-in-the-eye dexterity to develop the ditty. But how long should such ad-libbing go on for? For all Latry’s bravura and imagination, the 12 minutes it lasted began to seem indulgent about halfway through. But overall this appearance was a success for Latry and, once again, for the RFH organ. Although one would have much preferred the distracting logos either side of the platform (one for BBC Radio 3, the other for POATS) to have been doused while Latry performed, and there was also a high-pitched if faint squeal (deaf-aid?) in evidence from somewhere whenever the organ was mezzo-forte or below, this was a swell evening.