Bach
Toccata, Adagio and Fugue in C, BWV 564
Schuman
Six Studies in Canonic Form, Op.56 – No.3 in E; No.4 in A flat; No.5 in B minor
Judith Weir
The Wild Reeds [London premiere]
Mozart
Fantaisie in F minor, K608
Reubke
Sonata in C minor on Psalm 94 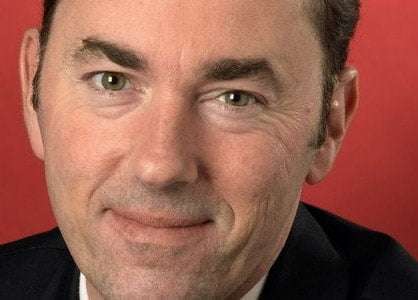 Pull Out All The Stops is getting down to serious business with its organ recitals. This one from Thomas Trotter completely justified the fuss being made of the Royal Festival Hall’s restored Harrison & Harrison instrument. Mercifully there were no naff lighting effects to get the audience in the groove, and Trotter’s stylistic mastery spoke eloquently for itself.

In general he tailored tempo and pace to fit the Hall’s nowhere-to-hide acoustic, and he was a dab hand, in the Schumann and Reubke, at finishing off phrasing with a light foot on the swell pedal. Apart from giving a masterclass in imaginative registration and showing off the loveliness of some of the solo stops, Trotter played with an impressively organic sense of ventilation the sole wind instrument that Stravinsky said doesn’t breathe.

In the Bach, Trotter’s registration for the chorale (just before the Fugue) was ear-bending in its hush, with a gentle tremulant faintly rippling the serene surface, and the fantasy of the Toccata was celebrated by the thrilling stereo effect of the music playing cat-and-mouse through the whole width of the pipe-work, a quality that helps define the impact of this instrument, and by the stunningly agile pedal solo. Trotter honoured the inherent pianism of Robert Schumann’s Studies with a fluid legato and also displayed a rapport with the music’s distinctive charm – and I greatly enjoyed the slight percussive ‘chink’ (I imagine caused by the initial entry of air into the pipe) of some of the quiet foundation stops, as characterful as the instrument’s spitting reeds and spicy mixtures.

Judith Weir’s The Wild Reeds takes inspiration from a photograph of a Hungarian shepherd alone in a vast, empty landscape. As the title suggests, Weir makes full use of the organ’s wonderful, plangent reed stops, and the music’s long, open-air perspectives and the unfolding melismas of east-European folk-melody ensured an almost cinematic atmosphere – very beautiful, meditative, subtly coloured, suggestive rather than stating, very Judith Weir.

There was a very different flow of registration in the slow section of the Mozart, which you could easily imagine scored for wind band. Trotter made us powerfully aware of the Magic Flute-like drama of the outer sections in a performance bursting with rhythmic bite and showing off the organo pleno in all its considerable glory.

The psalm that Reubke took as the starting point for his Sonata in C minor is a hymn to Old Testament smiting and vengeance, both accurately reflected in music heavily indebted to Liszt and his B minor Piano Sonata but of more one-track expressive range. Its gothic hyperbole can easily get lost in an over-generous church acoustic, to the extent that you’re unsure what’s playing and what’s reverberating. Either way, the result can be mighty and murky. Trotter’s virtuosity and belief in the doomed young composer’s penchant for melodrama (Reubke died of TB aged only 24) gave the work an irresistible, swaggering momentum, and the forensic clarity of the acoustic laid bare the music’s muscle and exposed its formidable technical difficulties. For what it’s worth, I’ve never been particularly in tune with the piece, a feeling reinforced by a couple of almost comically doom-laden recordings and memories of some technically strained concert performances, but Trotter’s flexibility and convincing overview forcefully yanked it some way out of Liszt’s shadow to make its thrilling mark.

Trotter’s encore, his transcription of Moszkowski’s Serenata, gave him and the audience time to mop our collective brow.