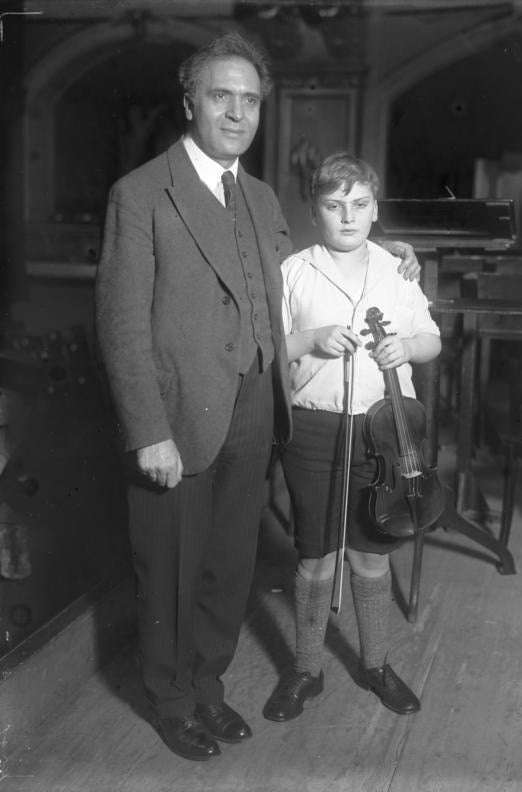 Pride, panache and professionalism is what the Yehudi Menuhin School is all about. In the words of its inspiringly supportive director of music, Òscar Colomina i Bosch, the annual end-of-the-year seniors/leavers concerts are invariably events “of great musical intensity, when the School showcases the work and musical talent of its students in one of the most prestigious concert venues in the world.” Yielding a jewel or two is nothing surprising.

This year’s turn-out was a cheerful, positive, rowdy jamboree, all ages present … until the music began. Then youth and discovery, brilliance and rapt emotions took over, each work framed in silence, nothing rushed, every movement, paragraph and cadence spaced to breathe, not a needless cough or clap to break the magic. It was a remarkable occasion to witness. The spread of nationalities was broad – British, Chinese, German, Japanese, Moroccan, Polish, South Korean. Many will be going on to higher training – at Cambridge, the Juilliard, the Royal Academy of Music, the Royal College. What they’ll get from that stage is anyone’s guess. A maturing of thought, an expansion of repertory and performing experience, interpretative insights no doubt. But, on this showing, probably not that much in terms of technical grounding or finish. They have that already, the drills long since mastered, they know how to get their instruments to love and speak. The authority and stance is there.

The highpoints of the first half were Rachmaninov’s early Trio élégiaque and Gareth Wood’s recent Duo for two double basses. In the Rachmaninov, climax, atmosphere and dramatic structuring were at a premium. And the valedictory coda, risk-taking at a daring level, was quite simply heart-stopping, whatever (minor) balance issues there may have been at the start of the performance adjusted to a phenomenal degree of excellence and finesse. Aïda Lahlou is a pianist of imagination and poetry, not shy of exploring sonority, colour or inner voicings. How she offset the fragility of Joseph Pritchard’s opening and the dolce of his subsequent interaction with Mira Marton made for some richly refined, stylistically attuned moments. Honest chamber music-making, nuanced in old-world fragrances.

Gareth Wood – who started his bassist life in the Royal Philharmonic Orchestra in 1972, going on to become its chairman a couple of decades later – has given the repertory a challenging, brilliant piece in his 2016 Duo. Knowing when an idea has run its course, it doesn’t outstay its welcome, and the heartfelt central Adagio in memoriam PMD [Peter Maxwell Davies] strikes a paced, poignant chord. Time was when such a piece might have sounded like the sort of formulaic ‘sonatina’ music Gordon Jacob, Arnold Cooke or Alun Hoddinott used to give us. But Wood has his own quietly distinctive voice, the language unforced, free of cliché or parodistic mannerism. Posing or point-making isn’t his signature. Present in the audience, he must have relished Ketan Curtis’s and Will Duerden’s account – playing that at times was stratospherically outstanding in skill, quality of tone, purity of intonation, and unanimity of purpose.

Juliet Wolff’s Debussy Cello Sonata had spine-tingling passages, the notes arresting and vocal. Her command and overview of the piece, her musicality and accomplishment, was not in doubt. But, given the strength and manner, the relatively prosaic approach, of her partner, Viviana-Zarah Baudis, not a pianist on this showing given to excesses of colour or mood-setting, attention should have been addressed to balance and dynamics, to the shaping and tailing of material. Take the opening four bars of the ‘Prologue’ – forte, più forte, hairpin (piano), forte (cello) writes Debussy. Too many pianists (even Britten with Rostropovich) overlook the più forte and emphasise the hairpin, thereby obscuring/drowning the rising demisemiquavers of the cello entry. With Baudis favouring an orated forte (forte-plus), I saw Wolff’s action, but didn’t hear the consequence. A trifling detail perhaps in the scheme of things, but symptomatic nonetheless.

Halvorsen’s Passacaglia on a Theme of Handel displayed some temperament and wit, Maxim Calver’s cadences proving characterful. But Tianyou Ma was unpredictable, his knife-edge/skeltering approach not always paying dividends. The (faster) grandeur and brilliance of Fischer/Müller-Schott or (slower) lyric seduction of Pogostkina/Cohen in concert tell us other (profounder) things about this music which these young players need yet to discover.

Baudis’s Bartók Piano Sonata was loud, determined and motoric. But the Finale boiled vagariously, and her fiery opening Allegro moderato (reminiscent of Lang Lang – the best choice?) could have done with prudency and wider dynamic variety. More than once, her choice of tempo in the latter set up obstacles, for instance into the closing più mosso. Not for nothing, (faster/slower) fluctuations aside, did Sándor, Kocsis and Argerich advocate a maintained pulse around the crotchet=120 minimum prescribed in the score. The middle Sostenuto, grave and linear though it was, could have done with deeper spirituality and shading. Baudis is a visceral pianist, she takes herself, us and the music to the precipice. That’s exciting (visually too) but every now and again I’d like to have heard a more intimate and tender side to her personality, more of an interplay of voices, textures and colours (Prokofiev’s ‘war’ Sonatas would be a good test).

Rudolph Leopold’s 1994 realisation of the original septet draft of Richard Strauss’s late Metamorphosen, discovered in Switzerland in 1990, follows the septet ‘short score’ while incorporating elements from the final twenty-three-string version. Graciously led by SongHa Choi, closing the concert on a lingering, dying high, one could not have wished for a more mature reading – soaring intensity and awakened feelings, personal interactions and individual merits lurking in every shadow and corner, now bold, sometimes scarcely murmured. Echoing Zweig, Strauss in this work was lamenting the gone “world of yesterday”. “On 1 May [1945]”, he wrote, “ended the most terrible period of mankind: twelve years during which the fruits of Germany’s 2000-year-long cultural development were condemned to extinction and irreplaceable buildings and works of art were destroyed by a criminal rabble of soldiers.” Sunset and a hot June evening, the eateries of Wigmore Street invitingly open, did nothing to ease the pain, nor lessen the memory of those soft C-minor chords at the end, fading to nothing in a tenebrious room barely lit, the audience stilled to eternity. Yehudi Menuhin would have been proud of his “children”.