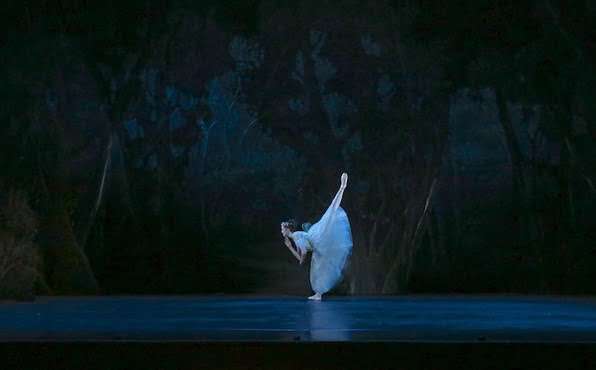 It is down to the vision of two men that Australia’s Queensland Ballet performs Auguste Bournonville’s La Sylphide in London this summer. Firstly, it is down to Peter Schaufuss, the Danish virtuoso-dancer-and-now-producer whose version of this Romantic classic is lauded the world over for its authentic flavour and focus, and secondly Li Cunxin, famously Mao’s Last Dancer, who has been the company’s Director since 2013. His vision for the ensemble is to create a truly world-class repertoire, using the recognised classics to forge strong technique and artistic integrity, hence their recent acquisition of this work, and now its showing on the international stage.

Schaufuss’s production was first made for London Festival Ballet (now English National Ballet) in 1979 when Dame Beryl Grey was its director and Schaufuss was at the height of his dancing powers – he danced the role of James at its premiere. Here, he revives it, and it again comes alive as a superb version of work which has always been a cornerstone of the Danish ballet performing tradition. At a time when in Copenhagen the present production consciously moves away from that tradition, it is especially welcome – Schaufuss adds here and there, not least in an added Bournonvillean solo for the hapless hero James and a satisfying pas de huit at the wedding celebrations, but in essence it is as one would wish a Sylphide to be. David Walker’s Act One set is highly satisfying with its atmospheric Scott’s baronial setting; costumes are suitably all kilts and tarlatan. Act Two is a forest glade (alas lit by low-wattage) and here I take exception to the massed sylphides in pale green rather than the traditional white and the pantomimic witches which strike quite the wrong note. 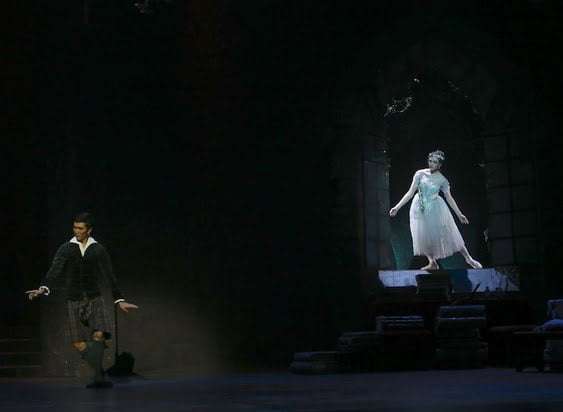 The standard of dancing is high – on first and second nights, the corps de ballet was well drilled both in the caledonian reels of Act One and as the floating sylphs of Act Two, with a pleasing understanding of period placement of the body and legs rarely lifted above the horizontal. Added to which, there is a distinct joie de danser, a palpable pleasure at being on stage and performing – it is surprising how often in dance that element is absent. The company is an interesting mix of body types, with generally petite women and rather more variance among the me. But they all engage, perform, and care, which shows that Cunxin’s artistic policy is working.

A comparison of first and second casts (the second being the official press night) was illuminating. Yolanda Piñera has a cast-iron Cuban technique that allows her to exult in prolonged balances and to make light of the dancing challenges of the role, but at all times she came across as a highly accomplished dancer reining herself in somewhat, keeping her legs down and placing her arms with due diligence. Queensland-born Sarah Thompson may not be as strong as Piñera, but hers was a more complete and deeply felt portrayal: she is petite, with a charming, elfin face and soft, pliant arms and shoulders, which made the rippling movements of the sylphide seem entirely natural. She was more complete as a character, an innocent spirit, taking joy at the simplest of things – birdsong, a butterfly – and uncomplicated in her love for the mortal James. Her death was touching and moving, the mime executed with both clarity and simplicity. 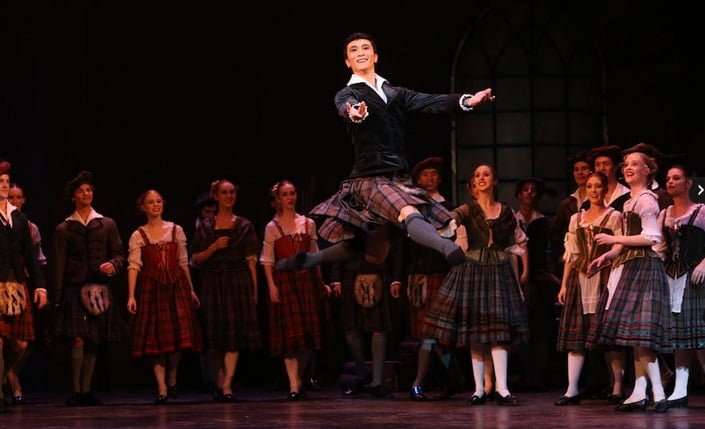 Qi Huan is also an accomplished and experienced dancer, who made light of the jumps and complicated footwork of James, but he too, like Piñera, was very much performing the role, rather than inhabiting it, and his characterisation remained steadfastly in two dimensions. Luke Schaufuss (the producer’s son, at present a member of Birmingham Royal Ballet) gave a far more rounded portrayal, even if he over-cooked Act Two in the forest glade with an unwelcome frenetic quality in his solos. He is Danish-trained and enjoys the guidance of his father, so he dances fully in style and with understanding of Bournonville’s very particular idiom. He is an impetuous laird whose fury at the presence of an old crone at his wedding celebrations comes from youthful arrogance and a quick temper; alas, it is James’s undoing as the old woman is, in fact, the witch Madge. Schaufuss’s Madge was a barefoot Greg Horsman, company Ballet Master and, in the past, much admired dancer. Horsman’s Madge is malevolent, scheming and utterly secure in her own powers – this youth is unquestionably doomed from the outset, the innocent Sylph the simple tool by which she wreaks her terrible revenge.

Huan’s crone was Margaret Li (the director’s wife, company Ballet Mistress and, as Mary McKendry, former Principal with London Festival Ballet who performed in the original 1979 production) who was less driven and more capricious in her plan to punish James for his behaviour. James’s betrothed, Effie, was engagingly danced on both nights: on the first, by Thompson, and on the second by Mia Heathcote (daughter of renowned Australian dance Stephen Heathcote), both of whom presented a rounded character and impressive fleetness of foot. Impressive, too, was Vito Bernasconi’s Gurn, the local lad who loves and finally gets Effie – his dancing was clear and his characterisation sunny.

The Royal Ballet Sinfonia under Andrew Mogrelia battled with the muddy acoustic of the Coliseum but gave spirited performances of Løvenskiold’s Scottish-inflected score, even if the composer’s demands on the brass section proved at times challenging.