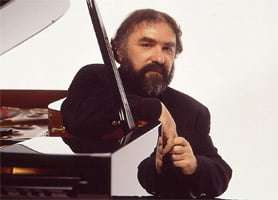 Radu Lupu may be among the most unfairly caricatured major musicians of our time. His refusal to accept invitations for interviews and his reserved demeanor have led even respected music journalists to label him some sort of recluse or eccentric. But what sort of recluse mounts an ambitious global concert tour each year? Lupu is a dedicated, serious musician with a strong point of view about the music he plays; his recent artistic collaborators include Daniel Barenboim, Murray Perahia, Sir Colin Davis and Franz Welser-Möst, all world-class musicians with distinctive musical personalities.

Lupu’s approach to Schubert’s Sonata in D served as a showpiece for Lupu’s extraordinary control — for example, his startling ability to change the dynamics of individual lines as if fading one out and the other in, a radical touch that was unexpectedly effective when he employed it the opening and final movements. Likewise, his ability to alter coloration could leave one believing he had two different instruments before him: the chordal motif at the opening of the Sonata’s first movement was delivered with percussive crispness, and the melodic motif that follows took on a remarkably soft-edged legato character at nearly the same dynamic. Lupu sought to highlight Schubert’s success in taking the ‘Beethovenian’ sonata in the direction of structural grandeur, and took some daring steps in doing so: Lupu imbued the outer movements’ sections with such strong individual character (and sometimes contrasting tempos) that he ran the risk of chopping the musical helpings into individually seasoned portions. This was particularly true in the finale, where Lupu drew a strong ‘alla marcia’ from the Rondo’s main theme and song-like sentimentality from the second. Lupu voiced the cantabile ‘slow’ second movement in a manner reminiscent of Schumann’s (and Brahms’s) part songs, imbuing the entire movement with ‘Con moto’, not only as the literal tempo marking but spirit. It was the most cohesive movement in Lupu’s interpretation, and some of the best Schubert I’ve heard in years. Lupu’s rich legato also figured in the scherzo at one point was a little muddy-sounding, but otherwise showed impeccable balance and rhythmic impetus with equal parts of delicacy and momentum. 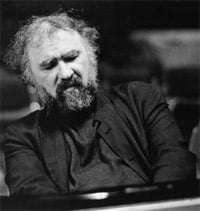 Lupu utilized an arsenal of interpretative rhetoric and technique to demonstrate just how far Schubert had pushed the Classical envelope; Lupu’s provocative and adventurous approach took huge risks and remained engaging from the first incisive chord to the delicate, winding-down coda.

The twelve Préludes of Debussy’s First Book were composed over a period of six years from 1907 to 1913 may not have been intended as a cycle. Lupu managed to give this elusive set, whose surface color and delicacy often successfully conceal innovative harmonic and structural achievements within, something I have not often heard: unexpected coherence. Lupu, whose reputation rests largely on the Classical and Romantic repertoire, surprise with playing that revealed unexpected foreshadowing of music and composers to come (for example, his playingof ‘Voiles’ yielded coloration and phrasing that were more than a little suggestive of Messiaen’s piano music, and ‘La danse de Puck’ was played with what sounded like a twist of Poulenc and Milhaud).

Lupu’s daring approach to many of Debussy’s Préludes provided a number of satisfying musical surprises. The first prelude, ‘Danseuses des Delphes’, evoked Isadora Duncan or Martha Graham as Lupu conjured sounds that were far more 20th-century Romantic than archaic. Both ‘Les collines d’Anacapri’ and ‘Ce qu’a vu le vent d’ouest’ were conveyed with tone-poem-like narrative and flashes of the tsunami-like sonic and structural power of the later Rachmaninov Preludes. Most impressive of all was the ‘Des pas sur la neige’, whose mini-variation structure, inexorable forward-movement, and powerful dynamic and timbral gradations — Lupu has one of the most commanding pianissimos I have ever heard – were a high musical watermark.

Lupu was also able to transcend a couple of temperamental notes in the Steinway D’s midrange that let loose with cantankerous, raspy fortissimos during the later Préludes. Perhaps it’s just a coincidence, but this season it almost seems as if the pianos at New York’s two premier venues — Carnegie Hall and Lincoln Center — have it in for pianists.

Lupu offered two encores: a Prélude from Debussy’s Book II and the fourth of Schubert’s Moment musicaux in which Lupu imbued an almost Russian sound in the outer theme with a strongly contrasting ‘song with words’ cantabile, to conclude a recital of thoughtful, provocative and, ultimately, masterful and satisfying music-making.