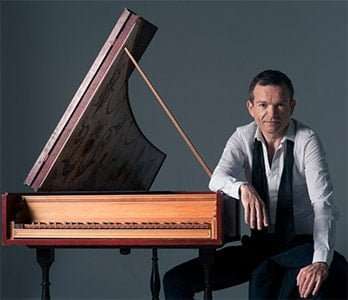 After last year’s triple whammy of opera anniversaries (Britten, Verdi, Wagner), even Richard Strauss may have a harder time this year. So pity poor Rameau – for some a game-changer in a different league to those aforementioned – the 250th-anniversary of whose death is commemorated this year. One suspects the BBC Proms will not emulate its blanket Wagner coverage of last season with a clutch of Rameau, and Glyndebourne shot its bolt last year with Hippolyte et Aricie, so we should be thankful to the Barbican Centre for not only bringing Christophe Rousset and Les Talens Lyriques for Les Indes galantes, but also William Christie and Les Arts Florissants for Daphnis et Églé and La Naissance d’Osiris on 18 November.

Rameau’s amorous Indians – two sets from the New World, two from the Old World – have, it transpires, quite a complicated history. Unlike his breakthrough operatic work, Hippolyte et Aricie, Les Indes galantes is suffused with dances and was a piecemeal opéra-ballet, which had only two Entrées (Acts) when premièred on 23 August 1735, following the Prologue, where goddess of youth Hébé bemoans her loss of young acolytes (from France, Spain, Italy and Poland) to the god of war Bellone, and urges her cupids to seek out lovers from further afield.

By its third performance it had garnered a third Entrée and by the following March yet another, by which time the first two had been swapped round and the third revised. Rousset conducts his own version (“conceived” in tandem with Holger Schmitt-Hallenberg), based on a 1750 manuscript from the Toulouse Bibliothèque. Not that you’d find such detail in the Barbican’s programme, nor that Rousset conducted staged performances of it, in that French city, in 2012, and that he has recently conducted a revival of Laura Scozzi’s production in modern dress – and partly in the nude – at L’Opéra National de Bordeaux. This later version includes the three women/one man version of ‘Les fleurs’), so departs from both of William Christie’s recordings (the first – which Rousset performed in – on CD from 1990, and then, on DVD, from Paris in 2004) and also Jean-François Paillard’s 1974 taping. I hope Rousset’s ‘Toulouse’ version is soon set down.

Over and above the textual differences we didn’t get who was originally advertised: even the chorus had changed (gone was Choeur Sagittarius), while Hélène Le Corre replaced Eugénie Warnier and Carolyn Sampson was substituted by Amel Brahim-Djelloul, who had taken these roles in Bordeaux. Also, a veteran of Toulouse, Kenneth Tarver’s roles of Valère and Tacmas were assumed by Anders J. Dahlin, already on hand to sing Carlos and Damon.

Les Indes galantes is a curious piece. It’s a bit like one of those television series on a theme, with each episode a separate entity. ‘Le turc généreux’ pre-dates Mozart’s Die Entführung aus dem Serail in its harem setting (here an Indian Ocean island) and the rescue of its heroine by her western lover, with the eventual blessing of the Pasha. I’m not sure if there are many other representations of volcanoes in opera, but ‘Les Incas du Pérou’ is rather Norma-esque, the native girl loving a foreign invader. Here the Incan high priest of the sun, Huascar – rival in love for Phani – is hoist by his own petard in being engulfed by the volcano he has forced to erupt, leaving Phani in the arms of her Spanish conquistador Carlos. ‘Les Fleurs’ is like a pastoral interlude preceded by a Much Ado About Nothing-like fit of jealousy by Sultana Fatime who thinks her husband Tacmas is straying towards Atalide. Disguised as a Polish slave, Fatime hears from Atalide herself that she does, indeed, love Tacmas, but Tacmas has no interest in her, at which point he enters and is able to reassure Fatime of his fidelity, leading her off to the flower festival of the title. Finally, the American-set ‘Les sauvages’ has the Chief’s daughter Zima rebutting the avowed love of both Spaniard Don Alvar and Frenchman Damon (the one for being too fickle, the other too ardent), in favour of the American commander Adario.

It’s an infectious work with its dances always on hand to break any hint of seriousness. Velvet-suited Rousset, whether conducting or diving down to accompany recitative on his harpsichord, kept the momentum effortlessly flowing. With six singers sharing the 17 roles in the five distinct parts (with no costume changes – suits for the men, dresses for the women), there was little difficulty in knowing who was who, as the first three parts each have only three singers, the final two parts increasing to four, all backed by the occasional choruses, strongly delivered (without scores) by the Choeur de l’Opéra National de Bordeaux.

I was particularly taken by Brahim-Djelloul even though her first airs were without surtitles (they only spluttered to life part-way through the Prologue). In ‘Les Incas du Péru’ Phani’s ‘Viens hymen’, a trio with flute and violin, was as exquisite as Brahim-Djelloul’s long, radiantly blue dress. Business was kept to a minimum and the singers’ diction was, for the most part, exemplary, even if it occasionally exposed less than idiomatic French. But the real stars were Rousset, his instrumentalists and, of course, Rameau. He came late to opera (Hippolyte et Aricie was composed when he was 50), but had a seemingly inexhaustible supply of melodic and rhythmic possibilities. And with flower and sun festivals, and exploding volcanoes, Rameau was like a child in a toy shop. Added to the battered timpani in the percussionist’s arsenal were chains and temple bells, two sizes of tambourine and a baroque attempt at a wind machine (the resultant noise sounding rather constipated) and it all made for a very entertaining and invigorating evening.