Brahms
Piano Trio No.1 in B, Op.8 [revised version]
Tchaikovsky
Piano Trio in A minor, Op.50

If Brahms and Tchaikovsky had anything in common, surely it was an extreme lack of self-confidence. Both laboured over certain works for many years and sought the approval of friends, colleagues and critics before they could express satisfaction with them. 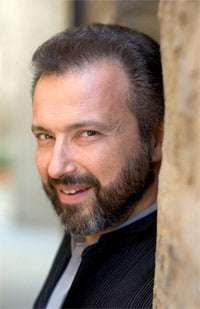 Brahms’s first significant chamber work was the B major Piano Trio of 1854, but he immediately had doubts and tinkered with the work over the following decades. At last, in 1891, he overhauled the work thoroughly, giving it the form we hear most commonly today. Conversely, Tchaikovsky’s only Piano Trio took a matter of weeks in 1882 to pull together, but his doubts about the piece weren’t to be settled until musician friends, including the composer-pianist Alexander Taneyev, had rehearsed it and expressed their approval. In both cases, the composers of these works added fine examples to the small but perfectly formed repertoire of the piano trio.

In practice, these two masterpieces are very different in form and scale, though the relative merits of the Razumovsky Ensemble’s performances skewed this sense of contrast. Tchaikovsky’s two-movement trio lasts as least as long as any of the great final three symphonies; Brahms’s is the more contained, if conventional, in form. On this occasion, the Tchaikovsky benefited from a better calibre of playing and certainly seemed no longer than the Brahms had done.

In the Brahms Oleg Kogan’s tone was mellow, if a little anonymous, but Dmitry Sitkovetsky’s bullying attack and wince-inducing intonation made much of it a trial. He seemed always to be hanging behind the beat: irritating in the slow music and a liability for the ensemble when the pace picked up. Only Hamish Milne’s pianism consistently impressed with his delicate touch and subtly shaded phrases. Some moments did fair better: the Adagio, particularly, found the three musicians more in accord than elsewhere, but ultimately, they were mismatched.

In the Tchaikovsky, Sitkovetsky was a musician transformed – now playing with an elegance that seemed scarcely possible. Tchaikovsky’s mournful first movement, composed shortly after the death of his friend and champion Nikolai Rubinstein, was unusually reserved but in its coda the musicians conjured a convincingly funeral pall that returned again at the very end of the work. The extended set of Variations making up the second movement was a box of delights, with Milne’s rippling finger-work impressing in many of the episodes and Sitkovetsky’s muted playing was suitably distant in the second of the C sharp minor episodes. The players gave us the chance to hear two sections often dropped, though the fugal Variation isn’t one that justifies reinstatement. Maybe the sudden return of the work’s despairing opening theme wasn’t all it could have been, but the Ensemble’s Tchaikovsky was so much better than its Brahms that it scarcely mattered.