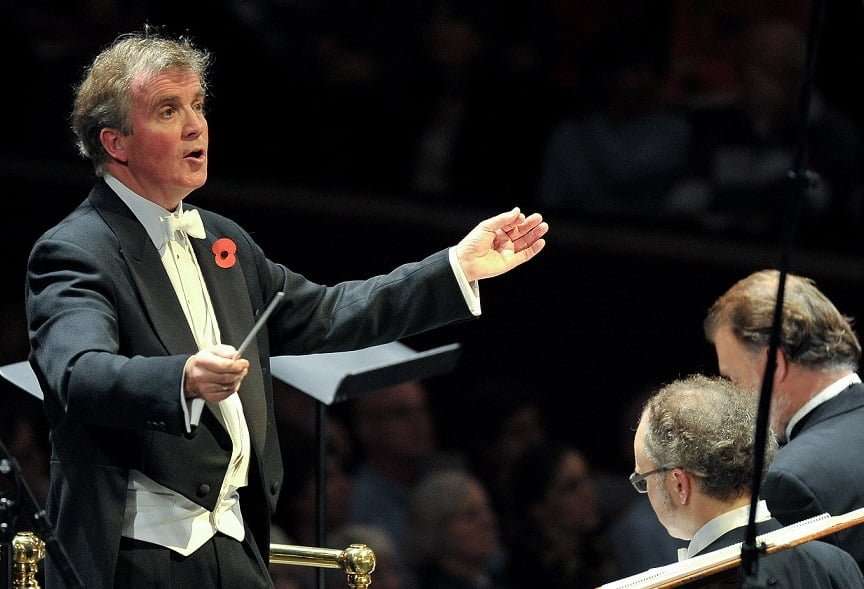 In London, Remembrance Sunday was commemorated by two matinee performances of Britten’s War Requiem: Marin Alsop’s at the Royal Festival Hall (see Peter Reed’s review), and this one, which took place in a venue which, during the last twelve months, has also witnessed powerful performances of the work, conducted respectively by Semyon Bychkov and Andris Nelsons.

While so many performances over such a short period might be considered excessive – notwithstanding the recent 50th-anniversary of the work’s premiere and Britten’s centenary – it was surely not in the least inappropriate to mount the piece again, especially as the centennial of the outbreak of the First World War was also being marked.

Whereas the Southbank Centre’s audience will have comprised a sizeable number of young people, in this one at the Royal Albert Hall members of the older generation were much in evidence (many proudly wearing their service medals), at an event organised by the Lady R Foundation, the LPO, and Royal Choral Society, in support of Veterans Aid. 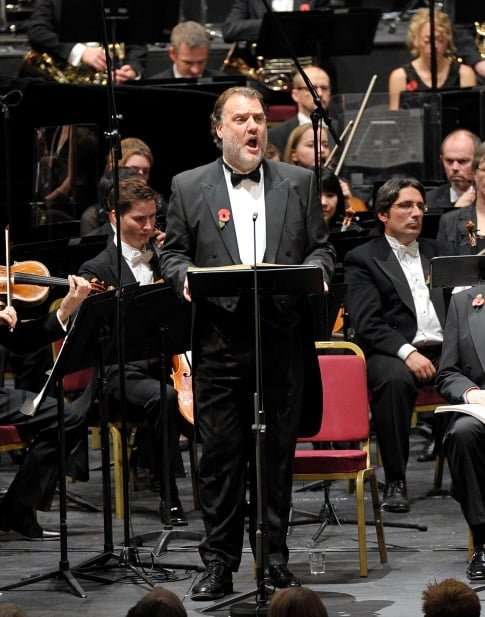 All three soloists were impressive, not least the Russian soprano Evelina Dobračeva, whose voice in every register was wonderfully secure and expressive, and capable of rising above the loudest of surrounding textures – her “Liber scriptus” was a highlight. When War Requiem was premiered at Coventry Cathedral in 1962 Dietrich Fischer-Dieskau sang the baritone part and it did not go unnoticed that his English was less than perfect. Nevertheless, as Britten’s own famous Decca recording of the piece attests, he made an unforgettable impression. Bryn Terfel was certainly in strong voice, but somehow he came over as less emotionally engaged than one might have expected – odd really, considering the emotional charge of the occasion. The German tenor Stephan Rügamer, in fine voice and with English that was consistently reliable (not always the case with Terfel), was chilling in “One ever hangs”, and in “Strange Meeting” both he and Terfel found all the requisite emotional depth that had earlier been somewhat lacking.

Richard Cooke adeptly moulded all the complex elements of the work (from the most intimate to the most awesome) into a convincing whole. Although certain sequences, starting with the opening ‘Requiem aeternam’, were short on the requisite levels of emotional momentum and, more especially, nervous tension – both essential to the work – there can be no gainsaying the overwhelming effect of the climax of the ‘Libera me’, with Dobračeva soaring above it all, and the crushing impact of the Royal Albert Hall organ, something that will be long remembered. The contributions of the Royal Choral Society and Trinity Boys Choir were excellent, and the London Philharmonic responded to every demand that the work, and conductor, asked of it.

All in all, a moving performance of a work that amply expresses Wilfred Owen’s words: “All a poet can do today is warn”, and at the same time raising over £100,000 for an extremely worthy cause.