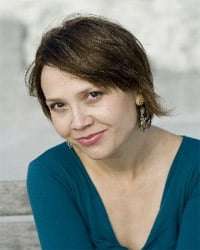 The management of Wigmore Hall is adept at spotting new talent and presenting such artists early in their careers. This concert was typical of such enterprise. The Wigmore recital brought together the noble-voiced Renata Pokupić, who has been making a name for herself in pre-classical music, notably as the isolated high-point of Royal Opera production of Handel’s “Tamerlano” (generally considered indifferent) and the lyric tenor Alek Shrader, who came from nowhere to win the Metropolitan Opera National Auditions in 2007. Pairing the two singers with Roger Vignoles, who is at home accompanying singers of all generations, was a further example of thoughtful planning.

Hopes were high prior to this recital but neither artist fulfilled optimistic expectations. The Schumann songs were divided between the tenor in the settings from the Eichendorff “Liederkreis” and the mezzo in the quintet of Lieder to texts attributed to Mary Stuart. Shrader immediately betrayed his inexperience. He was clearly nervous and adopted a jejune posture, head tilted implausibly to one side. Quite good in the lightness of ‘Die Stille’, which he sang sotto voce, he had troubles with breath-control in the slow intense phrases of ‘Intermezzo’. After some isolated precarious head-notes in the first four songs a serious technical problem became plain to hear in ‘Mondnacht’. The singer was unable to manage the passage notes smoothly between chest and head voice: in the rising phrase from take-off on C sharp to resolution on F sharp, which appears four times in the song, each ascending note had to be hitched up with an aspirate. He responded better to the more straightforward elation of ‘Schöne Fremde’ but he has much to learn about the stylistic requirements of Romantic German song. One felt from the start that he was very much relying on Roger Vignoles. How often must this pianist have played these songs (and normally the full dozen of them). Here he was guiding his novice soloist, keeping him very much in view, setting the tone of each song and each episode.

With Pokupić’s Schumann there was not so much evidence of ‘follow my leader’. She was more secure vocally, has an even scale and is palpably more at home in German, which she enunciated clearly throughout. She was not free of nerves, however, with some shortage of breath spoiling the end of the prayer on the birth of her child and the testing high note at the conclusion of ‘Abschied von der Welt’. If her instrument did not always serve her reliably, she entered the emotional world of this set of songs. The extended metaphor of a ship beset by unexpected storms with which Mary identifies herself in her letter to Queen Elizabeth was sustained through the accumulating phrases to the shocked realisation in the repeated conclusion that her expectations may be betrayed by pernicious fate. In the final prayer Pokupić caught the true despair of Mary’s utterance. 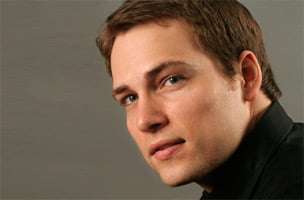 In the Duparc songs I found the tenor’s technical problems less prominent, his musical responses more controlled. Admittedly the stark operatic contrasts of “Le manoir de Rosemonde” suited him better than the lush continuity of mood in “L’invitation au voyage”, but it was not just the power with which he conveyed the grip of love in which the poet finds himself trapped but also the self-pity which he brought out of his failure to find fulfilment. If Vignoles once again supplied the guiding hand in areas such as setting an ideal tempo and clarity of texture for “Chanson triste”, Shrader successfully negotiated the isolated leaps with which the composer has laid traps for his singer.

The choice of songs by Fauré with which Pokupić was faced shared the parentage of poems by Armand Silvestre, providing a predominance of slow tempos, an unusual phenomenon for the melodies of this composer. She did not avoid over-heating in the one fast song, “Notre amour”, but maintained the very characteristic Fauréan momentum in “Aurore”, even if she sagged in pitch at the climax. Once again, though, it was Vignoles’s power in the severe left-hand counter-melody which made the most lingering impression.

The other two groups were shared by the singers. The mezzo had clearly worked hard to absorb the language and style of the Samuel Barber songs. The preparation paid off: the words came across with admirable clarity and she insinuated a subtle comic edge to “The secrets of the old”. The voice soared ethereally in the final “Nocturne”. It was puzzling to find the “Four Songs” of Opus 13 not sung consecutively but punctuated by the Joyce setting “Solitary hotel”, though Shrader and Vignoles made much of what seems like a piano prelude with vocal obbligato. It might have gone better placed alongside Barber’s last song “O boundless, boundless evening”, whose lyrical lines the tenor invested with some sweetness, though not without putting occasionally excessive pressure on the voice.

A lack of roundness in the tenor’s tone in some of the Rossini pieces was a surprise, as this appears to be his Fach. It is possible to make an effect in “La danza” with little voice but one expected something other than the roughness of tone and mechanical rhythms which were offered in this performance. Pokupić took the opportunity to display delicate vocal graces, which may be her forte, in “Il rimprovero”, before the mood changed for the parodistic hyperbole of the final duet.Shrader can be seen in his most endearing light in the television documentary “The Audition”, directed by Susan Froemke, which portrays his emergence as a potential international operatic tenor. His transition here to the recital room and the testing demands of Art-Song was distinctly premature. Pokupić shows more promise.