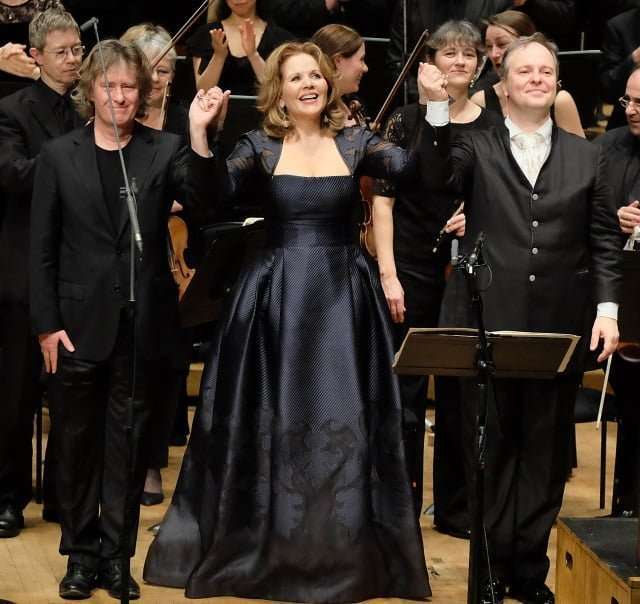 This concert, part of the Barbican Centre’s Renée Fleming Artist Spotlight series, was to have been conducted by Jiří Bělohlávek. As a replacement, and with the programme unchanged, you can’t do better than to contact his successor as the BBC Symphony Orchestra’s Chief Conductor, Sakari Oramo; he did some schedule-shifting and all was pukka in terms of preparation.

Debussy’s Prélude à l’après-midi d’un faune made a enticing entrée, led off with expressive poise and silvery seduction by flautist Michael Cox, a cue for Oramo to conjure an expansive and voluptuous reading, flexible too, and erotically charged.

Renée Fleming had two song-cycles to give us. For his Opus 118, Robin Holloway (born in 1943) has taken Debussy’s Ariettes oubliées plus four of his other settings of Paul Verlaine to comprise C’est l’extase (2012), the first number of the Ariettes collection. This UK premiere was incomplete, however. For whatever reason, two of the songs, V (‘Le son du cor s’afflige’) and VI (‘L’échelonnement des haies’) were omitted. Debussy’s soprano and piano has become singer and orchestra (not a large ensemble if including cor anglais, bass clarinet, contrabassoon, two trumpets and a harp). Holloway has scored Debussy’s piano part with estimable integrity and goes further in the links (the omissions meant that we also lost two of those) and the rather filmic ‘Epilogue’ that are entirely his creation. 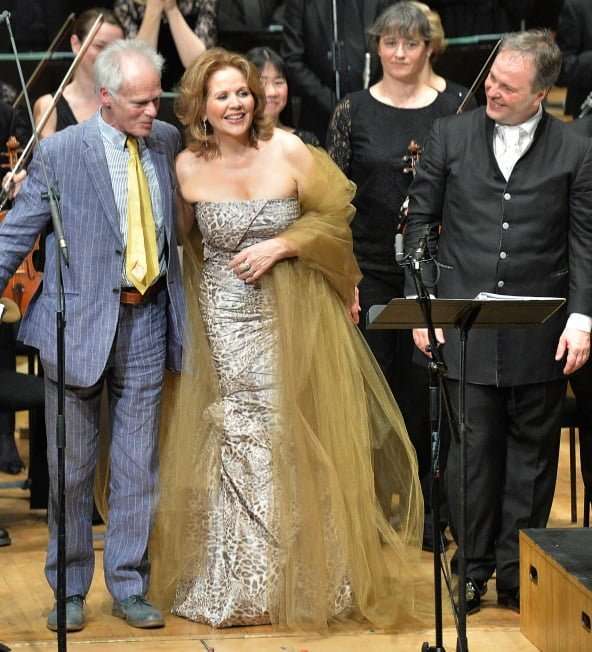 Languor and affairs of the heart are central to Verlaine’s texts, burdened and bittersweet, with some lighter relief. Fleming lived every emotion expressed, and was not only alluringly creamy-rich in vocal timbre but also fearless with high notes. Oramo and the BBCSO gave a sympathetic accompaniment and this Debussy/Holloway association worked a treat.

Just as successful, maybe even more so, was The Strand Settings (2013) by Swedish composer Anders Hillborg (born 1954). He sets words by the Canadian-born writer Mark Strand (1934-2014). Commissioned by and dedicated to Fleming, The Strand Settings – during the composition of which the poet collaborated with Hillborg – requires an orchestra larger than Holloway’s but it is not in any way extravagant; it is though used at times with a translucence that is recognisably Scandinavian.

The music – without being simplistic/minimalist or repetitive/primary-colour (the respective weaknesses and irritations of two recent pieces to have come my way) – speaks directly without being obvious or hectoring. The opening ‘Black Sea’ – panoramic and of lonely observation – is a vivid narrative that develops into ecstatic and intense song, and what gorgeous chords for the strings. The remaining three settings use stanzas from Strand’s epic, Dark Harbor. With an orchestral flourish the music takes off like a flock of large-wing birds, and involves jazzy pizzicatos, what might be heard as a few bars of Handelian parody, and with the suggestion of Brucknerian vistas. The music ends in radiance. I wanted it to last longer. 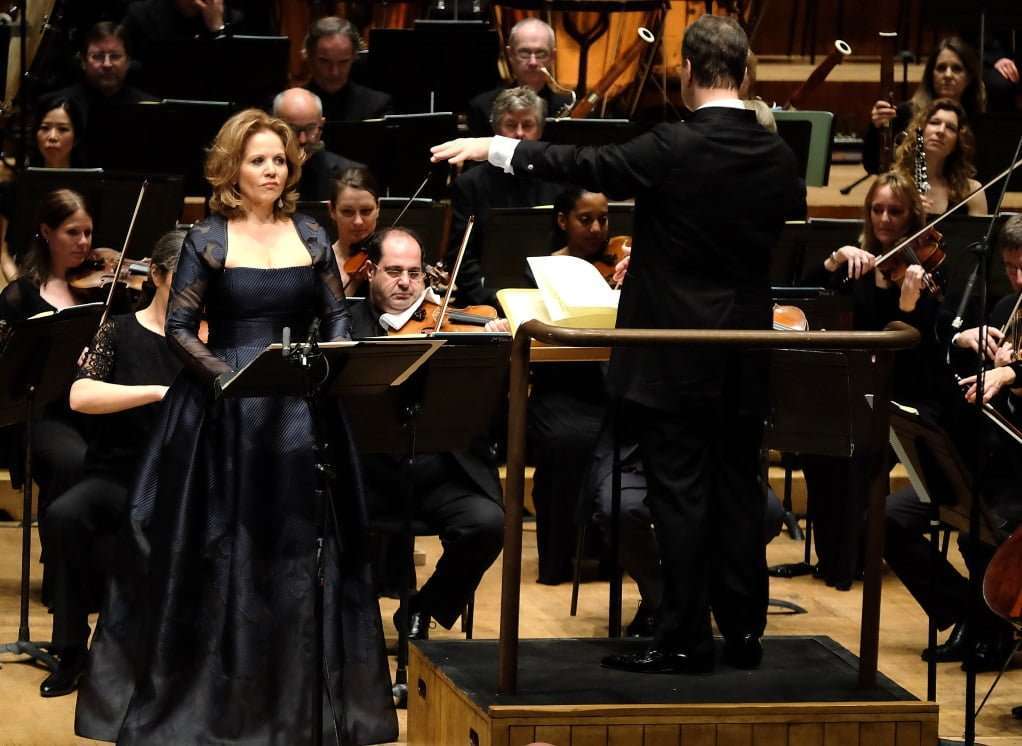 Fleming, through vocal demonstration and vibrant word-painting, made clear that The Strand Settings is tailor-made for her: it’s an outstanding piece (and very different to Hillborg’s intriguing Beast Sampler played at last year’s Proms). The good news is that Decca is recording it in a few days’ time in Stockholm with Fleming and Oramo. Hillborg was present, as was Holloway, and they received enthusiastic applause. Both cycles were impeccably well-balanced between voice and orchestra.

Finally, the Second Suite from Ravel’s Daphnis and Chloe, the BBC Singers (36-strong on this occasion) supplying the vocalising. Here was another opportunity for Michael Cox to shine – he did, voluptuously – and leader Stephanie Gonley also took her opportunity in the spotlight. With Oramo viewing afresh the detailing and expressiveness of this music – and choosing a daringly fast tempo for the concluding ‘Danse générale’, brought off with assurance – this was a brilliant close to a very rewarding and admirably adventurous evening.