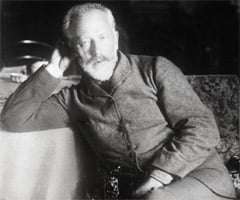 Tchaikovsky’s last opera is a serious work but with no ‘baddies’ or deaths. The blind Iolanta, loved by her father and her companions, does not know of her affliction, for King René has ordered that his daughter should not be told. He summons the Moorish doctor Ibn-Hakia, who maintains that Iolanta will gain her sight only when she desires it strongly enough. Into her garden and her life strays the Burgundian knight Vaudémont, and it is their love for each other that gives her the strength of will to be able to see. It is a gentle, endearing story with a happy ending.

The music, for the most part, almost needs to be caressed. Vladimir Jurowski conducted with the sensitivity that is essential to the work. The few moments of exultancy, as in the final section of Iolanta’s and Vaudémont’s long duet, and rapture, as when Robert sings of his beloved Mathilde so far away, found Jurowski allowing the London Philharmonic to break forth. Thus he shaped the lovely, if somewhat far-fetched, story as though he was conducting with soft hands. There was no battle against the singers.

Even though Jurowski did not drown the soloists, the soft-grained lower notes of Tatiana Monogarova as Iolanta, pleasing in quality, did not always carry. Despite that, she presented a vulnerable creature, perhaps a sad figure to the onlooker but happy in what she thought was normality. Monogarova’s higher notes projected more clearly: brighter in texture. In her scenes with the nurse, Martha, sung by the warm-voiced Alexandra Durseneva, there was a pleasant blending of tones. 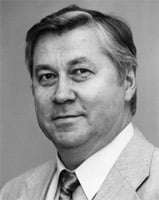 The men were a strong team, from the sweet Mozartean tenor of young Peter Gijsbertsen to the experienced basses Sergei Aleksashkin of the Mariinsky Theatre in St Petersburg, and Vyacheslav Pochapsky from Moscow’s Bolshoi. Aleksashkin portrayed the loving father well, using his voice to show René’s devotion to his daughter and his concern for her well-being. His granite sound was clearly heard, and he phrased his aria, probably the opera’s most well-known one, responsively. Pochapsky, slightly lighter of tone, brought vocal focus to the role of Ibn-Hakia, dealing neatly with the graceful little turns in his aria.

Yevgeny Shapovalov had enough of the Russian tang in his voice, suiting the part of Vaudémont. The rising phrase at the conclusion of his aria was taken, I should say, more in falsetto than head-voice, but effectively so. There was sufficient heft in his sound for the more outgoing moments, just as there was tenderness for the more intimate scenes. As Vaudémont’s friend Robert, Duke of Burgundy, Rodion Pogossov produced a concentrated tone, which was not huge but transmitted Robert’s love in his aria: ‘Who can compare with my darling Mathilde?’. Its quality was pleasing.

In the smaller role of Bertrand, the gatekeeper of the garden, Maxim Mikhailov, grandson of the great Russian bass of the same name, was almost under-parted, singing as he did with security. Indeed, I discerned no weakness in the cast. Ekaterina Lekhina and Julie Pasturaud gave fine support in their limited roles.

This was a rewarding performance of a delightful opera, expressively guided by Jurowski, skilfully played by the LPO, and attractively sung. It was being recorded by the orchestra for its archives. Will it be issued on the LPO’s label? One hopes so.