The “Revealing Tchaikovsky” festival came to an end on a real high with two pieces that tend to be unfairly sidelined. In an earlier age, when ‘overtures’ used to be standard fare at concerts, then another neglected work – a real rarity – the 10-minute The Voyevoda would have been a further ‘revealing’ of Tchaikovsky. That aside, the evening’s music-making was full of character.

Gennadi Rozhdestvensky, now in his late-seventies, was at his magnetic best, irrespective of whether his baton was in his right hand, his left, or in neither, his numerous gestures and expressive face (always worthy of an affectionate smile from the onlooker) sometimes masking a textbook (certainly unambiguous) stick technique, but all of whatever he did served the music – so one’s ear informed. 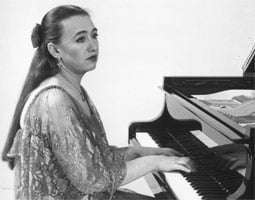 Piano Concerto No.2 was played as Tchaikovsky originally planned it – on a large scale. Although he later had doubts and himself made alterations, it was Alexander Siloti who took these and also made swingeing cuts and further modifications, many of which Tchaikovsky rejected; nevertheless it was Siloti’s version that was published and held sway for many decades.

The “Revealing Tchaikovsky” programme suggested 37 minutes for the Original Version; somewhat underestimating the timing for even a ‘normal’ performance, which Mr and Mrs Rozhdestvensky were never going to give! Try 52 minutes! As in their early-digital recording for Decca (with the Vienna Symphony Orchestra), the first movement was launched as Allegro maestoso (rather than the marked Allegro brillante). If Viktoria Postnikova’s playing was sometimes hard-toned and monochrome, she was otherwise on top of the breadth and ambition of Tchaikovsky’s first thoughts and particularly flourished in the lengthy cadenza, which grew from Chopinesque fantasy to full-blown heroism. If the 25 minutes of the opening movement can sometimes seem somewhat repetitive, it was good to hear this outsize conception given an equally outsize traversal. 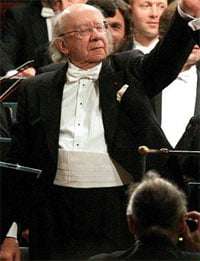 And the often-lovely slow movement is generous, too. Fully five minutes pass before the pianist enters, the limelight shared by violin and cello solos, played here respectively by Pieter Schoeman and Rachel Helleur with rich tone and eloquent phrasing, Rozhdestvensky investing the climax with a touch of greasepaint. The finale didn’t quite come off, rather too fast for some detail to register and with unsettling changes of pace – but it was alive with incident and bravura.

As for the delectable Suite No.3, this was a winner from start to finish, a simply marvellous performance that oozed personality in every bar, the LPO on its mettle for the assured if capricious Rozhdestvensky who brought this superb score to irresistible life. The opening ‘Elégie’ was intriguingly elusive as well as radiant, the following ‘Valse mélancolique’ heartfelt if shadowy, its middle section curiously reminiscent (now) of the corresponding part of the Elgar/Payne Third Symphony, Rozhdestvensky ‘revealing’ that two seemingly similar movements are actually quite different. Further contrast for ‘Scherzo’, delicately pointed, feather-light in execution and translucently sounded, muted trumpets (a Rozhdestvensky addition!) acting as specks of light in the fantastical ‘trio’.

As for the final, extended ‘Theme and Variations’ (more often played separately), the ‘Theme’ was here introduced as if of little consequence – until Rozhdestvensky presented each ‘Variation’ as commentaries of genius (which they are), one requiring, this time, a virtuoso solo from Schoeman and, another, a very sensitive solo from Sue Bohling on cor anglais, with much that was ingenious and expansively moving en route, culminating in a thrilling Polonaise, introduced with a stirring proclamation and rounded-off by a gesture of rhetorical splendour.

If the performance was compelling, it was also uplifting; it should at the very least have been recorded for the LPO’s archives, but sadly no microphones were in evidence!