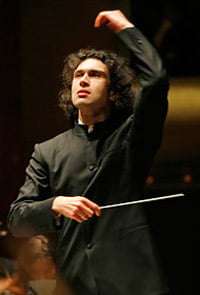 For the first of two concerts with Orchestra of the Age of Enlightenment as part of his “RevealingTchaikovsky” series, Vladimir Jurowski assembled what – in his spoken introduction – he termed a “workshop” event which brought the composer’s working methods into illuminating focus.

Certainly it offered a rare opportunity to hear the Fantasy Overture Romeo and Juliet in its original (1869) and definitive (1880) versions in tandem. The former has become relatively easy of access during the past quarter-century, though it is still a surprise to encounter the attractive but all too unassuming music that initially did service as a slow introduction, while the fugal opening of the development is a miscalculation such that not even a startling ‘cadenza’ for timpani can effect a convincing transition to the reprise. Nor does the epilogue have the gravitas Tchaikovsky later drew from it, largely by opening-out its content so it more pointedly complements the startling depths of the new opening.

Perhaps the Original Version would have seemed more convincing had the performance been more so. Most likely out of concern to avoid the stereotypical view of Tchaikovsky as a purveyor of little more than heart-on-sleeve emotion, Jurowski breezed through the piece with little concern for placing of detail or subtlety of phrasing; qualities (or lack thereof) aided by the strings’ tardiness as regarded even a modicum of vibrato. The performance of the Revised Version was much more convincing, though if Jurowski was intent on minimising the beneficial effect of that new introduction, then he came near to succeeding.

In between these performances came two rarities. A duet was all that Tchaikovsky drafted (in 1881) when his rekindled enthusiasm for Shakespeare’s play spilled over into plans for a full-scale opera. Located after his death and idiomatically scored by his favourite pupil and trusted colleague Taneyev,it outlines a convincing dialogue of passion and anxiety as each lover forces the other to break away from their moonlight tryst. The ‘love music’ from the overture plays a substantial role – to an extent that the composer perhaps came to think as inadvisable. 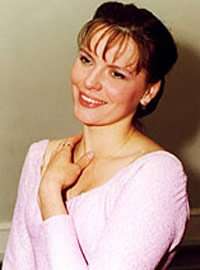 The performance made a strong case for the duet’s periodic revival, Tatiana Monogarova conveying an unforced eloquence though Yevgeny Shapovalov was a little strained. He sounded more at ease in the unadvertised hearing of an even greater rarity – a duet from Tchaikovsky’s second opera “Undine” (1869) that, with two other fragments, he retained before burning the unheard score. Sensuous in its elegance, the music later found its rightful home as the ‘Pas d’action’ in Act Two of Swan Lake.

The second half was taken up with an complete airing of the incidental music (“staged” by Tim Carroll) for a production of “Hamlet” at St Petersburg in 1890. It would be mistaken to claim it as standing comparable to Mendelssohn’s music for “A Midsummer Night’s Dream” or Sibelius’s for “The Tempest”. Most of the twenty or so numbers are no more than introductory fanfares or entr’actes that set or underscore the scene at hand: longer items tend to be derived from earlier sources (hence the ‘Alla tedesca’ from the Third Symphony and the soulful Elegy for strings). Yet the songs for Ophelia are astutely in character and were plaintively sung by Monogarova, while the Gravedigger’s song is a pertinstance of Tchaikovskian irony and rendered so by Maxim Mikhailov. The sequence was held together with narration “dramatised” by Gerard McBurney and vividly dispatched by an athletic Rhys Meredith – for all his assumption of several roles caused visible confusion among those unfamiliar with the play.

For their part, Jurowski and the OAE brought a theatrical immediacy to the music that helped make up for its lack of continuity and cohesion. The overture suffers from an all too cursory abridgement and an overbearing new coda that finds Tchaikovsky as his least inspired, but the relocation of the original’s ending to serve as a closing funeral march for the main protagonist is effective in context. Maybe a future such festival will give us the more substantial incidental music for Ostrovsky’s “The Snow Maiden”? Which is not to imply that “Hamlet” was other than engaging as a one-off.