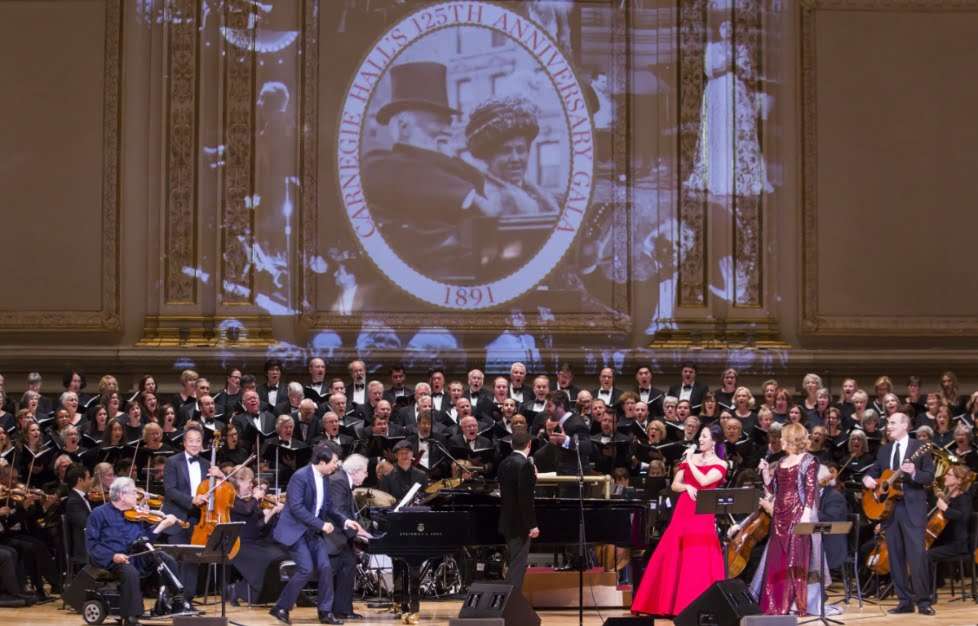 Whenever I am at Carnegie Hall I take a moment to pause beneath the full-length painting of Isaac Stern that hangs outside the Auditorium that bears his name, grateful for his leadership in rescuing the Hall from its planned demolition in 1960 and then serving as its President for over forty years until his death in 1981. Those accomplishments were acknowledged by Richard Gere and applauded by the fashionably dressed audience attending this Gala on the 125th-Anniversary of the Hall’s opening night, conducted then by Pyotr Ilyich Tchaikovsky.

To begin, Pablo Heras-Casado led the Orchestra of St. Luke’s and the Oratorio Society of New York in stirring renditions of the ‘Star-Spangled Banner’ and Zadok the Priest. Trumpets high above the auditorium added a touch of splendor to the former, and the strings were lively and lustrous, setting the stage for the excellent singers in the Handel. The participation of the Oratorio Society is particularly appropriate as it took part in the 1891 inauguration and every year since. As noted by Carnegie Hall’s archivist, Gino Francesconi, “the Oratorio Society … was the original inspiration behind Andrew Carnegie’s gift to fund a music hall.” 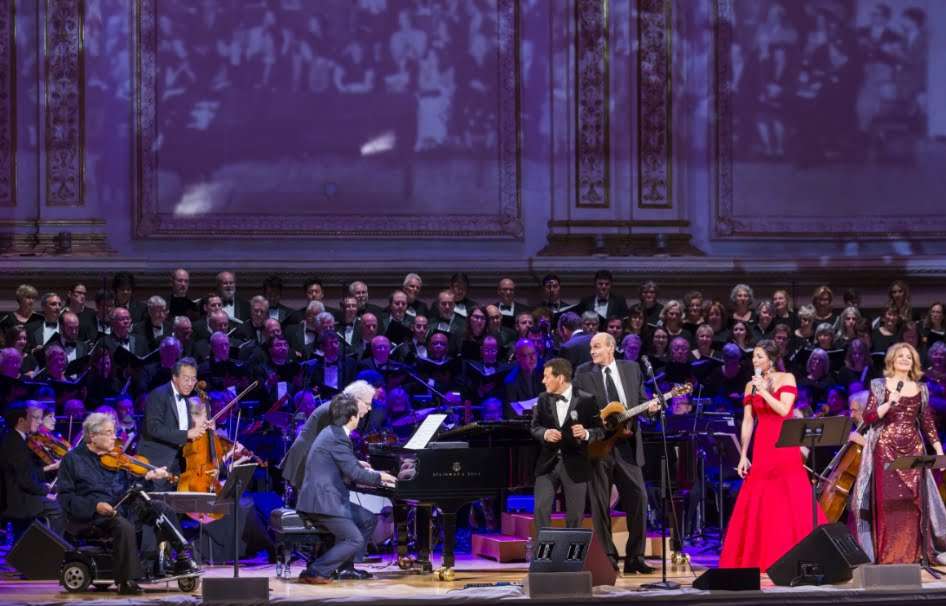 Vocal music featured next. First Richard Strauss’s ‘Morgen!’ from Renée Fleming with Perlman and the orchestra (notably from Sara Cutler on harp) providing a tender accompaniment, then Fleming and Isabel Leonard in the ‘Barcarolle’ from Offenbach’s The Tales of Hoffmann, and finally Leonard’s dramatic rendition of the ‘Habañera’ from Carmen, with terrific contributions by the chorus and The St. Luke’s players in the latter two. Martina Arroyo and Marilyn Horne were greeted enthusiastically. They recalled many of the great singers who have performed at Carnegie, and introduced a video greeting from First Lady Michelle Obama.

The remainder of the evening turned to popular music, with amplified voices. Fleming sang ‘Hallelujah’ by Leonard Cohen, seeming at least as comfortable in this repertory, and Michael Feinstein gave George Gershwin’s ‘Strike Up the Band’ a rousing outing. Then he and Leonard performed songs by Irving Berlin (‘Cheek to Cheek’, ‘Isn’t this a Lovely Day’, and ‘’Let Yourself Go’) and Jerome Kern (‘I Won’t Dance’ and ‘A Fine Romance’), in a medley arranged by John Oddo. 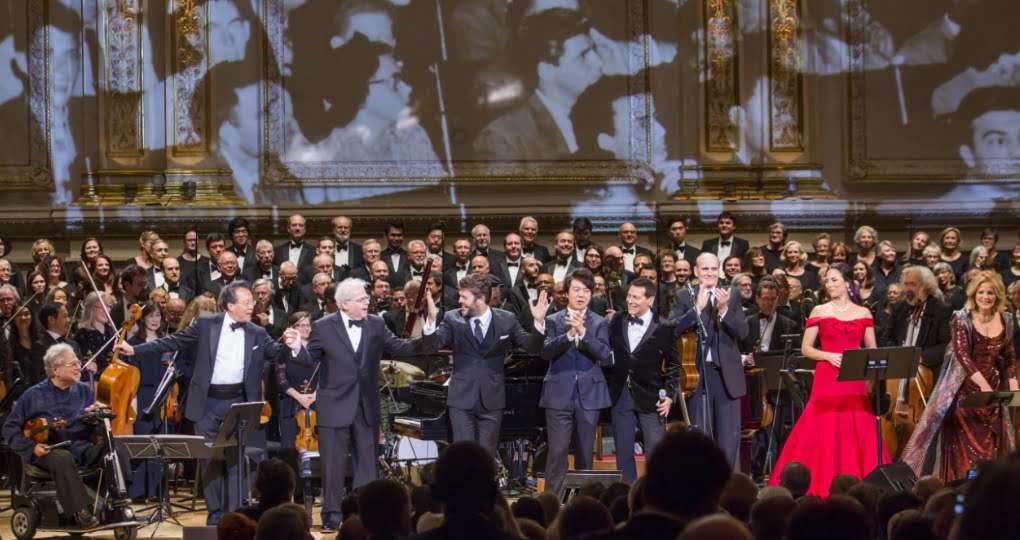 The final selections featured James Taylor, beginning with George Harrison’s ‘Here Comes the Sun’, Taylor’s vocal accompanied by his guitar and Ma’s cello, and then offered a song of his own, ‘You and I Again’ with Ma and the orchestra. Taylor took up his guitar again, and with swaying choristers in ‘Shower the People’.

To conclude, all of the participating artists were together for a Finale with lyrics written for this occasion by Sean O’Laughlin. One of projected images was a black-and-white photograph of Yehudi Menuhin, Dietrich Fischer-Dieskau, Mstislav Rostropovich, Vladimir Horowitz, Leonard Bernstein and Isaac Stern, all of whom performed at Carnegie Hall’s 85th-anniversary concert. Tonight’s Gala was no “Concert of the Century” as that one was aptly billed, but it was a most enjoyable evening by musicians who have played an important role in the recent history of this marvelous venue.