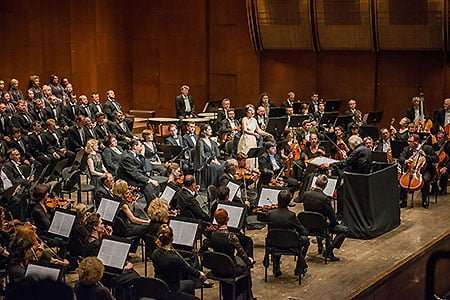 Nikolai Rimsky-Korsakov’s The Tsar’s Bride is one of two operas (the other is Mieczysław Weinberg’s The Passenger) being presented in this summer’s Lincoln Center Festival, which brings performances by artists from around the world to the Center’s campus and several other New York venues during July and August, including the Bolshoi Ballet performing Swan Lake, Don Quixote and Spartacus, Kabuki theater by Heisei Nakamura-za, and Genet’s The Maids given by the Sydney Theatre Company with Cate Blanchett.

This concert performance (the first of two) of The Tsar’s Bride by Bolshoi Opera was of top quality throughout, featuring soloists with distinctive voices that projected well and blended together in many marvelous ensembles, an outstanding chorus that sang with precision of pitch and diction; a fine orchestra whose musicians are completely attuned to the idiom, and a legendary conductor who lives and breathes this music and knows just how to evoke both its beauty and its theatricality.

The Tsar’s Bride, the ninth of Rimsky-Korsakov’s fifteen operas, has seldom been performed in the West although it is the most popular of his operas in Russia. This discrepancy is rather surprising, since the music, rich in vocal and orchestral melodies and colors, bears a stylistic kinship to Verdi, and its convoluted plot is no more confusing than those of many operas that enjoy greater fame. Fortunately this Western neglect seems to be diminishing. The Tsar’s Bride has been performed at the Royal Opera in 2011 and in the season just ended at Berlin Staatsoper and La Scala, and there are rumors that it will soon be added to the Metropolitan Opera’s list.

The opera has only the most tenuous connection to an historical event – the death, just days after their marriage, of Tsar Ivan the Terrible’s third wife, whom he selected from twelve finalists having congregated some two thousand girls from all over Russia. The poet Lev Mey entangled that historical mystery in an entirely fictional web of jealousy, intrigue and death, creating a tragic drama. 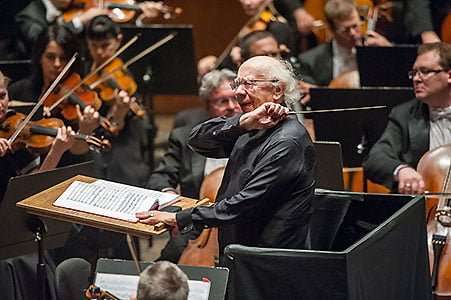 The plot revolves around the ill-fated betrothal of Marfa Sobakina to her childhood sweetheart, Ivan Lykov, and the attempts by two villainous characters to prevent that marriage. The evil-doings are set in motion when Grigory Gryaznoy, a member of the Tsar’s secret police whose marriage proposal Marfa had declined, arranges for Bomelius, the Tsar’s German physician, to provide him with a potion to make Marfa fall in love with him. Grigory’s mistress, Lyubasha, overhears this plot and, angry at being abandoned, determines to seek revenge by replacing the love potion with poison, which Bomelius also supplies when she yields to his sexual demands. At Marfa and Lykov’s betrothal ceremony, Grigory poisons Marfa by adding what he believes to be the love potion to her goblet, after which it is announced that the Tsar has selected Marfa to be his bride. In the final Act, set in the Tsar’s palace, the plot unravels quickly in a series of confessions. First, Grigory announces (falsely) that Lykov has confessed to poisoning Marfa, and when he reveals that he has executed Lykov, Marfa goes mad, mistaking Grigory for him. The remorseful Grigory confesses responsibility for Marfa’s illness, blaming Bomelius for substituting poison. When Lyubasha admits that it was she who made the substitution, the enraged Grigory stabs her. He is captured and taken away to face torture and death, bidding farewell to Marfa who, still believing him to be Lykov, asks him, with her dying breath, to “come again tomorrow”.

Gennadi Rozhdestvensky, whose association with the Bolshoi dates back to 1951, entered to a huge ovation. Although he walked slowly and was seated on the podium, he conducted with a vigor that belied his 83 years. Beginning with the Overture, he masterfully brought out Rimsky’s brilliant orchestral colors and set lively tempos that conveyed the spirit of Russian folk-music that pervades the opera.

Although this was a concert performance and devoid of costumes, props and physical action, Rimsky’s score pointedly uses the orchestra to illustrate – and at times to anticipate or recall – events, and Rozhdestvensky took full advantage of those opportunities to project the opera’s theatricality. He thus emphasized the ominous discordances that signal many instances of dread: Lykov’s impolitic observation that some Germans call Tsar Ivan IV “The Terrible”; the scheming of Grigory and Lyubasha with Bomelius; Marfa’s trembling under the Tsar’s gaze; Grigory’s poisoning Marfa’s goblet; the shocking announcement that Marfa has been chosen to be the Tsar’s bride; and the opening passage of Act Four signaling Marfa’s fatal illness. On the brighter side, in the opening Act’s choral paean to hops and beer, Rozhdestvensky accented the solo clarinet and the rhythmic beats of tambourine and triangle, helping us to imagine the dance that would have been seen in a staged performance. Finally, as the opera ends, the brass signifies Grigory’s doom and the harps accompany Marfa’s pitiful final words.

Bogdan Volkov and Olga Kulchynska were charming as the young lovers, Lykov and Marfa, with the soprano’s bright, clear top lovely both in tandem with Volkov’s lyric tenor in Act Two and in her brilliant mad scene in Act Four. But it was the darker voices that were most prominent, notably Agunda Kulaeva as Lyubasha and Elchin Azizov as Grigory, the estranged couple whose separate plots bring on catastrophic consequences. Kulaeva’s rendition of Lyubasha’s strophic song in Russian style about a woman forced into a loveless marriage, brought the house down, and Lyubasha’s trio with Grigory and Bomelius as she overhears the men scheming was also excellent, with Marat Gali’s strong tenor voice as the easily corruptible doctor contrasting nicely with the lower timbres of the other two. Deepest of all was the basso profundo of Vladimir Matorin as Sobakin, who anchored several ensembles, including a gorgeous quartet with Volkov, Kulchynska and Elena Novak (as Marfa’s friend Dunyasha) in Act Two, a trio for Sobakin, Grigory and Lykov in Act Three and a sextet in the betrothal scene.

The Bolshoi Chorus sang superbly and was able to hold its own against the loudest orchestral outbursts. The men were particularly impressive in their toast to the Tsar (to a folk-tune that Mussorgsky used in the ‘Coronation Scene’ of Boris Godunov), and the women sang beautifully along with the sextet in Act Three.