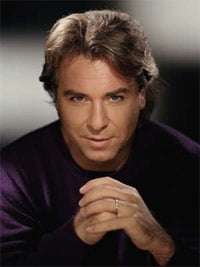 “I come to bury Caesar, not to praise him”. The words from the third act of “Julius Caesar” occurred to me in anticipation of this concert. Would I find a distressing deterioration in the once golden voice of Roberto Alagna, after not having heard him for some years? The obituaries for Giuseppe di Stefano last month were a sombre reminder of how a tenor, once (justifiably) acclaimed as the possessor of a sublime instrument, can suffer a rapid vocal decline. In the Sicilian tenor’s case it was little more than ten years before the gorgeous liquidity of his tone and its consistency through the scale at all dynamic levels had been compromised, the sound coarsened.

Would a similar tragedy have befallen Alagna? He had arrived on the scene at the height of “The Three Tenors” craze, the possessor of a lyric tenor with a very individual plasticity of tone, sounding particularly at home in the French lyric repertoire. He had crossed-over from the arts pages to the celebrity columns quite rapidly, mobilised by the premature death of his first wife and the developing relationship with Angela Gheorghiu. After the (figurative) honeymoon period came the incidents, the cancellations, the fallings-out with opera houses, culminating in his walk-out from La Scala on the second night of “Aida” in December 2006 on being booed following a nervy ‘Celeste Aida’. The controversy continues to follow him around: a “concept” production of Gluck’s “Orphée” in Bologna directed by his brother received critical execration just two months ago. The fear, then, was that we might be faced with the wreckage of a once-sovereign voice.

This concert did not begin well, with some distinctly untidy ensemble among the tricky instrumental strands of the ‘Exiles’ Chorus’ from “Macbeth”. Our soloist entered to take up the thread with his aria, as he would in a theatre performance and one’s anxiety was immediately removed: the power of the voice was undiminished, as the ringing phrases of Macduff’s summons to his troops filled the auditorium. The last line of the recitative was delivered with a perfectly controlled diminuendo, leading to an extrovert performance of the aria which was received by the audience with acclaim and by Alagna with a smile—was that of relief to find the voice in such good fettle? 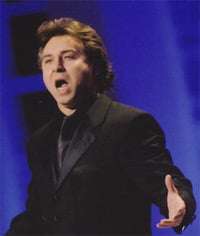 The first major test was presented by the difficult and prolonged battlefield Scena of Don Alvaro, The fresh, pure tone of the early years is clearly now limited to the middle register and from the first excursion above the stave it was evident that an abrasive quality had entered the sound, while the crucial B flats at the inflamed moments of the aria were appropriately tinged with Alvaro’s desperation but trying on the ear. Nevertheless this was a stirring performance. It was followed by an eccentric rendering of the aria from “I Lombardi”, which was vitiated musically by aspirates in the first phrase and an ill-tuned climax on high, while the dramatic import of Oronte’s prayer for Giselda to reciprocate his love was undermined by huge grins from the singer and a flippant demeanour, as if to suggest that this was a piece of cake after the earlier test.

It was Alagna’s nemesis, ‘Celeste Aida’, which ended the first half. He started nervously, going sharp on the rising ending to the recitative “per te ho vinto” and offering us some more aspirates in the first line of the aria itself, but then came the turning-point: he took a risk in flinging out the first climax at “ergerti un trono” with unambiguously thrilling results and this seemed to fill him with confidence. The final phrase was fearlessly projected, using the alternative ending written for Verdi’s second Radames, Giuseppe Capponi, of leaving the high B flat early and repeating the last three words an octave lower. This was a triumph and must have done something to exorcise the singer’s ghosts.

After the interval, Alagna returned in a new shirt and with apparently new-found assurance. In Alfredo’s scene from Act Two of “La traviata” it was again the recitative which benefited from Alagna’s impeccable enunciation (a link, this, with di Stefano), while his transmission of the character’s delight and exaltation as he sings of his rejuvenation in Violetta’s company was eloquent indeed. The Andante (with the violins playing their quavers authentically pizzicato) unfortunately brought another sharpening of pitch in the cadenza. The Duke’s Ballata followed; Alagna was admirably absorbed into the character even in this shortest of solos.

‘Quando le sere al placido’, though actually composed during Verdi’s “years in the galleys”, would not be out of place in his greatest masterpieces. The delicate chromatic tracery of the introduction to each verse, the extended recitative with its indignant mood, so powerfully contrasted with the elegiac tints of the aria proper, plus the opportunities it offers the singer for subtlety and nuance, belie its origins. Alagna, now entirely sure of himself, hurled out his accusations with righteous anger but how one was moved by his sense of loss and isolation in the aria, the second verse of which he sang in a fully controlled mezza voce.

The tenor’s final appearance was just as inspiring. This time the he emerged tie-less and also removed his jacket, to use it as a prop for Otello’s Death Scene. He clasped it with the remorseful tenderness with which he might have embraced his victim Desdemona, while he uttered a searing farewell to her, including the most daring diminuendo pause on the word “morendo”. At the end he hugged Ion Marin in the clear consciousness that he had gone through some vicissitudes but emerged triumphant.

The orchestral and choral elements of the evening were also uneven. Marin seemed more at home in the more mature Verdi. There was a vast difference between his conducting of the overture to “The Force of Destiny”, with some thoughtful touches, such as the little rhythmic surges in the transcendent Leonora theme, and the mannered effects (the fussy dynamic detail, for example) which he introduced into the Nabucco Prelude, which does not need improving. The most memorable instrumental event was the Quadrille on themes from “Un Ballo in Maschera” by Johann Strauss II. The setting of Oscar’s music and the wit devoted to the ‘E scherzo’od è follia’ theme were delightful, but Strauss surprisingly and imaginatively even used the ominous trio from the Gallows scene. The London Symphony Chorus had to cope with Marin’s slow tempo in the big tune of ‘Va pensiero’ but excelled in the Anvil Chorus.

The evening belonged to Roberto Alagna. If his career was flagging, as surely it was, he may well have rejuvenated it with this concert, and certainly established that Verdi should be his métier.