Finzi
Before and after Summer, Op.16 – I: Childhood among the ferns; IX: Amabel; VIII: Epeisodia
I said to love, Op.19b – I: I need not go; V: For life I have never cared greatly
Earth and Air and Rain, Op.15 – VIII: The clock of the years; X: Proud Songsters
Ireland
Three Songs to Poems by Thomas Hardy – I: Summer schemes; II: Her song
Great Things
Five Poems by Thomas Hardy – V: Dear, think not that they will forget you
Britten
Winter Words, Op.52 – VI: Proud Songsters; II: Midnight on the Great Western; VIII: Before Life and After
Ian Venables
A Kiss
John Dankworth
De Profundis 1

As part of the year-long “Time Unwrapped” series at Kings Place, Iain Burnside and Roderick Williams examined settings of the master of nostalgia and pathos, Thomas Hardy. Between the songs, by way of a more-contemporary poetic and female parenthesis, Sorcha Cusack read poems by Elaine Feinstein, Sharon Olds, W. B. Yeats, Hardy and others.

The elegiac arpeggios distinctive to Gerald Finzi set the scene with ‘Childhood among the ferns’ – arching phrases echo the shapes of the ferns, as the child hides from the World. Burnside played with descriptive clarity, matched by Williams’s sensitive, expressive baritone. The glories and protection of Nature contrasted with the ominous rumblings in the accompaniment; themes explored by Britten in Winter Words (transposed from tenor to baritone): the haunting and haunted ‘Before Life and After’ was the anguished, existential fulcrum highlight of the evening. Raindrops and the physical intimacy of childhood and shelter continued in the poem by Naomi Shihab Nye, Shoulders, conveyed with delicacy and directness by Cusack. 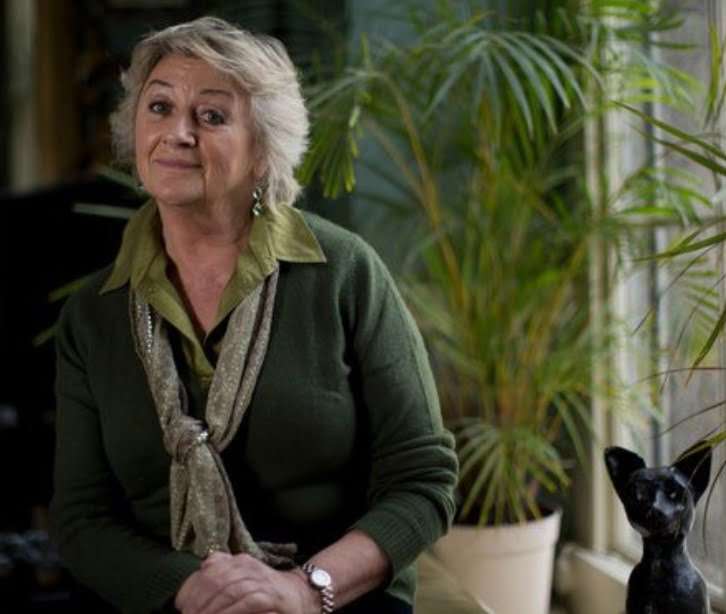 Lighter folk-inspired settings by Finzi and John Ireland followed, ‘I need not go’ and ‘Summer schemes’, with Britten’s ‘Proud Songsters’, infusing an insistent, visceral note under Burnside’s hands. Adrian Mitchell’s prose, Yes, brought a measure of humour and very different rhythms compared to the pastoral Finzi settings which came next.

The interior ‘For life I have never cared greatly’, and the gently ironic ‘Amabel’ about the vicissitudes of love, expressed in dancing triplets like laughter. Cusack here interspersed two of the most effective poems: ‘The Ruined Maid’ (Hardy), surprisingly knowing, and ‘Getting Older’ by Feinstein added a layer of wit and sparkle.

Another musical change of mood followed with Ireland’s Great Things, delivered with panache and theatricality as the poet extols the virtues of dancing and love. Here in the middle of life, there is a sudden dramatic intimation of its end. Williams was thrillingly convincing here as the voice of the Almighty thundering down between scenes of fun and levity. Ian Venables’s A Kiss, and John Dankworth’s melancholic De Profundis were seamlessly blended into the whole.

Williams’s gift for storytelling in song was only outpaced by the vocal fireworks of the Britten settings. Finzi’s ‘Proud Songsters’ brought the journey to a close; from the transparent piano introduction to Williams’s sensitive description of the birds returning to atoms, every note was cherished. The timeless messages contained in Hardy’s verse are effortlessly mirrored in Finzi’s musical language. A typical Hardy lyric of bittersweet lost love ‘To Lizbie Browne’ (from Finzi’s Opus 15) acted as an encore.