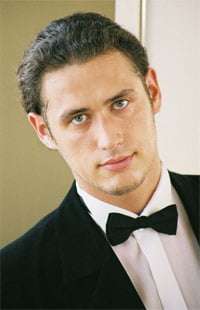 This concert brought to an end the eleventh season of Rosenblatt Recitals. Ian Rosenblatt, the London solicitor and independent impresario, can take pride in the fulfilment of his idea of sponsoring regular vocal recitals with piano, precisely the sort of programming which has been increasingly hard to find on the London concert scene in recent years. Singers presented have included major competition winners, including two Cardiff Singers of the World, singers in the early stages of their careers and established artists previously unheard in recital in London – a stimulating mix. The failure rate has been minimal and even last-minute substitutions have maintained the standard.

Basses tend to be rare birds in solo recital, though Roberto Scandiuzzi and Michele Pertusi have given treasurable concerts in this Rosenblatt series. Alexander Tsymbalyuk is in his early thirties, a multiple competition winner and company member at the Hamburg Opera. The size of Tsymbalyuk’s voice is prodigious but in the songs he rationed his rugged tone. In the lugubrious “On golden cornfields” set against a background of nocturnal silence in which gnawing thoughts of guilt and regret assail the poet, the singer offered judiciously measured crescendos and a fine diminuendo to conclude the song. In “The terrible moment” he for the first time roused us with the power of his fortissimo at the poet’s plea to his beloved to put him out of his uncertainty. Otherwise this always seems a song where Tchaikovsky’s music has failed to energise the poem, with its powerful rhetoric. “None but the lonely heart” could have done with an injection of Lawrence Tibbett-style heart-on-sleeve intensity; this was a bland performance of little contrast. 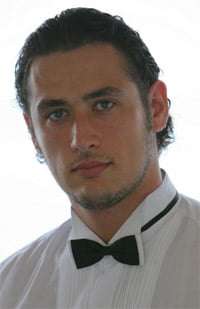 There was no great range of mood or style in the selection of these Tchaikovsky romances. A melancholy tone persisted throughout. Sad contemplation of a failed relationship is the theme of “Crazy nights”, where Tsymbalyuk successfully portrayed the poet as imprisoned by his obsession. More sadness in “The fading candle light”, in which Tatiana Knyshova’s treatment of the piano part with its characteristic dying fall at start and finish and the weight of her accompanying chords sustained the deeply pessimistic poem. She was a sovereign accompanist in all these songs. Her account of the whirling interludes of “Don Juan’s Serenade” had not a note out of place but she did not fail to support the singer’s verses as well, giving buoyancy and propulsion to his wooing.

There was much more variety to be had in the five Rachmaninov songs. There was some high tessitura to negotiate, notably in “In the silence of the secret night” and some passionate declamation but Tsymbalyuk’s large voice could be managed, as he showed in a controlled morendo to end that song. The long phrases in “At the gates of the holy cloister” set a test of his technique in sustained singing which he passed impressively. The very short “Vengeful God has taken everything” packed a real punch, while in the drink-fuelled joviality of “Were you hiccoughing, Natasha” he took his opportunities for vocal and physical acting.

For the operatic arias after the interval the singer released the brakes. With a line informed by greater vibrancy and the release of some ringing top notes he evoked the kind of audience acclaim normally reserved for tenors. His Verdi was rather limited to generic indignation in the aria from “Ernani” (which included the questionably authentic cabaletta) and dark foreboding in Banquo’s nocturnal aria. I also noticed a slightly stiff patch of tone around B and C before he moved into the refulgent area at the top of the voice.

The three solos of Mefistofele provided more opportunity for detailed characterisation. In ‘Ave Signor’ the irony of his initial address to God was liberally coated in vulgarity, darkening for the legato passage. In ‘Son lo spirto che nega’ he became a huger-than-life character, the sinister opening to each stanza travelling towards a comic patter song, with his own whistles. In ‘Ecco il mondo’ the similarity to Iago’s ‘Credo’ (Verdi’s “Otello”) emerged, even without orchestral support. Its triumphant derision was crowned by a firm top F. One had the impression that this singer would be most at home in other roles where he could dominate: “Boris Godunov” should be on the agenda. Ukraine produced three of the most richly gifted basses of the last century, Alexander Kipnis, Mark Reizen and Boris Gmyria. On this evening it did not seemed far-fetched to think of Tsymbalyuk as a potential successor to them.

This ongoing series of “Rosenblatt Recitals” is a godsend for vocal cognoscenti but it goes far beyond a specialist interest. By engaging musicians of varied provenance and experience Ian Rosenblatt is performing an invaluable service to the cultural life of the capital.