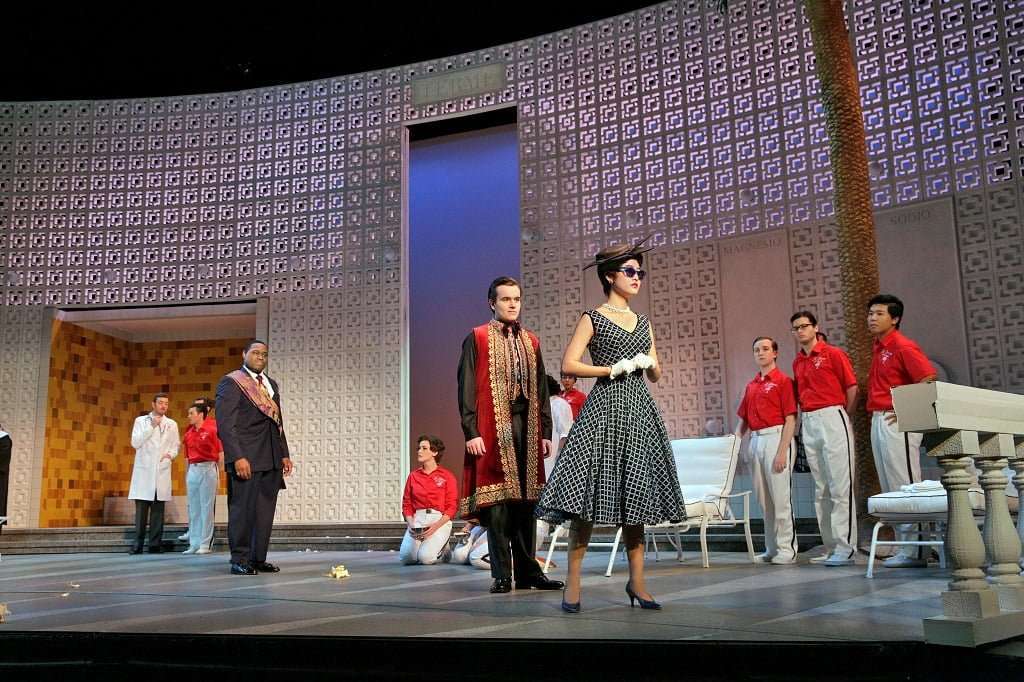 When Madama Butterfly was premiered at La Scala in 1904 the audience was very vocal in its disapproval. Shouts of “Bohème!” filled the auditorium as some unmistakable similarities between the music of Cio-Cio-San and Mimi were readily apparent. In the same theater in 1814, the cognoscenti noted with displeasure the similar characteristics of Il turco in Italia, sailing through its first performance, and Rossini’s earlier L’Italiana in Algeri. No composer stole from Rossini as much as Rossini. We Rossini fans think of this piracy as all part of the fun, and that particular spirit of élan and bonhomie infused this delightful performance at the Juilliard School.

On the surface, Turco is just another opera buffa, but the inclusion of the poet Prosdocimo makes it a masterful tale about the creation of a tale, a technique later employed by Hugo von Hofmannstahl for Richard Strauss’s Ariadne auf Naxos. The put-upon writer engineers the twists and turns of the plot for his own creative purposes, reducing the rest of the cast to the ridiculous, regardless of their passions or empathies. Like Pirandello, Prosdocimo is the author for whom the other six characters are searching. The piece was not performed in Italy for 95 years until revived in 1950 in Rome with Maria Callas as Fiorilla and has since become a semi-regular visitor to stages. 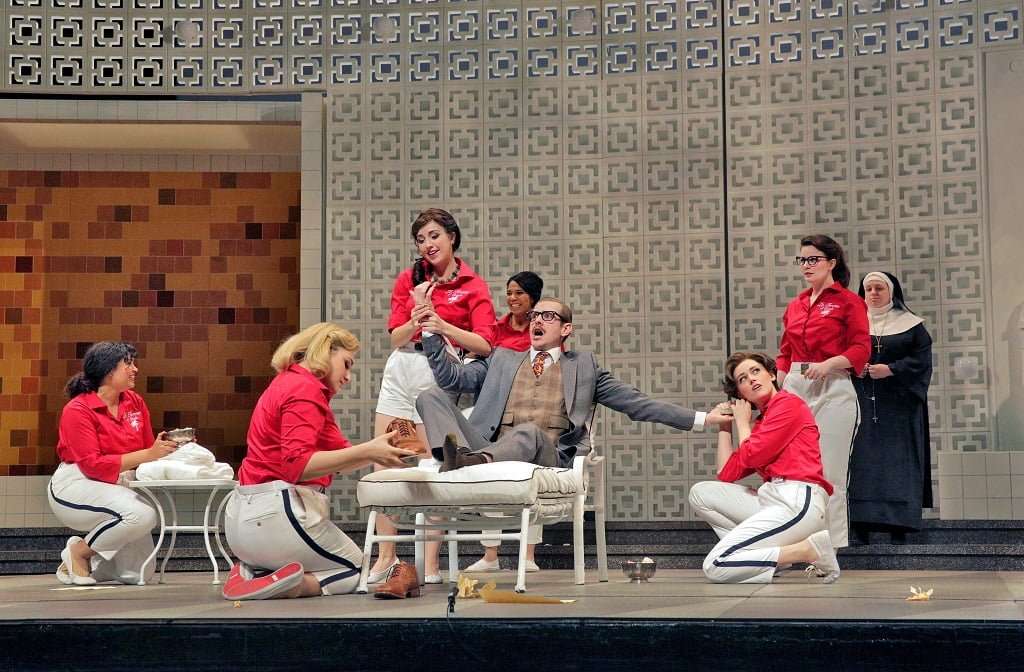 Speranza Scapucci meant this performance to be a practicum concerning modern adaptation of the Italian classics. In this mission she was extremely successful, for her students, in addition to mounting a very entertaining iteration, obtained much practical experience in the real world details of their chosen craft. The theater was equipped with television sets whose accompanying cameras were focused throughout on this conductor, making the audience feel even more a part of the action. The orchestra played expertly and often unobtrusively, the trumpet call in the big quintet that is the musical climax of Act Two sounding like an additional human voice participating in the conversation.

All began and ended with Szymon Komasa’s Prosdocimo, our comically nervous raisonneur. Selim was authoritatively portrayed by Michael Sumuel, who established himself with his opening ‘Bella Italia’ and blended nicely with Fiorilla in a duet. Narciso was the sweet tenor of Joseph Dennis. Hyesang Park made for a lively Fiorilla, her acting and terpsichorean skills to the fore and displaying marvels of pitch control; however, she does need to control her breathing much more assiduously. Most impressive was the mezzo of Kara Sainz, whose Zaida seemed the most advanced voice on that stage. The Juilliard proscenium is a prime launching pad for professional opera singers and she may be well on her way.

It is now apparently the law that all Italian operas must be set during the Eisenhower administration. Here we had only one design arrangement: a Neapolitan spa in 1960. The women had their obligatory Audrey Hepburn outfits while the males appeared in suits that would have been right at home at Sterling Cooper Draper Pryce. What was once a rather clever touch then became a cliché and today is simply the accepted norm. Let’s make a conscious decision to treat this as a cutting-edge parody rather than simply a bow to contemporary ‘creativity’. Missing entirely were the comic costumes, no funny hats, no overblown or misshapen turbans, little business with veils. The beach umbrellas are of a garish stripe and the lighting throughout apes the threatening sunlight intensely. Luckily, the music itself lent enough comedy to carry the day. However, I have been searching for 60 years for a part that I could play with conviction. This rendition of Turco has a character that simply reclines on a chaise longue through virtually the entire performance. If there is ever a revival of this production, feel free to call me.