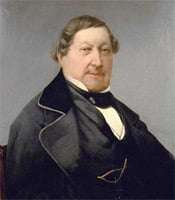 Rossini’s “Petite messe solennelle” has attracted much criticism, ranging from the flippant (Napoleon III supposedly pointed out that it was neither small nor particularly solemn nor even really a Mass) to the condescending (accusations of inappropriately operatic treatment were common for that long period, now mercifully eased, when it was conventional to sneer at Italian operatic music of the nineteenth century). The assumption that Italian composers must be strangers to the rigours of liturgical music plagued the reputation of Rossini’s work, as did his career path, a period of industrious activity with more than an opera a year followed by early retirement and virtually forty years without a major composition to equal his great triumphs. Great composers are supposed to carry on getting better, some of the greatest dying prematurely with frustratingly more still to offer. Contemporary accounts, aided and abetted by Rossini’s own wry writing, paint a picture of a lazy, self-indulgent existence, punctuated by numerous works, known as “Sins of Old Age”, which are substantial in volume but superficial in style.

The revolution in operatic structures that Rossini founded was until recently submerged in critical assessment and the two substantial sacred works he wrote during those final years under-valued. The truth is that “Petite messe solennelle” is in many ways a progressive, even an unsettling work. The Ur-Messe, which I confess to preferring to this inflated choral and orchestral version (which was only premiered after the composer’s death) was intended for a mere twelve singers, two pianos and harmonium and has a unique sound quality. Rossini’s ironically self-deprecatory remarks in his Preface to the work may have led to the belief that it was a jape; the enlarged version has watered down the piquancy of the original but has allowed the work to enter the standard concert repertoire.

That the Leipzig Gewandhaus Orchestra, so steeped in the lofty North European orchestral and choral tradition, should present the work at the Barbican Centre as part of an ongoing Residency is satisfying for Rossini devotees (the two other works to be presented later this season are Beethoven’s ‘Choral’ Symphony and “St Matthew Passion”). That an orchestra and two choirs of such virtuosity should devote all their musical resources to it is even more a tribute to its quality. For this is a Rolls-Royce of an orchestra, supported here by choral forces immaculate in appearance, enunciation, ensemble and musicianship.

The opening ‘Kyrie’ indicated what we should expect from the chorus, the mystery of the first section being conveyed in controlled soft singing and pin-point entries, with Rossini’s little surges achieved with precision but restraint. The ‘Christe eleison’ is an exercise in Renaissance polyphony, marked sotto voce and presented with perfect discipline by the choirs, one of whom is, extraordinarily, an amateur body. At the same time they gave full value to the festive major section.

The veneration expressed in ‘Qui tollis peccata mundi’ encompassed both hushed awe and jubilation in like measure. The high tenor entries in particular were always mellifluous and assured. The great choral blazes at the opening of both the ‘Gloria’ and the ‘Sanctus’ were fully energised. On a more academic level, the two substantial fugues provided convincing evidence to counter criticism of Rossini’s ignorance of more theoretical musical regimes, even if both times in this account the horn section provided an undesirably prominent lump in the overall texture. The choristers were also word-perfect in the Latin text. 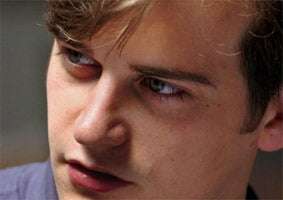 Of the solo singers, Mirco Palazzi, a singer of impressive refinement, looked for subtlety and imagination throughout his long solo ‘Quoniam tu solus sanctus’, which reminds me of being in a maze, repeatedly turning a corner to find you have been to that spot already. However, his is a light voice, which suffered from balance problems with the chorus and orchestra. He also found some difficulty in attacking a couple of his difficult entries in the unaccompanied ‘Sanctus firmly on pitch. Alexandrina Pendatchanska was a well-chosen exponent of the soprano part, which generally lies low (nothing higher than G in the solo numbers). Her ‘Crucifixus’ was sincerely pious, distinguished by long phrasing, while the interpolated ‘O salutaris hostia’ found her vibrant timbre ideally suited for the chaste pathos of the character implied behind her anonymity.

The swinging tenor ‘aria’ was given with an awareness of its dichotomy by Stefano Secco, the most powerful of the singers, a bright lyric tenor; he softened his tone suitably for the uncertainly probing middle section before joining the orchestra in the swagger of the reprise. Manuela Custer is a progressive singer, her low mezzo well-suited by the devout intensity and insistent tonal darkness of the concluding ‘Agnus Dei’, in which the colour was seconded with characteristically and carefully managed instrumental sound from the bassoons.

In part-singing the four blended well a cappella: ironically the ‘Sanctus’ has some of the most spectacular vocal effects of the whole work, with marcato sequences, wide dynamic contrasts and pairs of singers required to diminuendo on downward portamentos.

The organist Michael Schönheit performed ‘Prélude religieux’ not as a dry academic exercise (it shows clearly how much Rossini had absorbed from his study of Bach’s keyboard works) but as an inspiration: at moments he seemed spiritually uplifted by the music, a feeling which seemed increasingly shared by the performers in the final sections of the work.

Riccardo Chailly showed the confidence of working with a finely-tuned machine. In the more explicitly operatic numbers he did not ignore the innocent sweetness of the melodic writing but he made the audience consistently aware of Rossini’s adventurous harmonic shifts and the composer’s occasional tongue-in-cheek reminders of his popular operatic heritage, such as the recurrent mischievous figure which follows the false close at the very end of the work.

Chailly helped his singers decisively but benignly. Here was a conductor with complete authority over his performers and a vision of the work that he transmitted through their impeccable teamwork. In the hands of such a potent musical regiment as this the case for this work to be given membership of the large-scale sacred choral repertoire was difficult to resist.