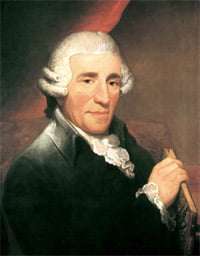 Received wisdom has it that Haydn’s operas are hopelessly lacking in drama, so no doubt director Alessandro Talevi felt he was offering vital spice and modern relevance by setting this Royal Academy of Music production of “La fedeltà premiata” in a Big Brother-style ‘house’. The people of the ancient Greek colony of Cumae are thus transformed into chav-tastic participants in a reality TV game show, presided over by a swaggering, vain host (originally the high priest of the goddess Diana).

No detail of the Big Brother phenomenon went unobserved, from the impressively-built ‘retro’ set – complete with neon strip lights, plush cushions, ever shifting microphone/camera balls, Jacuzzi, and diary-room (which provided good rationale for some of the characters’ monologues) – to instructions issued in golden envelopes and pointless tasks involving oven-gloves or giant toy spiders.

One of Haydn’s liveliest operas, its non-stop amorous shenanigans potentially lend themselves well to such updating, and there were some wryly amusing touches (the horde of marauding satyrs that run amok at the end of Act One was played, with frightening plausibility, as a gang of hell-raising Russell Brand-a-likes). But ultimately it felt as though this performance was all about the production, with Haydn’s music playing an incidental, almost inconvenient, role.

This is a great shame, because it was extremely well performed. After a cracking overture, the opera started slightly shakily (even allowing for first-night nerves, the initially sluggish pacing seemed to display a lack of confidence) but things soon picked up. The talented student singers acquitted themselves with immense skill, both vocally and dramatically. 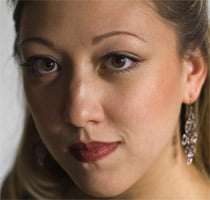 Each deserves praise, not least for the absolute commitment with which they embodied their sex-obsessed roles. As often with young voices, the women had the edge over the men. Angela Bic’s powerful and well-rounded soprano deserves to be singled out, as does Charlotte Stephenson’s fluent and fruity mezzo, which had a rich maturity well beyond her years (her superbly-controlled coloratura in an emotionally-engaging aria towards the end of Act One, enriched by a terrifically-played horn solo, was a highlight). Soubrette Lauryna Bendziûnaitë also stood out, her feisty personality suggesting the makings of a great Despina or Susanna (although her voice didn’t always maintain its pleasing bloom).

At the helm, Trevor Pinnock brought great sparkle to the generally lively music, and made the most of its turbulence and poignancy. Pinnock’s experienced hand also put the odd moment of wayward singing swiftly back on track. Yet, despite some genuinely moving moments and delightful froth, Haydn’s bubbly score doesn’t seem to have the core of emotional involvement that we take for granted in Mozart; although it is sadly impossible to offer a fair assessment of the music based on this production.

Though a plausible concept, its execution paid scant regard to the classical idiom and did Haydn absolutely no favours. Even taking the production on its own merits, its integrity was cheapened by obviously ‘student’ touches (in the most juvenile sense of the word) such as the gratuitous and incomprehensible use of cardboard cut-outs of Margaret Thatcher, Joanna Lumley and Anne Widdecombe in Melibeo’s aria.

For most of the audience it may have been an enjoyable evening, but not one to make Haydn new fans; his existing ones will have enjoyed this production best with their eyes closed.

Further performances of this double-cast production on March 4, 6 & 9 at 7 p.m.