Loewe
A selection of songs [sung in German, with English surtitles] 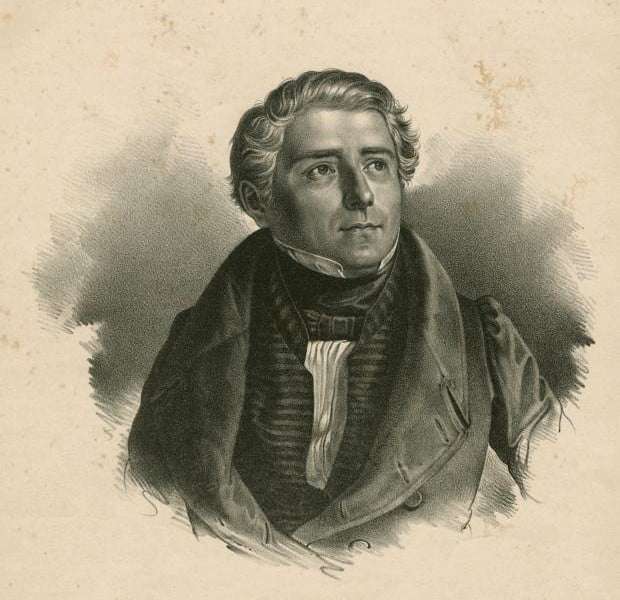 Concerts never fail to surprise. Those that are hyped, those that slip in quietly out of the blue, the ones that disappoint, the ones that make memories. What you get on the night is a lottery. Marking the 150th-anniversary of the death of Carl Loewe (1790-1869), the Royal Academy of Music Song Circle’s “Loewe Liederabend”, hidden away among the billings, was a twenty-four-carat winner.

Arguably the first such Loewe initiative in England, demonstrably the first in the 118-year history of the Wigmore Hall, the programme offered a discerning choice of nineteen songs and ballades, along with the 1836 Frauenliebe cycle setting lyric poems by Adelbert von Chamisso, written four years before Schumann’s Frauenliebe und -leben.

Loewe, one of those early north-German Romantics one reads about more than hears, spanned the years between Schubert (two months to the day younger) and Brahms. The foremost progressives of the period admired him – Wagner (who preferred his 1817 setting of Erlkönig to Schubert’s), Liszt, Schumann, later Wolf. He was a good friend of Mendelssohn, in 1827 both conducting the first performance of the Overture to A Midsummer Night’s Dream and playing second piano, to the composer’s first, in the younger man’s Double Concerto in A-flat.

A noted high baritone, Loewe’s vocal output by far outweighs the rest of his catalogue. The also-rans, however, more than repay discovery, giving us a revealing insight into his skills – on the one hand a drilled fugalist and disciplined theorist, on the other a musician of imagination and fantasy with a gift for the dramatic and the orchestral, standing somewhere between middle-period Schubert, Weber and pre-marital Schumann, with all the breezy Wienerwald gallantry of the former but little of the breathless Hoffmannesque neurosis of the latter.

Despite writing a Practisch-Theoretische Klavier und Generalbass-Schule around 1821, he wore his scholarship and organ-loft associations lightly. Two minor-key Symphonies, dating from 1832, may have nothing to do with the precedent of Beethoven’s ‘Choral’ or Berlioz’s fantastique but they tread an urgent, dramatic path, not short of involving gesture or climactic inevitability. His A-major Piano Concerto is eminently worth reviving, a phantasmagoria of images, intimacies and bravura, closer to Weber than Hummel, more-cohesively organised than John Field. There are four String Quartets too, and an exalted G-minor Piano Trio that no-one into Mendelssohn or Schumann can afford to ignore. Loewe’s modern neglect is hard to explain. His language is graciously articulated, his musical taste and judgement elegantly refined, his power to engage performer and audience unfailing.

Focussing on the vocal output, we have weighty, complex ballades, tender outpourings, pithy comedic smiles, some well-known, others gathering dust. Through their pages we meet with the inspirational German language poets pedestalled by middle Europe, Goethe in pride of place (fifty-one settings). In his programme essay, a masterclass of culture and penetrative observation, Richard Stokes, Professor of Lieder at the RAM, outlined an eloquent case for the brilliance and liberated thought of these songs, while yet mindful (a clue perhaps to their fractured survival) that “apart from a handful of juvenilia, there is no real sense of development in the fifty or so years [Loewe] spent writing [them]: Opus 1 [published in 1824] already reveals the mature composer.” Maybe – yet the beauty of melodic invention and cadence, the ‘open’ luminosity of harmony and texture, the evocative preludes, postludes and descants of the piano accompaniments, make for a succession of canvasses that, aurally, defy any notion of standing still in some stagnating, time-suspended pool.

The evening began and ended with two ballades from the three comprising Opus One (1817): Erlkönig (Goethe) and Edward (Herder) – the one in the same G-minor key as Schubert’s 1815 setting (which Loewe is unlikely to have then known except through performance or manuscript) but notably emphasising different parameters; the other, the legend of Brahms’s opening piano Ballade from his Opus 10, in the unlikely darkness of E-flat minor, bringing to my mind Christian Schubart’s description of that key’s affekt, published posthumously in 1806: “Feelings of the anxiety of the soul’s deepest distress, of brooding despair, of blackest depression, of the most gloomy condition of the soul. Every fear, every hesitation of the shuddering heart, breathes out of horrible D# [sic] minor. If ghosts could speak, their speech would approximate this key” (Rita Steblin, 1983).

Both ballades have their redoubtably famous interpreters. Kieran Carrel, accompanied by Leo Nicholson, was persuasively convincing in the first, while Paul Grant, with Gus Tredwell, brought contrast, powerful vocals and a real theatrical presence to the second, rising to a terrifying climax. Entrusted with “one of the finest of all German Lieder” (Stokes), Lynceus, der Thürmer, Opus 9 (VIII/3 1833, Faust Part II) Carrel rose majestically to the challenge, Nicholson making the most of the simple scene-setting six-bar introduction, a passage of magically Lisztian pèlerinage poetry. His humorous side found coloured release in the limping iambics of Hinkende Jamben, Opus 62/4 (October 1837, Rückert). In Tom der Reimer, Opus 135a (circa 1860, Fontane) Grant took his time – Thomas Quasthoff teaches one a lot in this respect – weaving nuanced spells of words lingering in faded sunlight and draped rooms, an old piano yielding harmonies and graces.

Stepping in at short notice for the indisposed Olivia Warburton, Hannah Bennett, with Nicholson, presented five songs of varying content and charm. Whether or not she quite found Gretchen’s “nascent passion” in Goethe’s Meine Ruh’ ist hin, Opus 9, III/2 (1822) is a moot point, but her Szene aus Faust, Opus 9, IX/1 (circa 1835), a great example of sustained scene-painting, displayed classic qualities. There was much, too, to please in the girlish daydreams and dance of Mädchenwünsche, Opus 9, VIII/4 (1833), although the ‘leaning’ points of the accompaniment and vocals might perhaps have leant in a more folk-like, Deutscher way. Both she and Nicholson negotiated the corners and bravura of O süsse Mutter, Opus 62/3 (1837, Rückert), with fluidity and aplomb, her moments of breathlessness no more than Schwarzkopf’s or Fassbaender’s. A notoriously tricky number.

Frances Gregory’s Frauenliebe, Opus 60, partnered sensitively by Richard Gowers, impressed at many levels: characterisation, personality, style. In particular, through the nine songs, her subtly changing inflections and body language conveyed a believable thirty-minute journey from girlhood and obsession to bereavement and old age. There was real beauty and artistry in this performance … and a wealth of musical roads to share: ‘Du Ring an meinem Finger’ stays with me, a little dream of lavender perfection.

Two minor quibbles. The programme book listed the singers but not what they were singing (thanks to RAM for assistance). And the surtitles were too small to read with ease, largely defeating their purpose.