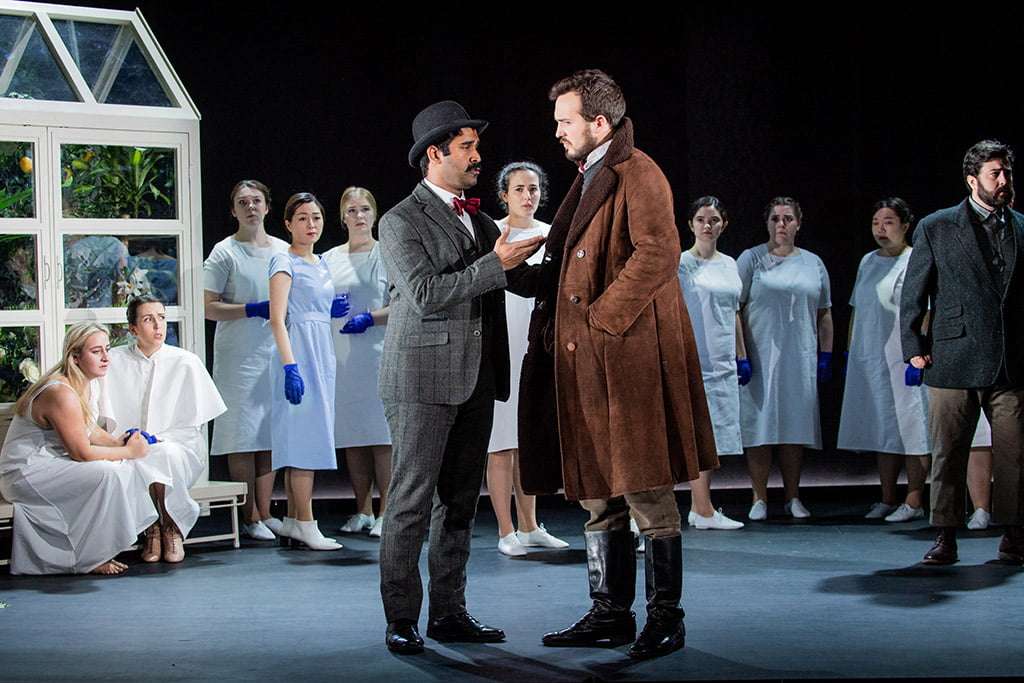 Tchaikovsky’s final opera Iolanta continues to linger on the fringes of the repertoire, despite its glorious music completely at the service of the symbolist story of a king’s daughter hidden away to keep her ignorant of the fact she is blind until a young count falls in love with her and gives her the will to see. The Sleeping Beauty meets the elusive world of Pelleas and Melisande, and the scales fall from Iolanta’s eyes.

Performances, not only in the UK, are rare – the Royal Opera hasn’t staged it, ENO might have but I can’t trace it, a concert performance from Scottish Opera, the Met has done it in a genius double-bill with Bluebeard’s Castle – but for the most part it depends on festivals and music colleges, which have generally pulled out the stops for this mysterious masterpiece.

Not so, alas, the Royal Academy of Music, with Oliver Platt’s plain, atmosphere-lite production. With designer Alyson Cummins, Platt does make one strong point in their simple set with a forest looming in the background, empty except for a miniature greenhouse on wheels (that looks like it could have come from IKEA if it did greenhouses) stuffed with exotic plants and heavy symbolism. Pathetic, blind Iolanta is looked after by a retinue of nurses all wearing rubber gloves to press home the point of her sensory deprivation, and apart from some prosaic lighting that’s about it staging-wise in an opera that thrives on layers of ambiguity.

The acting and movement from the smaller roles and the chorus is wooden and under-directed, although most of the main parts – Iolanta, her father King René, her reluctant betrothed Duke Robert, her saviour Count Vaudémont and the mysterious Dr Ibn-Hakia – make a better fist of animating and characterising their roles, and Samantha Quillish and Shengzhi Ren are outstanding as Iolanta and Vaudémont. Quillish’s light, yearning soprano and aura of innocence and confusion are spot on for a role that significantly extended Tchaikovsky’s range of victimised but passionate women, and she and Ren raise the emotional temperature considerably in their music together. Ren uses his handsome and heroic tenor beautifully, and the ardour of his portrayal of Iolanta’s knight in shining armour flag up a great Lensky at some point. He is-well matched by Sung Kyu Choi as Vaudémont’s childhood friend Duke Robert – they emerge together out of the forest, as in the forest of experience, to discover Iolanta’s enchanted garden – who is only too relieved to be released from his childhood betrothal to pursue other love interests, and Choi’s seductive baritone and attractive stage presence are cultivated and confident. Similarly, Darwin Leonard Prakash stands out as the doctor who is the catalyst for Iolanta’s cure, while Thomas Bennett stood and delivered with his impressively low, powerful but unfocused bass as King René. Leila Zanette is strongly cast as Marta, Iolanta’s companion, all down to her lovely mezzo and impressive stage persona 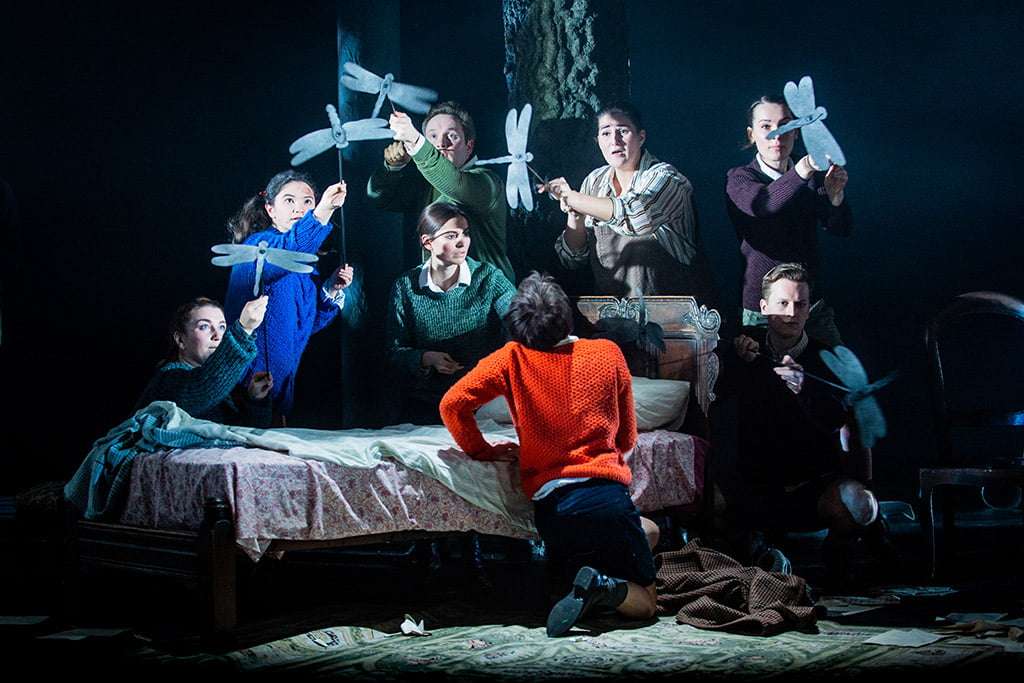 In a score that gets close to the translucency and evanescent spirit of the ballets, Gareth Hancock and the Royal Academy Sinfonia get into their symphonic stride from the moment Iolanta is persuaded that sight might be good and gave a powerful push to the opera’s mighty apotheosis – an apotheosis that was sabotaged by Iolanta’s collapse into misery, a pointless piece of directoritis that told us nothing about her or the opera. ★★★

In the end, the production is a disappointment, playing as a ninety-minute second fiddle to a magnificent, enchanting staging of L’Enfant et les sortilèges, with designs that faultlessly enter the world of childhood. The puppetry is disarmingly low-tech and delightfully imaginative, scenes such as the arithmetic lesson and the princess pictures torn out of her book are witty and touching, and in the garden the livestock come to life to teach l’enfant a lesson or two in brilliantly staged directness. Best of all, the direction restores the child to safety and normality, we hope a bit wiser, in a superb bit of staging that exactly matches the music and the magical lighting.

Olivia Warburton, sort of in the mould of Just William, is in complete command of the child’s defiance and delight in being bad and sung securely and idiomatically. It is a winner choice for college opera and all the cameo roles come across with great panache, while Hancock drew some incisively observed, stylish playing. ★★★★★