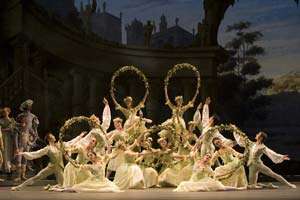 Make no mistake: The Sleeping Beauty is the acid test of the state of The Royal Ballet. It is a work which stands as the pinnacle of classical dance, and since the now-legendary Oliver Messel-designed 1946 production (which the current RB staging intends to evoke), it is the work, along with Frederick Ashton’s Symphonic Variations, which defines the company. The burden of history on any present cast is heavy indeed, and keen eyes will discern the health of the company in its performance, good or otherwise.

The production has come in for a lot of criticism from those who remember the original, but to my eyes it looks sumptuous and it provides the necessary setting for what is a precious jewel (not always valued by previous company directors) that is the choreographic text: if you want to see the nearest to the Ur-text of this ballet in existence, then it is that of The Royal Ballet. 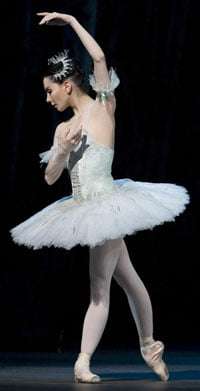 Ninette de Valois, the company’s far-sighted founder and first director persuaded Nicholas Sergeyev, notator to the Russian Imperial ballet who had brought his notebooks out of Russia with him, to help stage the company’s first full production.

This was a felicitous evening indeed, with the astonishing Tamara Rojo as Aurora, and the only danseur noble at the RB at present, the ever-elegant Federico Bonelli. Rojo is an exceptional dancer; that she sailed through the formidable technical challenges is not surprising given her strength as a technician, but she has now subsumed that aspect of her dancing into what is the essence of Aurora: style. It is a deceptively difficult role to get across, because behind the Rose Adagio lies the excitement, joy and nervousness of a sixteen-year-old on her birthday, dancing with four dashing royal suitors for her hand; behind the exquisite Ashton solo of the Vision Scene is the tranquillity of an evocation of feminine beauty but also the yearning soul of a being locked in sleep until awakened by a kiss, and behind the spectacular fish-dives of the Act III Grand Pas is the new-found confidence of a young woman released from that slumber, in love with her prince and now a nascent queen, ready to assume her position as heir apparent. Rojo has now developed into the role to portray all these facets, subsuming flashes of pyrotechnical prowess (the sextuple pirouette in the coda of the Grand Pas) into her interpretation. It is notable indeed. 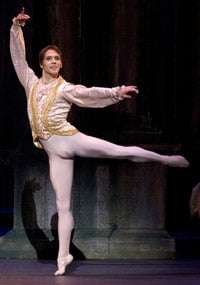 Florimund is a less showy role and indeed he only appears half-way through the ballet, but Bonelli acts it every inch the prince – distant in the hunt, yearning in the deceptively difficult Ashton solo and classically pure in the Grand Pas. Bonelli is a rare dancer (certainly in a company long on demi-caractère men and desperately short on the real McCoy), and all must be done to keep and nurture him.

The rest of the company gave a fairly clear snapshot of the state of Britain’s premier troupe. It was a surprise, not at all unwelcome, to see that the corps de ballet had been extremely well drilled, and the ensemble work of Aurora’s eight friends, the fairies’ cavaliers and the woodland nymphs was notable for its tightness and togetherness of movement, allied to a shared musicality – the carefully placed arms and hands and the crisp footwork was a contrast to and a relief from the raggedness of New York City Ballet at the Coliseum. Three cheers to the ballet Mistress Ursula Haegli. Character parts were uniformly excellent, from the viciously low-class Carabosse from Genesia Rosato to a dignified and moving Queen from Cindy Jourdain. No complaints there.

What came as a shock was the variable quality of the soloist roles. On the plus side were most of the Fairies’ solos in the Prologue which showed some young dancers getting to grips with what, in sum, is a lexicon of the classical Petipa dance vocabulary. I especially liked Victoria Hewitt’s pliant 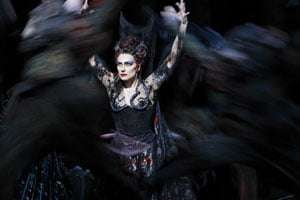 arms as Crystal Fountain and Samantha Raine’s expressivity as Golden Vine. Marianela Nuñez, one of the company’s strongest and most delightful ballerinas, was a Lilac Fairy radiating the requisite goodness, and delivering her fiendish solo with aplomb, despite over-reaching herself in the last moments; I wish she and others would settle for double pirouettes rather than attempting triples – if the first succeeds the bar is set all the higher for the rest, and it is not exactly musical. That Isabel McMeekan and Jonathan Howells made little impact in the Hunt was not their fault; it has been shorn of two of its dances, and goes for almost nothing. 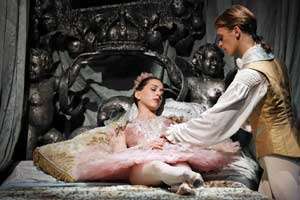 The Act III wedding was more of a ragbag for the soloists. Florestan and his Sisters is one of Ashton’s additions in 1946, a reworking of the Jewels Fairies choreography and music. In this performance it showed a worrying inequality in the ability of three First Soloists to perform in the Ashton style: Laura Morera, newly-made principal, but still dancing her old soloists roles for the most part (she is not one of the five or so ballerinas who get the lion’s share of plum parts) was everything Ashton would have wanted – musically responsive and with dynamic to her dancing and expression to her movement. Deirdre Chapman, an admirable but sometimes bland dancer gave us Ashton-lite in her unwillingness to bend and swoop quite enough and Valeri Hristov blithely danced his solo as if unaware it was Ashton in the first place. Don’t get me wrong – he is a serviceable dancer, but no-one who didn’t know would have guessed that he was dancing Ashton. The Bluebird pas de deux, far more demanding than the Grand Pas, was a dull affair, with the normally perky Sarah Lamb looking out of sorts and unstylish, and Yohei Sasaki all too obviously running out of puff in his admittedly unforgiving solos.

The ROH orchestra, under Valeriy Ovsyanikov, was sluggish, the conductor having much the same affect as the Lilac Fairy at the end of Act I – they both wave their baguettes (magiques or otherwise) and put others to sleep.

So what was the test result? Well, the company generally look good and, on a good night, have principals to rival any in the world. The corps de ballet is in fine fettle, properly rehearsed and showing pleasing responsiveness to the music, but it is at soloist level that questions need to be asked – there is too much variability and too little consciousness of the requisite style for comfort.