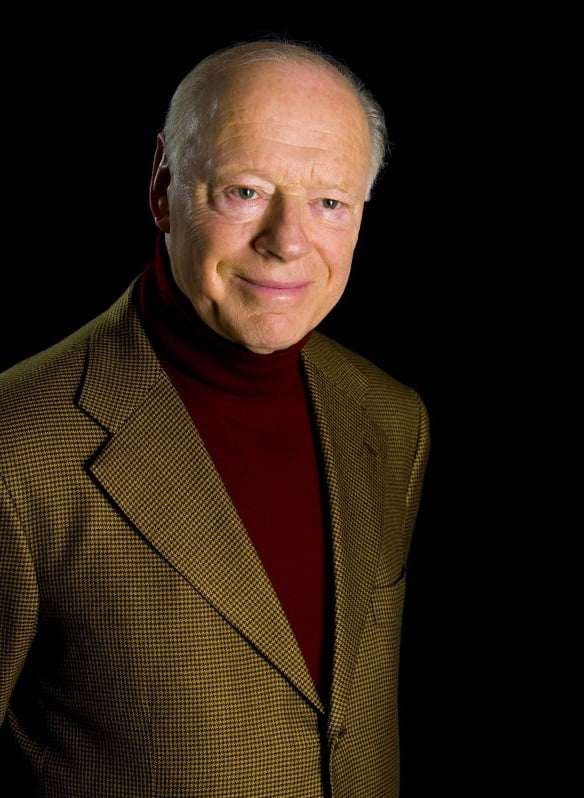 Bernard Haitink has been a regular visitor to the Royal College of Music for a number of years, conducting Bruckner, Mahler, Shostakovich and Richard Strauss. This time it’s Ravel’s Daphnis and Chloe for two evenings – this was the first – and preceded by several a cappella numbers directed by Neil Ferris, which found the RCM Chorus in fine fettle.

What was remarkable about this choral entrée was how 200 or so singers made such a well-rounded sound, never too loud or with any imbalance, and with a variety of volumes, that all came together to illuminate each of the six settings. Neil Ferris led focused, committed and unanimous realisations of some enjoyable music, richly expressive in Saint-Saëns’s ‘Flowers and Trees’ or voluptuous in the Debussy. Poulenc’s offering rose in ecstasy and the palm went to the quite lovely and harmonically opulent Duruflé.

Such a big choir might be thought too much for the vocalisations of Daphnis, but there was hardly a moment when oral domination was apparent. With the orchestra now positioned, the moment Bernard Haitink entered one was aware of the warmth of the (sold-out) audience to him and also how collectively concentrated the players were before a note was sounded.

Haitink began Daphnis with the merest of gestures, discreetly authoritative, and throughout he guided the students lucidly and invitingly and they in turn played with confidence and devotion, having first of all been honed by tutors. Haitink, as part of a slow-burn, nearly sixty-minute reading, achieved refined Ravel and was integral to the whole, the subtlest nuances sought (and found) and the quietest dynamics quivered with allure. This is not to suggest that things were underplayed, for there was all-encompassing glory when required as well as sways, delectations and enticements. Haitink isn’t one to exaggerate, but he can inveigle the listener with sheer musicianship, and when addressing such aspects as trombone glissandos, well, they were tailored just-so. 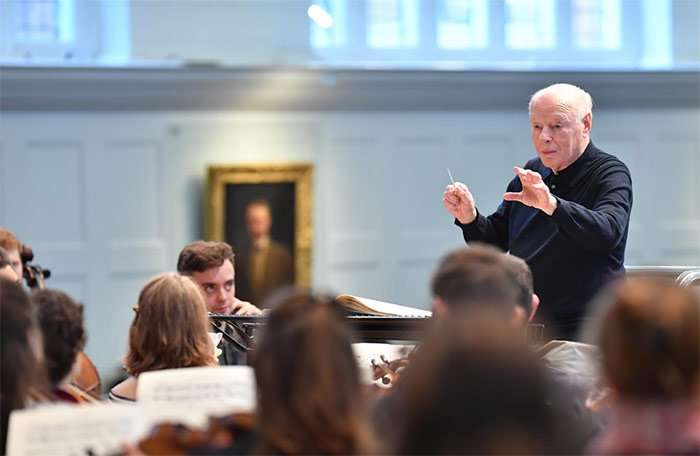 Not that excitement was lacking, as a fiery and incisive ‘Danse guerrière’ proved, stamping pirates with cutlasses flourished, and ‘Lever de jour’ was full of new-day wonderment, with an extra frisson of pleasure generated when Daphnis and Chloe are reunited (superbly elated trumpets as the couple embrace). In ‘Pantomîme’ Kristin Hammerseth’s flute solo was seductive, as at other times were those from the leader Alex Lomeiko who conjured sweetness from her violin. With the culminating ‘Danse générale’, its metrical divisions meticulous, there have been wilder bacchanals but this was a celebration in-keeping with what had gone before. Ravel termed Daphnis a “choreographic symphony”; Haitink, without fudging imagery or scenario, gave us the symphony.

This is a remarkable score, sophisticated in creation and challenging to recreate. The RCM Symphony Orchestra was inspired by its conductor, every gesture for the players, and I was absorbed by what I heard. Indeed it became curiously compulsive and remains potent – because the music is marvellous, Haitink knows how it all fits together, and the talented young musicians were so attentive to his every intimation. Even now, I am not sure I have done this performance justice!